Stay In-Tune with one of these Guitar Tuners on Amazon 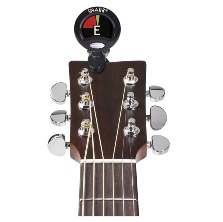 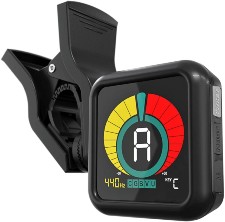 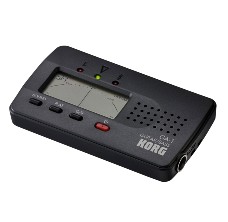 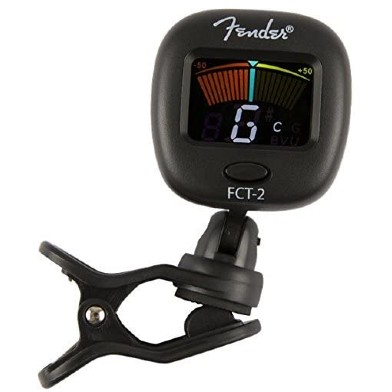 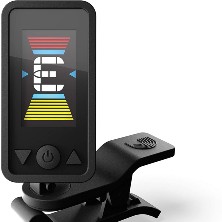 Almost all guitar players have encountered the unfortunate moment when the tuning of their guitar goes off just before a big performance, and they don’t have a tuner at hand. While trying to tune the guitar by ear, there’s a big risk of breaking a string or incorrectly adjusting your instrument. This is why you need a trusty guitar tuner with you at all times, so your guitar can sound pitch perfect always. With a quality guitar tuner, you'll never find yourself off pitch. Stay in-tune with one of these guitar tuners on Amazon in our list of top picks below.

This guitar tuner is a handy little tool that can be clipped on to your violin, guitar, bass or ukelele. With a bright colored display, it’s what you always need in your instrument bag.

The Snark SN5X Clip-On Tuner for Guitar, Bass & Violin comes with a frequency range which is trained for various instruments, as well as a rotating head that you can turn to see clearly. It also has a tap tempo metronome, which enables you to check out your tuning to the beat.

This compact clip-on guitar tuner helps you tune your stringed instruments perfectly in no time. It can be easily clipped on to the head of the instrument, perfect for beginners and professionals.

The KLIQ UberTuner – Professional Clip-On Tuner for All Instruments helps musicians stay on key with its advanced microprocessor and Piezo sensor. Since it picks up on vibrations from the instrument, it can also be used for pitch perfect tuning in a noisy setting.

This compact guitar tuner is perfect for tuning all kinds of bass and other guitars, and can tune guitars up to 7 strings. Its high-sensitivity needle display allows you to pick up on the pitch quickly.

The Korg GA1 Guitar and Bass Tuner allows you to tune your guitars the old-fashioned way. It features a needle-style display, which allows you to clearly see if the string is tuned too sharp or too flat. It has automatic pitch detection, and a button for simple switching between guitar and bass.

This wonderful guitar tuner is perfect for a quick and thorough tuning. It’s easy to use and read, with a wide frequency range. It’s suitable for beginners, as well as professional musicians.

The Fender FT-2 Professional Clip on Tuner is a handy little device that has a bright and clear indication to let you know if the tuning is perfect or off. It has a flexible neck that you can move around to see the display properly.

This compact guitar tuner provides a quick and accurate tuning to all kinds of guitars. It can be easily attached to the guitar head and the string vibrations allow for optimum accuracy.

The D’Addario Accessories Eclipse Headstock Tuner has a full color display that allows you to easily observe if the tuning on a certain string is off. It also features a 360-degree head, as well a wide range of frequencies and pitch calibration for efficient and quick tuning.

Whether you are a novice player or Jimmy Page from the band Led Zeppelin, you’ll need a guitar tuner that helps you sound excellent and lets you play in the right pitch. You can’t be minutes away from performing in front of others and realizing your guitar doesn’t sound quite right, but we know that finding the right guitar tuner can be a hard task, so our guide is here to help you make sense of everything.

How do guitar tuners work?

Why should you buy a new guitar tuner?

You can, and most likely will, have a guitar that goes out of tune, which makes it all the more important that you have a guitar tuner on hand. But the real question is: why might your guitar go out of tune? There are a number of different reasons why this might happen. For one, as the weather changes (especially the humidity), your strings will expand or contract, which can throw off their sound. The intonation of your guitar might be poor, or your guitar might have a poorly placed capo. What’s more, the turning pegs on your guitar might be too loose, which can happen over time as you use your guitar. For all the reasons your guitar can sound out of tune, it’s important that you’re ready to fix the issue when it arises, so what’s required here is the knowledge to pick the right guitar tuner for you. If purchasing a high-quality tuner is not an option for you right now, there are online tuning resources that can help you get started in the meantime.

What are the types of guitar tuners?

If you’re an acoustic guitar player, then clip-on tuners will be your new best friend. Clip-on tuners detect string pitch by utilizing a built-in microphone that detects extremely low-level vibrations that your guitar emits when you play the strings. Clip-on tuners also use a small lithium battery, which will last you many hours and ensure you sound good in front of any audience. What is even more awesome about clip-on tuners is that they allow you to accurately tune your instrument in even the noisiest of environments. Plus, they are super small and convenient, which means you can easily take them to a gig with you.

Pedal tuners allow the guitarist to plug the guitar directly into the tuner with a jack cable. What is convenient about the pedal tuner is that not only does it have a jack input, but it has a jack output. This makes tuning your electric guitar (which is this guitar that this tuner is especially great for) extremely easy because you can keep it plugged in at all times and quickly tune your guitar when needed. No worries, either, when you have it plugged in but aren’t using it. The signal will pass right through to your amp when the pedal tuner isn’t turned on. What’s more, the bright displays make them easy to see in the dark, so you’ll have no problem being ready to impress the audience at your next gig.

Polyphonic tuners are awesome because they work a little differently from the other tuners on our list. Instead of only being able to test one string at a time to see if it is in tune, a polyphonic tuner allows you to play every string at once and thus test all of them at once. So, with one simple strum of your guitar, you will be able to identify if your instrument is out of tune instead of having to play every string to find out.

Strobe tuners are probably the most expensive tuners that you can buy, but they are extremely accurate. The average period of a waveform is measured by a needle tuner that utilizes a microprocessor. That measurement is then converted into an easy-to-read frequency called a reference frequency, which shows you the difference between the frequency you played and the actual musical note. Professional guitarists and producers are the most common users of strobe tuners, but anyone looking to achieve extreme tuning accuracy will benefit from having a strobe tuner.

Soundhole tuners are a little different than other tuners in that they’re with your guitar all the time, which means they are a great option for those who often forget their tuner or tend to misplace it a lot! That’s because they fit inside your guitar, which means you have one less thing to worry about when you hit the road for your next gig. Plus, it can stay turned on at all times, which means the process of tuning your guitar has never been so quick or easy.

That’s all the most common types of tuners and the ones you need to know about if you’re going to have your guitar sounding awesome. 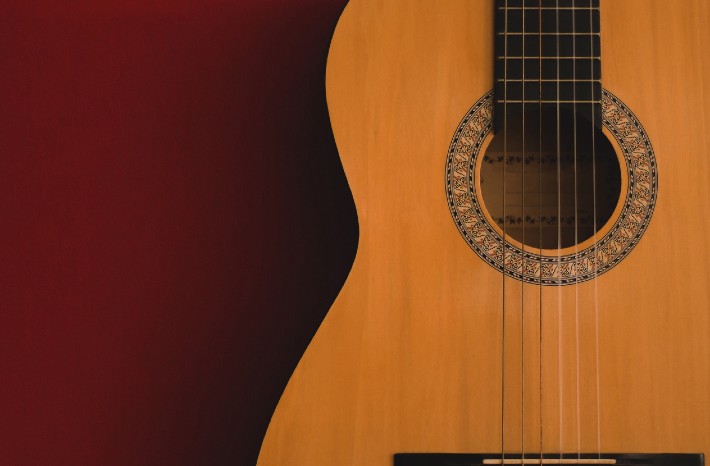 The Best Acoustic Guitars Under $700 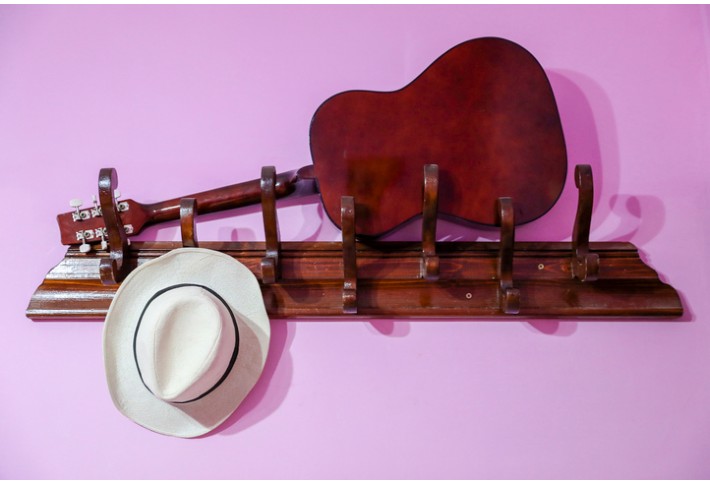 Check-out these Guitar Picks on Amazon