Get the Most from Your Vocals with the Best Cheap Microphones 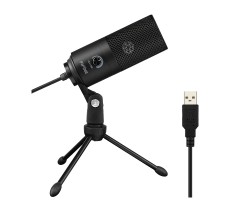 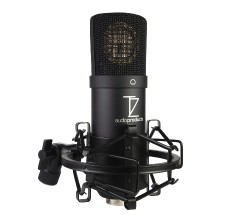 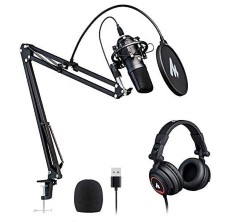 While the right microphone will not exactly free you from having to EQ your vocals and instruments, it will definitely help you achieve the sound you want with subtle changes. A microphone's placement plays a big role in making or breaking a mix, however, a microphone with an appropriate frequency response and ability to capture the truest, crispest sound is what helps you differentiate between a beginner model and a beastly gadget. Whether you're a music producer, a podcaster, or an aspiring YouTuber, buying your first microphone will always be a big moment - it's your first step towards being able to capture a sound. However, there's a huge range of microphones out there and if you're a musician, this is where you need to pay the most attention - not your DAW, not your audio interface, not your room's acoustics - but this article right here will help you get up to pace! You need to get the right microphone in the first shot so it gets you through the first few years of your career without a hassle! In this article, we haven't only put together a list of the Best Microphones in 2021 but we've also come up with a detailed buying guide at the end that'll further help you zero-in on your purchase!

Oh, and a heads up; we may sneak in a few cool recording tips between the lines so you better not take your eyes off the screen. So, without any further ado, let's dig in!

Which One Is The Best Microphone?

This Condenser Microphone by Fifine is hands down the best budget microphone you can get your hands on! It just costs $35 and will have you recording crispy sounds in no time! It’s USB-powered and a breeze to install on your PC or MAC.

If you’re wondering about its nitty-gritty as a musician, don’t. And that’s because it’s not meant for music production – it’s an ideal microphone for YouTubers, streamers, voice-over artists, and podcasters. It comes under a budget and will give you an excellent sound for the price. It’s plug and play, comes with a power USB cord as well as a metal stand.

This Condenser Microphone by TZ delivers a crisp and clear vocal representation with no obvious coloration. The Stellar X2 balances solidarity of tone with clarity, making it a perfect choice for musicians!

It has a carefully tuned sound, high-quality diaphragm, low noise circuit, and high strength iron body. However, it may not be an ideal choice for beginners since you’ll have to plug into an audio interface to make it work. So, as long as you’re getting an audio interface or already have one, you’ll love this bad boy!

This is a USB-powered, plug-and-play condenser microphone that features a sampling rate of 192kHz/24bit. It’s equipped with a good cardioid polar pickup pattern, high-output, and gives out very little-to-no self-noise.

This excellent microphone comes paired with a set of closed-back studio headphones that let you get on top of mixing right away. They’re suitable for YouTubers, streamers, podcasters, and even musicians if they know what they’re doing! It comes loaded with a pop-filter, foam mic windscreen, a set of headphones, and a mic stand to add to the grandeur of your setup!

For the audiophile who‘s willing to pay top dollar, the best audio equipment is a worthwhile investment. Whether you're planning on buying a new microphone because you've got a professional need for it or just want to enjoy hearing new, crisp, original sounds, in this section, we'll hook you up with relevant information so you know what to expect from your next best microphone! Consider this a detailed buying guide that'll aid you not only right now but with your future purchases as well!

Things To Consider When Choosing the Right Microphone

Check the product's specs for the microphone’s sensitivity. Your ears need to be able to hear the slightest bit of background noise, otherwise, you're going to have a very hard time picking out any individual tones. It's important to know that the lower the number is, the more sensitive is the mic going to be. Normally, you'll find this number to be around -36dB to -40dB.

Similarly, there's another factor you should keep in consideration while you're looking at sensitivity and that's SPL (sound pressure level). It's the opposite of sensitivity and determines the maximum volume handled by a certain microphone. The average SPL levels for a mic are around 100dB - 120dB.

So, you might have noticed the term 'cardioid pickup pattern' on our above-recommended microphones. Wondering what does it refer to? Well, a cardioid pattern is a microphone's ability to capture the audio signal from the front and as well as from the sides. Therefore, when exposed to sounds 180 degrees from the front (backside), you won't get a direct sound signal.

Some microphones out there might come with a multi-pattern approach that allows them to change their pickup pattern and capture voices from multiple angles at a time - for instance, you may switch them from cardioid to multi-pattern microphones.

Human beings can listen to sounds existing in the 20Hz to 20kHz range. Any sound below and above, an average human being can't really hear what's going on there. Instead, a microphone that captures voices from 80Hz to 15kHz would be the best choice since it'll be the least muddy - although it may vary depending upon the mic's usage. For snare drums or toms, you may want to keep this into consideration and buy a mic that starts at around 30Hz and goes as high as 15kHz to 20kHz.

The proximity effect is often overlooked. However, it's a feature that allows bass frequencies (in the lower end) to have a better presence as the sound source moves closer to the mic. This is certainly a desirable characteristic for sound engineers who work the mic to create their desired sounds.

Since you're buying a microphone, you should know that sound placement goes a long way and saves you from putting your eyes, ears, and brain through the drudgery of EQ and mixing.

This isn't really a thing to consider if you're a musician because sooner or later, you'll be getting your hands on a USB audio interface and that will be your way forward. However, if you're a YouTuber or an audiophile with no such need for an audio interface, consider going with a USB-powered microphone that's just plug-and-play. Otherwise, you'll be looking at $30 - $50 and above worth of investment into a reliable audio interface.

However, from a professional perspective, here are the three primary types:

The condenser microphones can be extremely sensitive since they use a conductive diaphragm that vibrates with sound signals, uses capacitance to create audio signals, and distorts at higher levels. These microphones are excellent to capture the true sound of vocals and acoustic guitars. However, what they're not good for is capturing signals from an amp up-close.

The dynamic microphones are made to be sturdier and take an awful lot of noise before they decide to distort your audio signal. So, if you play live a lot, record intense instruments, vocals, and move your mic around a lot, you should be getting a dynamic microphone instead. In other words, dynamic microphones can handle high SPL without a hassle. Plus, they're as solid as a rock, dropping them to the ground is no big deal - these are the mics that you do a *mic drop* with.

The ribbon microphones are made for people who need a vintage-sounding vibe to their recording. You'll spot these microphones at radio stations and a few podcasters may use them as well. They're great if multiple instruments are being played around in a room. Also, they can be quite expensive as compared to the previous two.

How Much Do Professional Microphones Usually Cost?

Well, it depends on whether you're going for a dynamic microphone, condenser, or a ribbon one for starters. The dynamic microphones will normally start at a lower price ($10) as compared to the condenser or ribbon but can go as high as $1000.

The ribbon microphones have somewhat of a similar range as condenser microphones but they're normally bought in the higher range - for their ability to capture the most natural sound of an instrument or vocals.

A microphone on Amazon isn’t just another piece of hardware. It's a complex device that uses a variety of advanced processing, analog and digital signal processing to offer users a better listening experience. Make sure you take the time to do research and see which microphone is best for you and your needs

Q: What is the best microphone for recording?

A: We’re all in favor of having an exceptional microphone in our home studio, and there's no debating that all the latest, cutting-edge microphones are amazing. The answer is not so simple as one best microphone - some microphones are excellent at capturing audio, while others are great for percussions. There are different techniques out there and it's important that you learn the basics of music production before you plan on putting a pin on the best microphone out there. The ones we've listed above - they're all budget microphones but do an excellent job at recording!

Q: What's the difference between condenser and dynamic mics? 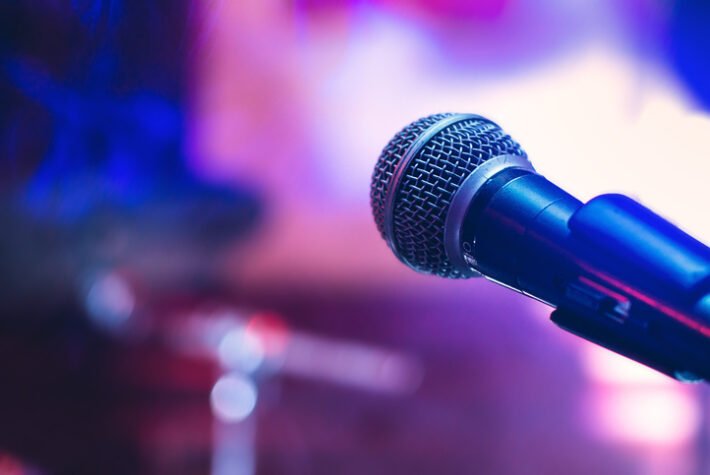 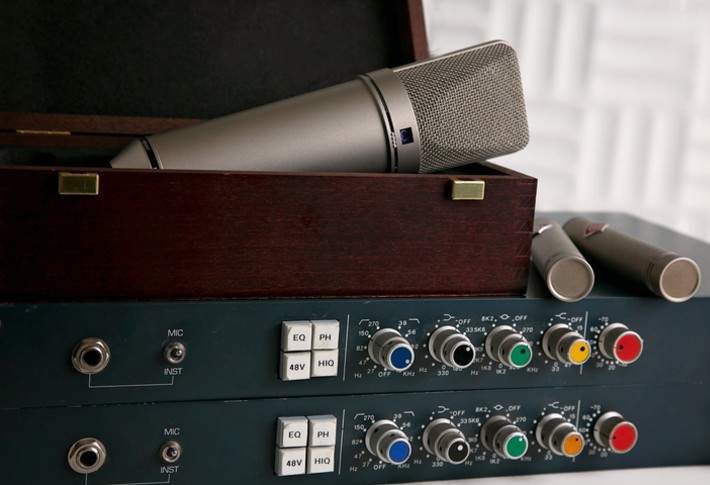 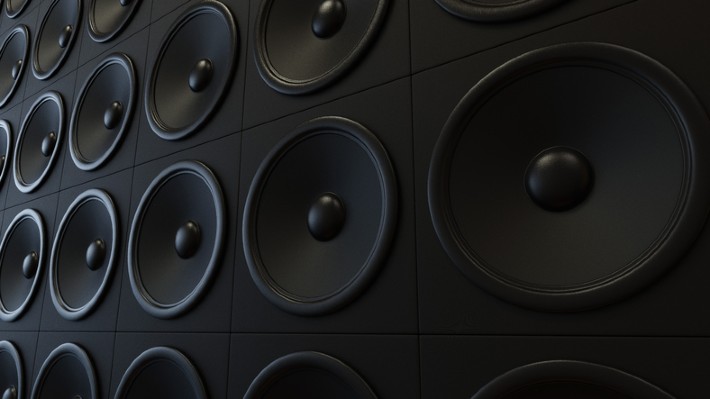