The issue of sustainability and environmentally friendly guitar building has risen to the forefront of manufacturers and consumers over the past couple years. Sustainability refers to the practice of replacing what you’ve taken, thereby enhancing future growth. The folks over at Breedlove have been one of several early leaders in this practice and have worked on this issue within their production lines over the past three years. Owner Tom Bedell is personally committed to sustainability and has visited fifteen countries, overseeing “where the wood comes from, how it is selected and harvested, and how this affects the wildlife, the community, the forest and the planet.”

The Breedlove Organic Collection is the eco-conscious manufacturer’s first clear-cut free, sustainable line of import acoustic guitars. The four series of guitars in this collection, designed in Bend, Oregon, feature solid, sustainably sourced woods while maintaining the playability and sound quality that we’ve known the acoustic guitar to have. All of the tops are torrefied, which emanates a classic “aged” and warm tone that reacts naturally to each and every way you play it.

According to Breedlove, each of the exotic tonewoods- European spruce (torrefied at the source in the Swiss Alps) for the top, African mahogany and ebony for the neck, back and sides- are individually harvested and FSC-certified, no matter the price point. FSC is the Forest Steward Council’s stamp of approval, an important certification. Additionally, Native Oregon myrtlewood is carefully salvaged and culled from the Pacific coast.

We reviewed the Organic Performer series Signature Concert Copper CE cutaway model. After using it for several weeks, I can say this guitar delivers a high standard of responsiveness, dynamics and durability that consistently holds strong from gig to gig.

No artificial or synthetic materials were used in the process of making this guitar, and 50% of the standard amount of glue was used in production, making for a lighter and more sustaining instrument. The thin UV finish further lets this guitar breathe and ring. All the axes in this collection also feature their Natural Sound electronics which translates the true tone of the guitar for any stage or recorded performance.

I was impressed with how big this guitar sounded for having such a thin body. The bass response was nice and tight, and the highs still were crystal clear, especially on the higher strings. Because of the torrefaction, this guitar felt and sounded broken-in straight out of the box. It reacts to whatever playing style you throw its way. Whether you’re fingerpicking or strumming loud open chords, the Organic Performer takes it all and gives it back to you in a very musical way. It’s very articulate through fast, bluegrass style picking and has quite a harmonic mid-range bite, especially when you start working down towards the middle of the guitar’s voicing (in the modes around the 5th- 7th fret area).

The neck is comfortable and non-fatiguing (even through several four-hour shows) and is super light. It doesn’t compress out the top end when you’re strumming loudly either and stays full and resonant. It also takes my percussive right hand very well, and it’s easy to make drastic dynamic contrasts by playing just a tad lighter, making it a great axe for playing your solo bar and coffeehouse gigs.

This Breedlove also cuts through a full band setting very nice, and the electronics portray an accurate representation of the guitar, responding quite well to any external EQ-ing you put on it. I run my floor wedges in front of me rather loud, but feedback wasn’t an issue for me at all and I still had virtually a full spectrum of frequencies being sent back to me through my monitor.

You would never think that this guitar had any difference in wood choice from what has been used in acoustic guitar building for…ever. No tone was sacrificed in the making of this, and I actually think the wood choice far succeeds any other production model of anything even close to this price-point. This guitar is further a slap in the face to those naysayers that think that sustainable guitars are anything less than what you’d find in a vintage axe.

Whether you’re writing in your home studio to playing big rooms night to night, the Organic Performer Series has just what you need without breaking the bank or the trees. 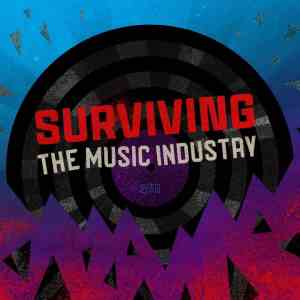 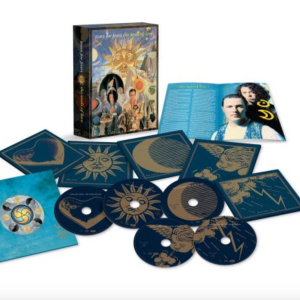