The builder, Ron Thorn, has decades of expertise in guitar luthiery. His relationship with the Fender Custom Shop team has grown from his wildly successful inlay business, Thorn Inlay, the sole inlay provider for the Fender Custom Shop since the mid-90s. Thorn can also claim credit for more than 800 custom instruments built under the name, Thorn Guitars, before building exclusively for Fender Custom Shop. He is among the first to assume the title Principal Master Builder, a high honor at the Shop and recognized by the guitar-building community.

Fender’s collaboration with Lexus is a tribute to the passion for bold design found in Lexus vehicles, the company’s intuitive technology, and the remarkable ancient Japanese concept of Takumi craftsmanship. Takumi master craftsmen, with their unique blend of skill and spirit, are seen as the guardians of this artisan philosophy and are seen as adding a subtle human touch to every aspect of Lexus design and development. For those who follow the Takumi ways, it is both a passion and an obsession. Among the 7,700 workers at the Miyata Lexus Plant in Kyushu, Japan, there are just 19 Takumi.

The Lexus Stratocaster features an omnidirectional Structural Blue finish—a spectral range that produces a light-metallic to deep midnight-blue color inspired by the Morpho butterfly, whose uncommonly large iridescent-blue wings create the illusion that the beautiful insect disappears and reappears in mid- flight. Until now, the only other use of Structural Blue has been on the Lexus LC 500 coupe and convertible Inspiration Series, of which only 200 total vehicles were produced for the US. The structural blue paint brings a striking metallic look to the traditional Stratocaster body shape.

An interesting fact is that the paint does not contain any blue material, but appears blue because of the material’s interference with light. Layers of colorless materials come together to generate the ultimate color, hence the name “structural”.

Further accentuating the design, the guitar neck is fashioned from beautiful 3A flame maple and finished in high-gloss urethane, which speaks to Fender’s deep woodworking tradition. It presents a bold contrast to the instrument’s other advanced visual elements. The fingerboard is fashioned of deep blue polished Richlite, a composite material known for its tonal properties, structural stability, and resistance to wear and moisture. Richlite fingerboard, with a flatter 12” radius and 22 medium-jumbo stainless steel frets, is being used by the Fender Custom Shop for the first time. The white Luminlay fingerboard inlays will glow in vivid blue on darkened stages.

Creating a clean, automotive appearance, the fasteners on the pickguard are black button head machine screws. And to top off the look, the headstock face is finished in Structural Blue with a chrome Fender logo.

Thorn completes the look by adding custom machined, brushed aluminum knobs to match the Mark Levinson stereo knobs found in the LC 500 Inspiration Series vehicles. The three knobs typically found on a Stratocaster guitar have been reduced to two (Master Volume and Master Tone) to control Fender’s latest version of noiseless single-coil pickups that are being used for the first time in this Fender Custom Shop build.

A remarkable build, this car-inspired custom Stratocaster has to be seen to be appreciated–hopefully right alongside a custom Lexus. 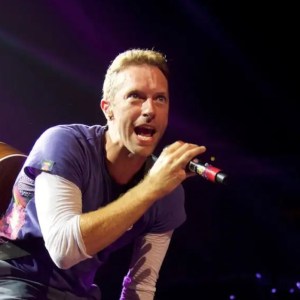