Grammy award-winning artist John Mayer has been partnering with Paul Reed Smith (PRS) Guitars since 2018 with his first Silver Sky guitar model. Mayer also teamed up with the company on the J-Mod 100 amplifiers along with amp designer Doug Sewell.

Now, the partnership has evolved into the newly released PRS SE Silver Sky. American Songwriter was fortunate to gain access to one of these guitars for review. As you’ve read in some of our past articles, PRS is not just treating their SE series instruments like a lesser division or targeting beginner or intermediate musicians. These instruments are aimed at professional musicians that have higher expectations from their guitars, which was very evident in the most recent PRS SE Zach Myers model.

Get Your PRS SE Silver Sky

Having played the American-made Silver Sky guitar, I wasn’t certain what to expect from this SE edition. But, right out of the gig bag, the satin finish neck felt at home in my hands.  The SE version seems a bit heavier than the original, but it is also constructed of poplar wood instead of alder, which would explain the weight difference. Like its predecessor, the SE Silver Sky is a bolt-on neck with 22 frets and a scale length of 25.5”. The contoured body with the beveled armrest makes this guitar very comfortable to play standing or seated. This guitar shines most when plugged into a good amplifier. The pickups are 635JM “S” and paired with the double tone controls and the 5-way pickup selector, I was able to go from Jazz in the neck position, Rock in the middle positions, and full on Country twang in the bridge position.

The guitar’s bridge is a PRS tremolo style with 2-point posts to pivot on and the tuners are vintage style with plastic knobs but non-locking.  Visuals that separate the SE Silver Sky from other PRS models are the inverted headstock (which I like) and the engraved neckplate on the back with the model and John Mayer’s signature. The guitar feels substantial and has a quality build when you hold and play it. The softened control knobs and smooth 5-way selector add to this feeling and functionality. Currently, the finishes offered are Ever Green, Dragon Fruit, Moon White (as reviewed), and Stone Blue. Like other PRS SE models, the SE Silver Sky comes with a well-constructed PRS gig bag to protect your investment.

Mayer and PRS have done an incredible job on this SE model. My favorite features, after playing the guitar, are the shape and feel of the satin-finished neck and the diversity of tone with the pickups, and it looks great too. Street price is set at $849, which is a real bargain for an instrument with this level of craftsmanship and tonal options. In 2022 the sky is the limit and I predict that the new PRS SE Silver Sky will be in heavy demand, so you might want to purchase yours soon. Don’t let the SE designation convince you to not give this guitar a try and a play.  I think you’ll be as impressed as I was. 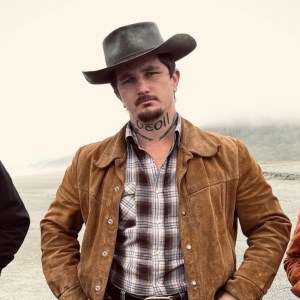