Mastro Valvola of Italy popped on the pedal scene a few years ago with their LFO tremolo and then the Earth-shaking LEM delay with 8 levels of modulated, ambient, wonderful weirdness, pitch shifting, reverse, and lo-fi sounds. Everybody I knew was talking about it and had to have one.

Mastro Valvola has rocked the market once again with their OFF1 octave/filter fuzz and it was obviously as well thought out and planned as the rest of their now ample product line. It features 3 analog stand-alone circuits in series: Octave plus fuzz plus ladder filter and opens wildly creative avenues for songwriters, composers, and live performers alike. Octave and fuzz can be used individually for a more canonical approach of the two effects, while from their combination more experimental results can be easily obtained. The first effect in the internal signal chain is the octave and then in series comes the fuzz and ladder filter. By applying the fuzz’s high octave and filter on the low octave you get out of the ordinary sounds that are extremely suitable and work perfectly to the world of synths and modular gear.  Synth players have been doing this for years with several pedals in series but what’s remarkable here is the OFF1 can achieve these sounds in a much smaller footprint for less money and probably better than you could have expected with less noise in the chain to boot.

An expression pedal can be employed to sweep the cutoff filter in real-time for added texture and old-school authenticity.  Let’s break down the three elements of the pedal individually: The octave circuit (sub 1 and sub 2) belongs to the family of the old monophonic octaves and can add two octaves below the original note.  Each octave has separate volume control and plays back with excellent clarity thanks to the precise and fast-tracking circuit which allows even bridge pickups to be used without issue.

The fuzz (which also has a switchable octave-up circuit) has an edgy, thick, and textured character that’s not quite exactly like any other fuzz tone I’ve heard and that’s a great thing.  It’s capable of producing a very wide range of tones reminiscent of bygone eras with tweaking of the gain, tone, and mid frequencies but still sounding uniquely its own.  A pair of diodes are used in the circuit to produce the octave doubling, not unlike the classic octave-up tones of the ’60s and early ’70s.  The high octave can be activated manually via a toggle switch or via the left footswitch when the pedal is in mode 2.

The ladder filter, as mentioned earlier, belongs to the family of legendary ladder synths and features the customary cutoff and resonance controls synth players expect. You can crank the resonance and sweep the cutoff to hear those classic harmonic peaks and tones. The filter works in combination with the fuzz when the filter toggle switch is in the down position.

All in all, OFF1 is a very versatile and great-sounding fuzz pedal, not purely targeted only to guitar players, and it’s built like a tank. I’ve played a lot of fuzzes and this one is very unique and made me say “want” immediately when I heard it.  Check out some of the many videos online and see if it’s for you. 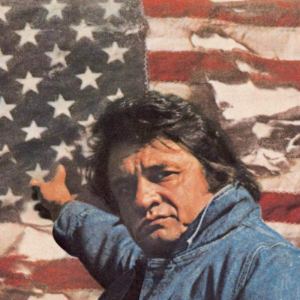