Singer/songwriter venues and stages seldom provide enough space for a drummer or percussionist to provide a backbeat to fresh new original songs. Many artists at the Songwriter Rounds I attend have resorted to having percussion provided by musicians on Cajon-style drums, which works, but still takes up a fair share of the stage since they are seated on the drum and it usually requires micing it.

WalkaBout drums are designed to be worn like a guitar, but they are built to be struck like a drum with many different sonic percussion areas on and around the body.  Essentially shaped like an acoustic guitar body but without a neck, the amount of and variation of sounds that can be achieved with a Walkabout is rather astounding. It reminds me of Mike Dawes, Tommy Emmanuel, Andy McKee, and Joe Robinson on how they smack and hit their guitars for beats, but without the pesky guitar strings to make chords with or that need to be tuned.

The latest release from WalkaBout Drums is the new Wander.  Several features separate this model from their previous releases. First off, it has no built-in electronics so it is totally acoustic, it is made of Chilean Pine and comes with a sack-style gig bag to transport it. The Wander is also the most affordable instrument they provide coming in at only $129 street.

WalkaBout’s models, which have more features, include the Odyssey ($449) that has an LR Baggs pickup system with an internal iBeam mic, balance and volume controls, and mono ¼” output to an amp or PA system. You can also split the mic and pickup to separate channels with a TRS cable. The Venture drum ($299) has a built-in internal microphone for output. Like the Odyssey, it includes a format case. Both of these upper models include a SoundDot snare that attaches to the internal magnets inside of the body.

WalkaBout has begun to expand its acoustic accessory line also with the Soundot FAN (for scrapping sounds)—Soundot RIQQ, and the Soundot TAMB.  Expect to see more variations in the future. These add-on percussion elements provide even more choices sonically while you are playing the WalkaBout.

After I was first introduced to the brand at a summer NAMM show a few years ago, I bought one to keep around the house for when drummers want to sit around and jam. WalkaBout drums are more portable than Cajon’s and can be worn sitting or standing. Several of the models have built-in pickups for output, plenty of sound choices and they just look fun.

The new Wander is a bargain at only $129 and once you have one of your own, your friends will want to play it and purchase one too. Not only are these great for Songwriter Rounds and Jam Sessions, but also for campouts or wherever you want to include a percussive beat in your music.  You can play drums and WalkaBout or dance, which is much more entertaining than sitting all of the time! 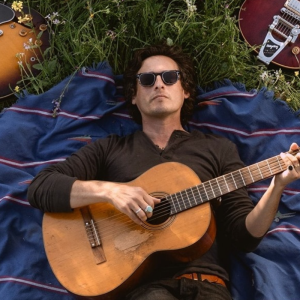 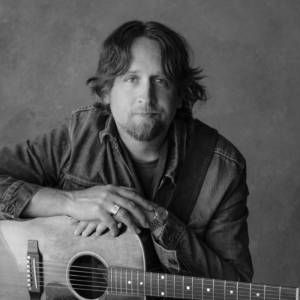