The PRS SE Hollowbody II Piezo is a hollow, humbucker-equipped electric guitar with a nice twist… a piezoelectric pickup that feeds an acoustic-sounding output to your acoustic amp or PA. Impressive build quality and high-end appointments on this imported instrument might have caught me off-guard had I not previously reviewed the acoustic PRS SE Angelus A60E.

While the Angelus’ inspiration was a “rich grandpa” in PRS’ Private Stock line, the Hollowbody II’s middle-class dad is the US-made Hollowbody II Piezo. There are some cost-saving differences aside from country of manufacture (the reviewed SE model was built in China). The SE sports 58/15 “S” pickups, the company’s offshore-built versions of the US-made 58/15 LT found on the US model, and the SE’s beautifully figured top and back patterns are maple-on-maple veneers rather than the carved figured maple top and back on the core model. The two versions incorporate different piezoelectric systems, both by LR Baggs.

However, there are a surprising number of similarities. Like its US-built counterpart, the SE Hollowbody II Piezo has an ebony fingerboard with rosewood core, iconic PRS abalone Bird inlays and flame maple body binding on top and back. In a surprising twist, the SE model incorporates more of this great-looking binding than the US model; unlike the Maryland-built version, the SE has the same binding on the fingerboard, headstock, and even the F-holes.

If you’re experienced with PRS, your hands should immediately recognize the distinctive and popular “wide fat” neck profile. While I haven’t spent time with a Maryland-built Hollowbody II, based on some time with other PRS guitars, I’m confident that they feel like its twin pattern neck shape on the Core model.

The guitar’s hollow construction yields an extremely lightweight guitar, to the point where you might grab its case and suffer a fearful moment when you think it’s empty. However, in use the guitar seemed well-balanced, without any of the “neck dive” inherent in some lightweight electric designs.

Binding and Birds can reel you in, but a gig will show you what counts, so I took a nice-looking Peacock Blue example (“Black Gold Burst” is also available) out over the weekend. The magnetic pickup output went into a set of familiar guitar pedals and then to a Hayseed 30 (AC-30 type) amp, miked with a Sennheiser e906 (flat setting). The piezo output went into a Countryman Type 58 DI to the mixer.

When using just the magnetic 58/15 “S” pickups, the mids were strong and clear and the guitar had a nice round humbucking sound without “woofiness” in the low end.

One concern I originally had was the piezo/magnetic pickup selection scheme. I’d cut my “piezo teeth” years ago on a guitar with a toggle switch to select piezo, magnetic, or both pickup types. The US version has a similar switch, but the SE relies on the player’s control of separate volumes for the piezo and electric outputs. My concern turned out to be baseless, and I was easily able to “switch” between outputs in a hurry.

Plugging into the “MIX/PIEZO” output with no plug in the “MAG” output jack feeds the connected jack with a blend of both the piezo and magnetic pickups, again controlled by the two volume controls. Rolling the magnetic pickups’ volume to 0 yields a pure piezo tone, but I tried blending the pickups with the single connection and found it more useful than I thought it would be. A jazz soloist or clean rhythm player might find a lot of unique and useful textures this way.

The battery-powered piezo output offered a pleasant, recognizably acoustic tone. I’d expected to spend a few minutes adjusting EQ on the mixer but was happy rolling off the “rumble” frequencies and leaving everything else flat. Aggressive fingerpicking got a familiar acoustic “snap” that brought variety and authenticity to a normally all-electric set. And I’ll admit it was fun to switch between outputs and see confusion in the faces of those few audience members who care what the guitar player is doing (aka “other guitar players”).

All in all, the PRS SE Hollowbody II Piezo is a solid offering for PRS fans or players who need to get viable electric and acoustic sounds from one guitar. Even PRS’ premier diehard fans would have to be tempted by the price point (roughly a quarter of the price of the US-made version). Playability and sound quality were both gig-ready, and the premier cosmetic touches reflect the builders’ attention to detail. 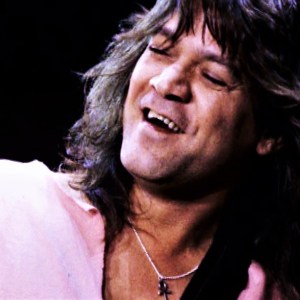 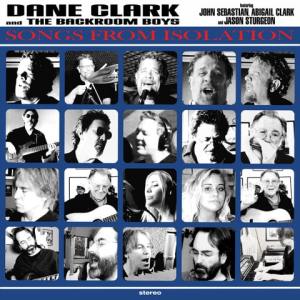