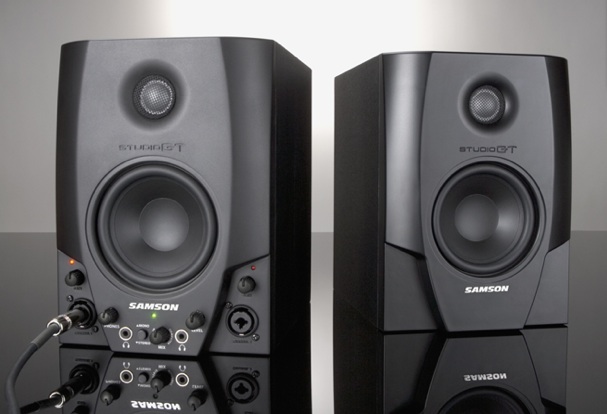 It’s a novel idea. The Samson Studio GT Monitors with its USB interface handles both ends of converting your signal into the digital realm for recording and back again into the audio signal you listen to. With the included Cakewalk Sonar LE software, the Studio GT makes your computer a complete Digital Audio Workstation or DAW.

As monitors, the Studio GT’s 18 watts-per-side power amp pumps a considerable amount of volume, more than sufficient for most singer-songwriters. The 4” woofer and 1” tweeter produce a well-balanced signal with a surprising tight low-end thanks to the ports on the rear of the enclosures. In addition to the unit’s digital USB input, the Studio GT also accepts analog audio signals via standard RCA jacks and 1/8” inch stereo aux inputs. Nice.

As an input interface for computer recording, the Studio GT has two XLR – ¼” phone combination jacks, each with their own gain control (and undefeatable phantom power). The inputs can be monitored through the Studio GTs at the same time as listening to previously recorded tracks, eliminating many of the latency problems that sometimes plague DAW recording. A front panel mix control gives the user easy access to getting the right blend between the input and recorded signal.

The Studio GT also includes two 1/8” headphone jacks with a separate level control and an input only stereo/mono switch (which is cool when recording guitar/vocal demos).

Sampson’s Studio GT is an over-achiever in the bang for the buck competition and eliminates the guesswork when setting up a home computer studio. 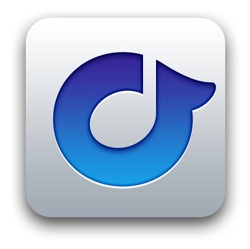 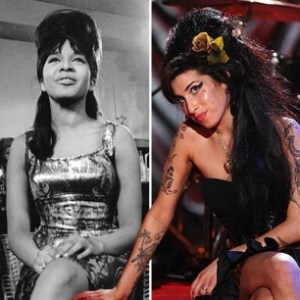