Taylor made a big splash a few years back with their Baby Taylor, a guitar of reduced proportions that spawned several imitators. And while it was well received by the guitar playing community, players always said it felt and sounded like a mini guitar. Now, Taylor introduces the GS Mini. But despite its small size, it feels and sounds like a full-size guitar.

Just slightly longer than a yard stick in total length, the Mini boasts such big boy features as a solid spruce top and ebony fingerboard and bridge. The Mini uses a 23.5” inch scale length (about 1.25” shorter than a Les Paul), but still has a full-size 1 11/16” width at the nut.

The soundboard itself isn’t much wider than a Telecaster, measuring a little more than 14” across, and the braceless laminate Sapele body has an arched back for increased projection. The neck, also made of Sapele, has a thinner C shape profile, and the relatively proportioned headstock has sealed-back mini (or course!) tuners.

The whole package has a satin finish, and in place of traditional binding on the body, Taylor inlayed a black-white-black strip an eighth inch from the edge, which gives the Mini the appearance of having a natural wood binding on the top. If the guitar was viewed standing alone at a distance, one would just assume it was a full-size guitar. The Taylor GS Mini comes with a hard shell Taylor gig bag.

An interesting feature is the ability to electrify the guitar by using the optional, Taylor-designed ES-Go magnetic pickup (pictured left), which ingeniously clips into place in a factory-installed receptor mounted inside the body underneath the fingerboard. When in place the pickup is suspended in the soundhole, as opposed to having vibration-reducing/tone-inhibiting conventional mounting (where the pickup grips the top on the bass and treble side of the guitar’s soundhole). The pickup and pre-wired endpin jack can be installed in about five minutes and a Phillips screwdriver is the only tool required. Taylor smartly pre-drilled the endpin hole on the lower bout to accept the endpin jack, which uses the same three small screw holes as the non-jack endpin, which comes factory-installed in the guitar. When using Taylor’s V-Cable, which was released in conjunction with the GS Mini, volume can directly be dialed in from the endpin of a guitar using the volume pot.

The featherweight construction of the body makes the guitar feel ever so slightly neck heavy. But this lightness also makes the Mini extremely responsive. This, paired with the incredibly fast action setup, makes speedy single-note and double-stop runs a natural.

The Mini exhibits the tone that Taylor is famous for. The high-end sounds smooth with a nice ring to it and the mids are well defined. As one might expect, the low-end is not quite as strong or boomy as regular sized guitars, but thanks to the Mini’s nearly 4” body depth, there’s enough lows to make the guitar sound balanced.

While the shorter scale neck may not please bluegrass pickers used to higher string tension and more resistance to their pick, electric players will love it since the reduced scale makes light gauge acoustic strings feel like extra light electric guitar strings. Electric players will also love the way the sound naturally compresses when strummed or picked hard, but still has the volume and cut to stand out when playing with others using full-sized guitars.

The magnetic pickup, once installed, functions as it should, even if it doesn’t accurately reproduce the Mini’s acoustic tone. As with most of their ilk, the sound is more electric sounding in it quality: It sounds like a marriage of an acoustic guitar and (not surprisingly) an archtop guitar equipped with a floating pickup. The soundhole pickup is based on the Expression System and is both functional and cost-effective for players looking for the option to seamlessly plug in and play. It appears that the Mini could successfully be retro-fitted with a under-saddle pickup system, although we did not attempt to do so with our test model.

All clinical analyzing aside, the Taylor GS Mini is just fun to play. Everyone smiles and exclaims their love for it when they pick up and play the guitar. It’s small enough to stash in the trunk of a Smart Car, but big enough to be heard in any acoustic situation. And it accomplishes what every instrument should: One can’t resist picking it up, and it has the playability and tone that makes one never want to put it down. 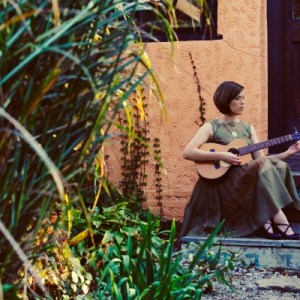