Taylor Guitars has lots of excitement surrounding them this year – as they do so often!  This time around, the buzz is about the announcement of a new model guitar to their expansive acoustic family- the Taylor Guitars GT model.

The GT (short for Grand Theater) is an entirely new, ground-up design with tonewoods and dimensions specifically offered for this model. Before we get into specs – as they are quite important- the official unveiling is certainly worth mention.

Due to pandemic-related restrictions on large gatherings, Taylor was not able to hold an in-person press gathering this year, as they have in previous years.  However, an online launch event was held, and in order to keep the reveal a secret, a guitar was sent to us in a Taylor gig bag, complete with a padlock that prevented us from opening it for several days!  Although some slight temptation for a sneak peek naturally occurred, we waited patiently for the virtual unveiling and an unlock code to reveal this new GTe guitar (e for electronics) to us as if we were in the room with the folks at Taylor. 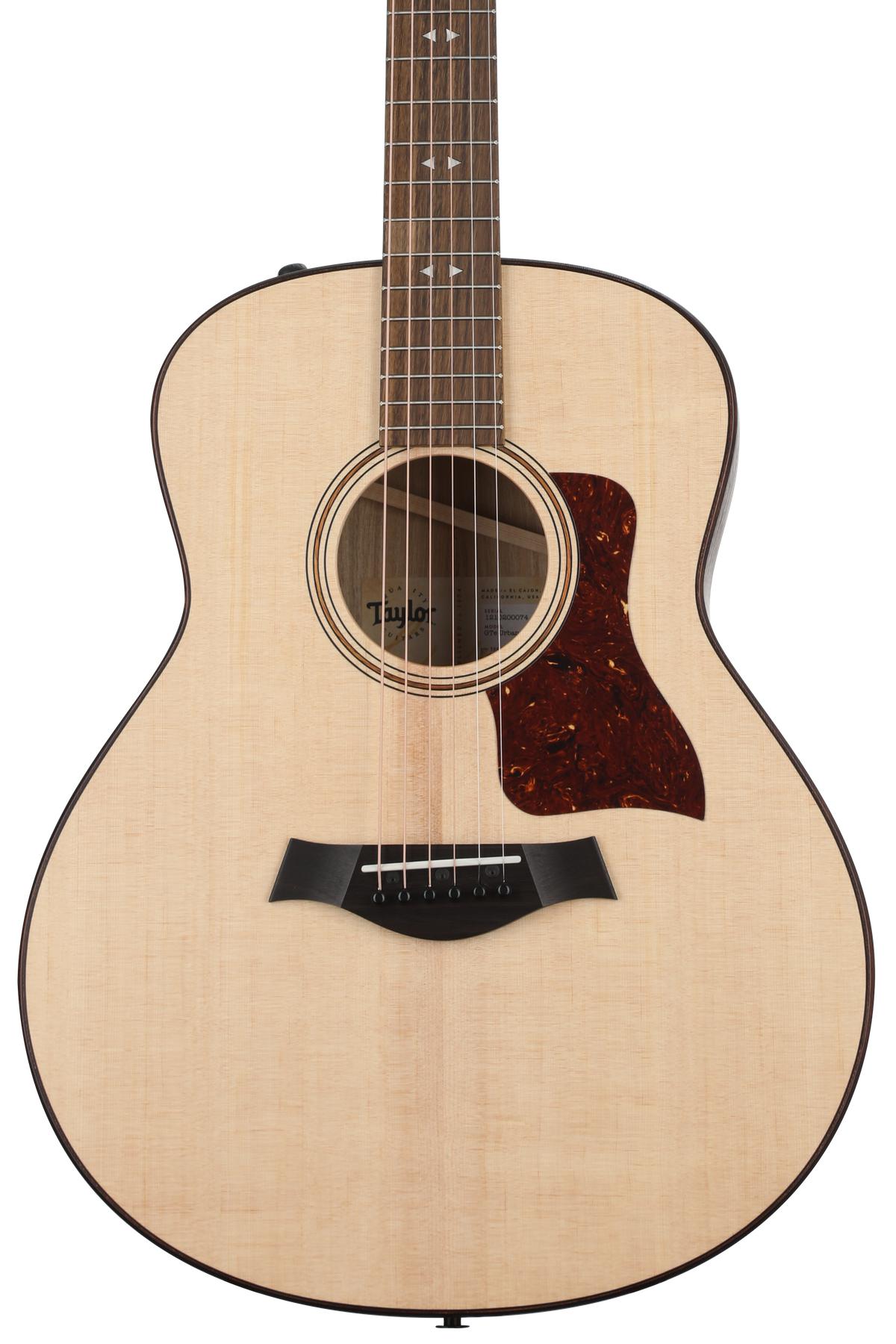 From first glance, this guitar has a very organic build approach, with attention focused on wood grain and a grassroots aesthetic.  Key features include an Urban Ash body, matte finish with “Urban Sienna” stain, and the option of being equipped with the Taylor ES-2 electronic system. (See our recent in-depth feature about Urban Ash Wood here).

The GT also carries a feature unseen on a Taylor guitar until now – a non-Ebony fingerboard!  This model incorporates Eucalyptus as the fingerboard wood, which is of course sourced with the utmost of responsibility.  It is noted to carry the response of Ebony with the physical feel of Rosewood.

There’s also a new hybrid gig bag called the Taylor AeroCase – a lightweight, fabric exterior case with the protection of a hardshell case.  This case, in fact, is available in various models to fit many Taylor styles.

The body shape looks quite familiar- fitting in lineage between Taylor’s ever-popular GS Mini and Grand Concert guitars. Let it be known, though, this guitar is not just a larger version of a GS Mini.  The Grand Theater’s scale length and proportions are entirely unique to itself. In essence, it’s a scaled-down version of their Grand Orchestra body.

Taylor’s master builder and GT designer Andy Powers says the feel of the guitar is inspired by that of a full-scale acoustic guitar set up for standard tuning dropped to a half step down, or Eb tuning.  Its slightly slinkier feel lends towards a fun playing experience – which is the mission of the Grand Theater: to be a fun guitar! The GT factory string gauge is 12-53 (Elixir Phosphor Bronze Light).

Taylor’s Wood & Steel magazine discusses the reason for the string gauge choice: “Strung with light-gauge strings (.012-.053), the GT has the same string tension as if you tuned a guitar with a 25-1/2” scale length down a half step (E-flat to E-flat). The reduced tension feels like the guitar is strung with a set of 11s (Custom Light, .011-.052), making every note feel slinkier, yet you still get the power and punch out of a larger string.”

Mission statement in mind, the Grand Theater is most certainly fun to play.  Lead runs and fingerstyle lines are in the GT’s favor; however, it is no slouch when asked to produce a driving flat-picked rhythm.  Albeit its size, the GT gives off a full-bodied fundamental voice with a lively midrange as well.  Its sonic fingerprint is in many ways thanks to its C-Class bracing pattern – also designed for the Grand Theater shape.  C-Class bracing was created to deliver the sonic properties of Taylor’s groundbreaking V-Class bracing in a smaller guitar.  The idea behind V-Class bracing is to evenly deliver volume and sustain throughout the guitar’s range.  Proper bracing schematics on the GT bring out its balance of dynamics.  A very light touch provides a louder than expected response.

As for playability, the Taylor neck is as comfortable as always.  In some ways, the GT’s shorter scale and tighter string spacing offers a new light on the landscape of the fingerboard.  I had lots of fun trying out different chords otherwise uncomfortable to reach on a standard scale guitar!  The GT’s scale is still stable enough to handle most drop tunings.

We received the GTe, the GT model with electronics.  So, I tested this guitar acoustically of course and plugged in through a variety of amplifiers.  From a live performance standpoint, one of my favorite features of the GTe is it being loaded with the full ES-2 and not the ES-Mini system.  I personally have used – and enjoyed playing – a GS Mini on a number of live shows.  Like many of us, I’m my own soundman on most gigs!  Although I like taking out an extensive pedalboard for electric guitar, I’ve been enjoying taking out only a guitar for acoustic shows.  Having to turn up my volume to play a solo is much more ergonomic with the ES-2 volume and tone controls – especially when holding a pick.

It could be taken in a slightly ironic sense that the Taylor GT is in many ways a “fitting” guitar given it has all new non-conventional measurements!  The instrument itself is road ready and rock solid, fitting the bill for many the performing musician and songwriter.  Its scale is fitting for all heights and hands.  And its body shape is ergonomically pleasing for many different heights and hands.  Check out a Taylor GT or GTe if you’re looking for a mainstay guitar in your live rig, or if you yourself are looking for a new instrument for the musician in your life!

Looking to buy a guitar? Check out our Guitar Gear Guides to find the right one for you 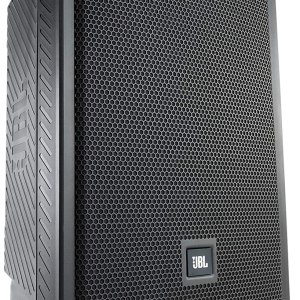 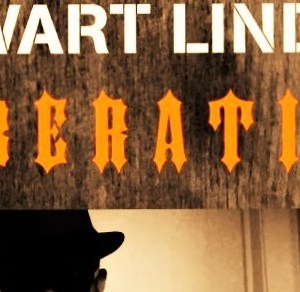