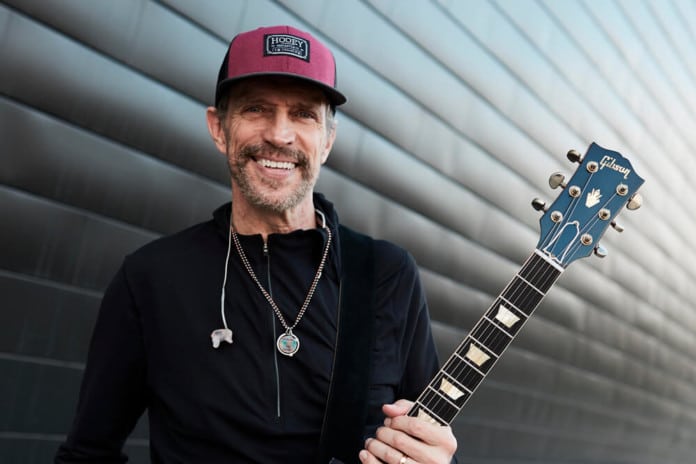 Gordon Kennedy has quite the resume. He is a multi-Grammy Award winning songwriter and record producer, a talented guitarist, and is widely considered to be a Nashville legend.

Kennedy is most known for his hit song “Change The World,” recorded by Eric Clapton and featured in our recent, “Behind the Song” for which Kennedy and his co-writers received a Grammy Award in 1996. The song won Record of the Year for Eric Clapton, and spent a record breaking 81 weeks on the top of the charts.

Additionally, he has written 15 songs recorded by Garth Brooks. Kennedy co-wrote “You Move Me” which was recorded by Garth Brooks and reached No. 2 on the Billboard Country Airplay Chart in 1998. Brooks subsequently recorded ten more of Kennedy’s songs on his alter-ego album, The Life of Chris Gaines, which reached No. 2 on the Billboard 200 chart and in 2019, he toured with Brooks for the stadium tour.

As part of a recent discussion with American Songwriter, we asked the following, simple question:

Do you have any advice for aspiring or newly professional songwriters?

What are you going to write? Is it going to be something that you want to do that moves you, regardless of any intended audience?  Sometimes I think of songwriting and see the parallel with painting. You could write “Dogs Playing Poker” which is obviously a commercial success and is seen hanging in many establishments. Or do you want Van Gogh’s “Starry Night?” He never enjoyed the fruits of what he did in his lifetime.

Oh but they saw it way later!

Both of these approaches are great. It’s worth mentioning that I have been to the Van Gogh museum in Amsterdam. I saw his early attempts at trying to do what others wanted him to do. Then…there they were… paintings that would outlive him.

Use your gift, as only you can and here’s hoping that you experience the fruit from both of these scenarios.

0
"As long as you don't stop, you're unstoppable." Being a songwriter in the world is...
Read more
Songwriter U

0
When we’re “in the zone,” we can do no wrong. The zone is a state of relaxed, yet intensely focused attention in...
Read more