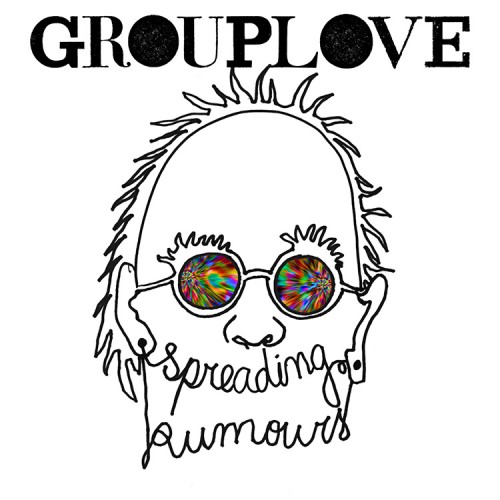 With Spreading Rumours, the L.A.-based quintet serves up a second massive helping of kinetic, kaleidoscopic pop. The album’s dizzying array of sounds and textures seamlessly incorporates styles as diverse as alt-rock and contemporary EDM, making an elegant dance out of the tightrope walk between glossy radio pop and rough-hewn indie rock.

Whether for artistic or budgetary reasons, it’s hard to find a band today that hasn’t tried recording itself; in Grouplove’s case, having drummer Ryan Rabin occupy the engineer’s and producer’s chairs is not a make-do scenario. With help from superstar pop mixers Rich Costey and Manny Marroquin (whose recent clients also include Bruno Mars, Tegan & Sara, and Keith Urban), every detail cuts through the dense arrangements, and nervy nod to post-punk “Borderlines and Aliens” sits comfortably with electro-folk elegy “Hippy Hill” as the work of the same band.

Competent though they are, the band’s experiments stretch cohesion to its limits, and Spreading Rumours consequently feels like a collection of singles rather than an album-length statement. This wouldn’t be an issue were it not that most of the songs run long for pop radio fare, and the album spreads over 13 tracks. Taking cues from mainstream hits of the ’90s also turns over some stones we might wish would stay put; light acoustic hip-hop vis-á-vis Sugar Ray, which appears on “Bitin’ the Bullet,” is the main offender. With a knack for irresistible hooks topping their impressive bank of skills, a slight narrowing of focus may be all it takes to put Grouplove in our permanent rotation.