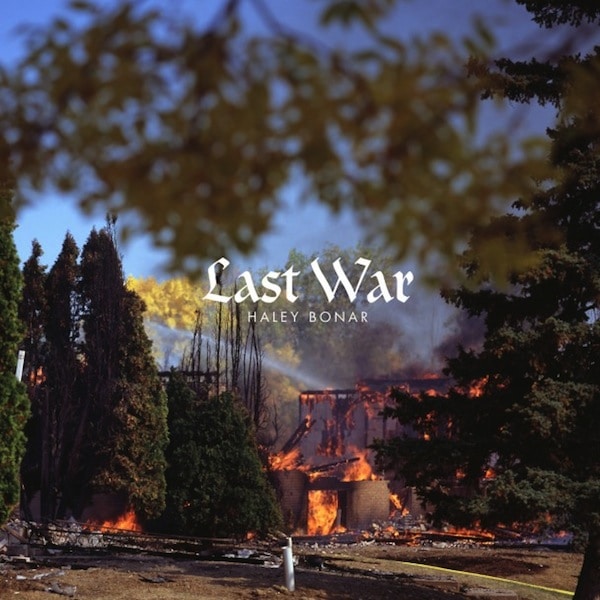 Alter egos in music can quickly turn into grotesque vanity projects. (Garth Brooks’ alt-rocker Chris Gaines is the go-to example.) The Twin Cities’ Haley Bonar has proven genuinely versatile though. The singer-songwriter has lately dabbled in ’80s new wave with her side project Gramma’s Boyfriend, seamlessly dropping the easy-going acoustic strumming for a raucous stage act that’s much more Karen O than Aimee Mann. But Gramma’s Boyfriend might not be an alter ego so much as it’s a signpost for where Bonar’s moving next and what she’s leaving behind. She’s used these propulsive and fun new-wave rhythms as the bedrock for her fifth album, Last War, making her best work to date.

It’s a confident record that should bring Bonar wider attention. She’s evolving here, becoming a little darker, finding a new tone that she’s fitting into quite nicely. On the surface, there’s a lot here about relationships: lovers separating; strong women leaving too-sensitive men. But the underlying theme here, even when talking about breakups, seems to be a breakup from her twenties. It’s sometimes bittersweet, as on “Bad Reputation” where Bonar wishes she could date her former self because she’d be a “fun girlfriend” but ultimately concedes, “She’s got a bad reputation / She probably needs medication.” Though the album is generally defiantly optimistic, like on the straight-up rock of “Woke Up In My Future.”

The new wave breaks into the folk most clearly on standout songs like “No Sensitive Man,” “Kill the Fun,” and the title track “Last War” (which has a pretty great video, by the way). They give the record a lively beat that’s not so apparent on her previous albums. Some of this can be credited to her backing players, including Minneapolis music titans like guitarist Jake Hanson (Halloween Alaska, Mason Jennings), drummer Jeremy Hanson (Tapes ‘n Tapes) and multi-instrumentalist Jeremy Ylvisaker (Andrew Bird). Bonar has also recruited Bon Iver’s Justin Vernon to appear on a pair of tracks (“From a Cage” and “Eat for Free”). But Bonar has complete ownership here. Although she could have featured Vernon more prominently and possibly used his fame to dip into his wider audience, Vernon’s trademark falsetto takes a backseat to tastefully harmonize with Bonar’s strong lead. It’s a smart and self-assured move on Bonar’s part: I didn’t even realize Vernon was on the record until looking at the liner notes.

All of the new-wave talk doesn’t mean the folk is completely absent though. Fans preferring her lilting acoustics can latch onto album closer “Eat for Free.” But overall, it’s a great new direction in Bonar’s music. Last War is a short album—merely 31 minutes—but it doesn’t really need to be any longer. It can easily be listened to on repeat without getting old.