Berlin-based Swiss musician, Sophie Hunger, doesn’t fit in any traditional sonic box. Or, rather, she’s such an adept and skilled player that she’s capable of hopping from music box to music box at will, creating songs in various genres from electronic to rock ‘n’ roll to industrial and others. Hunger’s latest release was the song (and video) for the track, “Alpha Venon,” and the 37-year-old Hunger will release her latest LP, Halluzinationen, on Sept. 4. We caught up with Hunger to talk with her about her diverse sonic interests, the staggering number of languages she speaks, how she first fell in love with music, her varied traveling schedule around Europe, her new studio LP and much more.

When and how did you first find music, as a young person?

In school in London we had to sing in a choir. Also at home through my parents’ vinyl collection – I especially adored Ray Charles, whom I tried to imitate.

How did you start to invest in your singing and creative self?

It’s something that just happened. Already as a small child I would go to the piano and write little songs. It was something that seemed to be preprogrammed in my body somehow.

I know very little about Switzerland, how did growing up there influence the way you think about music or art?

I mostly grew up outside of Switzerland, actually, in England and in Germany. We moved about a lot when I was a child. I think music was my safe haven then, the place where I felt in control, where I could express my emotions and have a feeling for the world that otherwise made no sense to me whatsoever.

You live in Berlin now. How has that city helped change or evolve the way you think about music composition?

I’ve started to use a lot of electronic elements – synths, drum computers – ever since I moved [to Berlin]. Before that, I would write very traditionally on an acoustic guitar or on a classical piano. The club scene in Berlin is so dominant and so I jumped right into it.

You recorded recently at Abbey Road studio in London. Was this odd, exhilarating or inspiring?

Exhilarating! We recorded everything live there in a continuous take. So the entire album is one take with no overdubs. That was a real challenge!

You’ve also recently worked providing the music for movies. What does this endeavor do for you that writing for your own albums might not?

This is a song I was asked to write for a German TV series and it’s lead role. It’s a about an actress who struggles with surviving, being pushed around by a bullying male society and who is often exploited. In the song, I try to defend the role of the musician, of the artist in an industry and especially now also in a time of pandemic where everyone needs content, needs ideas, needs music, needs art. But often those who provide this content don’t have any power. If you like, the song is a bit of Marxist Theory mixed with proper feminism.

What languages do you speak and what does being multi-lingual do for the way you think about lyrics or communication?

I speak French, Swiss German, English, German and a bit of Spanish. It gives you access to different cultures, and thereby to different point of views, feelings and colors. I suppose it’s a nice way of becoming more aware of the beauty of our differences and developing empathy.

Halluzinationen is now, I believe, your seventh studio release. And you’ve earned a quarter of a million sales, or more, to date. What does it feel like to achieve success and to steadily grow your fan base?

Success means something else to everyone. For me, success means being independent in my choices and having full artistic freedom. It’s the most important thing for me, truly. But I am aware that this is only possible through a certain minimum amount of commercial success. I am very grateful so far for achieving and keeping that balance.

Last question – simply, what do you love most about music today?

Music suggests a different world – the world of the imaginary, the absurd, the dream. It gives you the possibility to be and feel many more things than the factual world you live in. It can thereby touch a potential in you, bring to life unknown voices or heal hurtful ones and help you to eventually find truth. It’s a school of empathy. It’s a way of existing. 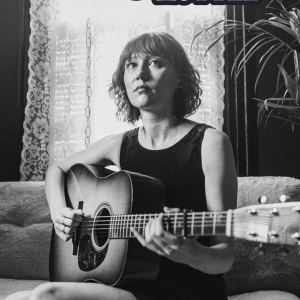 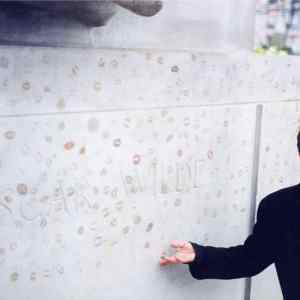