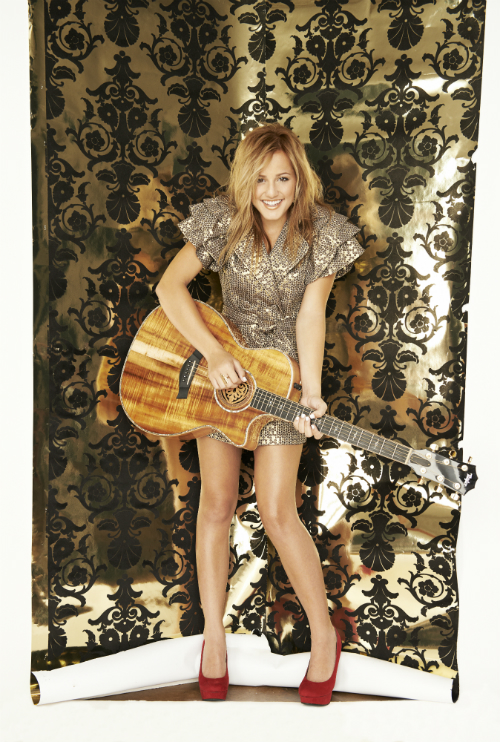 Hear Mary Sarah And Merle Haggard Sing “Fightin’ Side Of Me” The country music world has fallen for Mary Sarah.

“She’s a a beautiful young lady with a beautiful voice,” says Willie Nelson, one of several iconic artists who appears on the 18-year-old singer-songwriter’s latest album, Bridges.

Bridges finds Sarah,  just 16 at the time of the album’s recording, teaming up with country royalty like Dolly Parton, Merle Haggard, the Oak Ridge Boys, Vince Gill and the late Ray Price. They duet on some of the genre’s most iconic songs, including Nelson’s “Crazy” and Parton’s “Jolene.”

The unlikely project has its origins in social media. Mary Sarah, who began pursuing a career in music at the age of eight, used Twitter and YouTube to amass a sizable following. A few years ago, The Oak Ridge Boys sent her a tweet, inviting her to sing with them at the concert they were performing later that night. Emboldened by her big moment on stage, Mary Sarah met with Bridges executive producer Freddy Powers, who helped rope in the album’s impressive roster of guest stars.

Listen to her duet with Merle Haggard on his 1969 anthem “The Fightin’ Side Of Me” below.

“Merle was in the hospital a week or two before we were recording,” Mary Sarah tells American Songwriter. “I didn’t think he’d make it to record, but he did. I can really relate to the song in that way because I have a fightin’ side. Plus, this song is my tribute to our troops. Who better than Merle Haggard to sing with, and dedicate a song to our military?”

Bridges is out May 13 via 144 Entertainment.

Parsonsfield Find Their Happy Union on New Single “Til I Die”

0
In the weeks leading up to Chris Freeman’s wedding, there was a lot of reflection. The reality of life hit him hard....
Read more
Best New Music

0
Pretty in Pink, Sixteen Candles and The Breakfast Club, all certainly set the bar for cult classic movies and played a large...
Read more