I’m falling in love again. Full disclosure: the Fender Jazzmaster has been my main instrument for nearly 20 years. I fell head over heels the first time when I lucked into finding a refinished 1959 model back in the early ’90s. When I went on tour soon afterward, I picked up a Japanese reissue to use as a back-up. The reissue was deeply disappointing – style over substance in the worst way.  Eventually, I managed to trade in the reissue … toward another refinished ‘59.

I’d long wanted to find another Jazzmaster to play at gigs so I could leave my increasingly valuable vintage models at home, but nothing I’ve played has tempted me … until now.  Playing unamplified, I noted that the neck is a little shorter and fatter than my ’59s. When I plugged into my own Vox AC-30 amp, I was taken aback by the richness of the tone.  My ’59s have a brassy, somewhat brittle top-end presence, but not much low-end depth. The ’65 has the bright, brassy top-end, but the sound is richer and fatter. When I added some distortion from a vintage Tube Screamer and a bit of reverb, it just sounded enormous.

Ultimately, I found the reissue to be more playable than my ’59s, mostly because of the slightly shorter neck. I have small hands, and the ’50s Jazzmaster frets are very wide. I’ve probably adapted my playing to the wide frets, so it’s refreshing to play an instrument that is more comfortable in my hands. I was also pleased that it held tune remarkably well – even when I flailed the tremolo Kevin Shields-style.  If you are looking for a Jazzmaster and you don’t want to break the bank on a true vintage model, this reissue is an excellent choice. – JOHN P. STROHM [The Blake Babies, The Lemonheads, Velo-Deluxe] 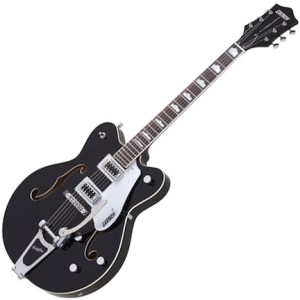