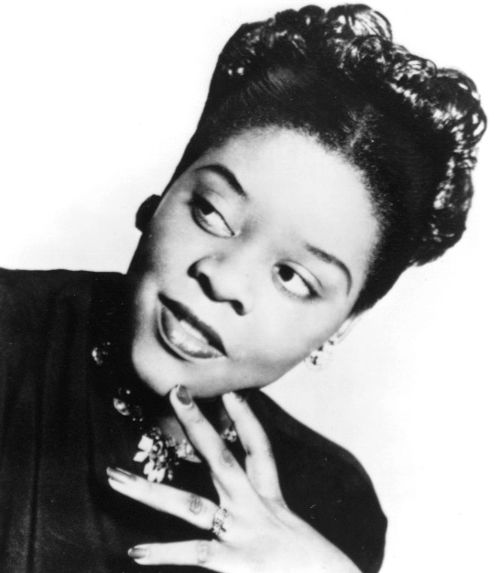 Behind the Song: Ida Cox, “Wild Women Don’t Have The Blues”

Long before Lesley Gore sang “You Don’t Own Me” or Aretha Franklin sang “Respect,” blues legend Ida Cox was demanding equality for women with her music. Nearly a century ago she made her feelings known with “Wild Women Don’t Have the Blues,” which has become a standard that is today considered an early feminist anthem. But it’s also possible that in 1924 Cox wasn’t necessarily flying some type of flag as much as she was just trying to sing well and have some fun with her self-written music.

“Wild Women Don’t Have the Blues” has been covered by numerous artists, and is considered a classic by female singers who haven’t recorded or performed it, but who were definitely influenced by the song and its author. Janiva Magness, whose new album Love Is An Army drops this month, is one of her generation’s best-known female blues artists and songwriters. A Grammy nominee who was named the Blues Foundation’s B.B. King Entertainer of the Year in 2009, Magness said she is well-acquainted with Cox’s song.

“I have long been a fan of Ida Cox,” she said via e-mail during a European tour, “coming across her material as a young blues singer, panning for gold so to speak. I have never performed this tune but have long been familiar with it. One my favorite versions is by Francine Reed, a fellow artist I met many years ago when I lived in Phoenix. Francine went on to become part of Lyle Lovett’s Large Band.” (Reed performs the song with Lovett and company on the group’s 1999 album Live In Texas.)

The song is often also referred to by the title “Wild Women Don’t Get the Blues,” or simply “Wild Women.” While it may seem tame by today’s standards, it’s a sure bet that a black woman – or any woman – singing a song that so flagrantly disputed the authority of a man in 1924 caused controversy. And the song was a big seller for Cox because, as they say, controversy sells, especially when it’s propelled by lyrics like:

I’ve got a disposition and a way of my own,
When my man starts to kicking I let him find a new home,
I get full of good liquor, walk the street all night
Go home and put my man out if he don’t act right
Wild women don’t worry,
Wild women don’t have the blues.

“The lyric, I am certain, was not only considered bawdy for the times but a direct hit, so to speak,” Magness said. “She flat-out calls out any man who does not treat her right. Further, she seems to have no trouble with her own sexual appetite or personal power. This is portrayed in a humorous musical landscape, which is almost comical in the way it’s performed, making light of what at that time was an outrageous statement of encouragement and personal power to all women. Speaking to not just your own truth, but the truth of many others is often both dangerous and risqué. Funny and enticing. How could it fail with those ingredients!”