Getting the perfect acoustic guitar sound on stage or in the studio can be quite the dilemma. You have two options to choose from; either to use the internal piezo pickup built into your acoustic-electric (granted you have one), or mic up the guitar. While using the guitar’s pickup makes for ease of movement, it sometimes produces an unnatural sound that is unrecognizable from what we know and love about our instrument; and while using a mic sounds amazing, it can be an expensive proposition, and causes the player to have to sit still for the mic to capture the certain “sweet spot” of the guitar, which is not great for your performance. As a songwriter who shares their time between the studio and the stage, it’s about time for a solution that’ll do the job for all your needs. The iRig Acoustic Stage just might do the trick for you.

It’s no secret that the folks at IK Multimedia have a handle on their game. Products such as the original iRig and AmpliTube streamlined recording for users, such as singer-songwriters, to be able to track their ideas easily and portably while giving them a professional sounding product. No matter where the idea hits, you were able to capture it right then and there. That trait still holds true with the new iRig Acoustic Stage.

The iRig Acoustic Stage is a digital microphone system designed most-specifically for the acoustic guitar that gives you a “studio” quality sound, yet live on stage. Its combination of the MEMS microphone along with the hi-quality pre-amp and DSP power brings your acoustic to life wherever you plug it in to. With its small platform, consisting of a microphone that clips onto the soundhole and a beltpack preamp, allows you to move around with ease and can fit easily in your guitar case. Think of it as a nearly invisible pedal that attaches to your guitar.

Installation of the microphone is easy and takes seconds. The preamp is comparable to the size and shape of a wireless unit, and clips snuggly and sturdily onto your guitar strap or belt. The preamp has three built-in EQ functions for both steel and nylon-stringed guitars, and are selected by the press of the “tone” button. There’s also a “cancel feedback” function that is an extremely useful tool while playing live.

I personally have always dreaded bringing my acoustic out to play live gigs, and as primarily a singer-songwriter it is something I have to do on a daily basis. The tone of my pickup never captures what I love about my instruments, and it is always hard for me to get it to sit right in the mix. I was super excited on receiving the iRig Acoustic Stage, and it lived up to all the expectations I had for it. Clipping it onto even my vintage J15, it maintained the natural sound and body of the guitar just like an expensive condenser microphone would. I was able to clip the pre-amp to my pocket and move around the stage with total ease. The guitar-pick shaped microphone is sleek and perfectly out of the way of my picking. It was like the iRig wasn’t even there!

The tone function was very useful to me, catering the EQ to the PA and room easily and efficiently. The iRig also has a function where it can “custom calibrate” its DSP to your guitar specifically, but the built in calibration worked perfectly on every axe I used it with. The built-in “cancel feedback” function was a must on loud stages and removed the problem frequencies without altering the tone that I already had.

Though an amazing live tool, I found this product to really shine in the studio. I AB’d this unit to a few of my favorite utilitarian mics that I would normally use, and it stood strong right up there with them. This is useful while writing a song, as sometimes there’s just not enough time to set up a microphone while the idea is brewing in your brain. I never found the built in pickups on acoustics to sound relatively good on recordings and I would often have to redo the part, sometimes scrapping a perfectly good take. With the iRig, you can get that perfect acoustic part on the same day you wrote the song with all the passion and inspiration that is flowing in the air.

The iRig Acoustic Stage also doubles as an interface that is compatible with all of your favorite recording software needs. It connects via USB to either your computer or your iOS device, which makes it easy to track your song ideas wherever you are. Its 32-bit A/D and D/A converter hangs alongside your favorite recording interfaces, and it’s only a quarter of the size of most!

Though I am mostly an acoustic player, I found that this unit works insanely well on all acoustic instruments with any round soundhole, especially the trendy ukulele. It maintained the natural sound of my uke, which I never could quite figure out in a live setting. The iRig totally threw that dilemma out the window for me.

The iRig retails at $99, a tremendous value and a no-brainer purchase for all you acoustic slingers. For how many tricks this has up its sleeve, I was expecting a higher price tag. The iRig Acoustic Stage solves many issues acoustic guitarists have had to put up with in a live situation and eases your writing process in the studio. 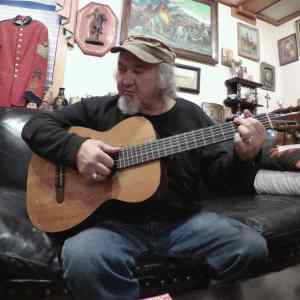 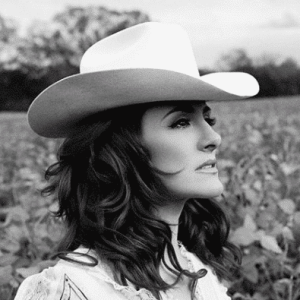