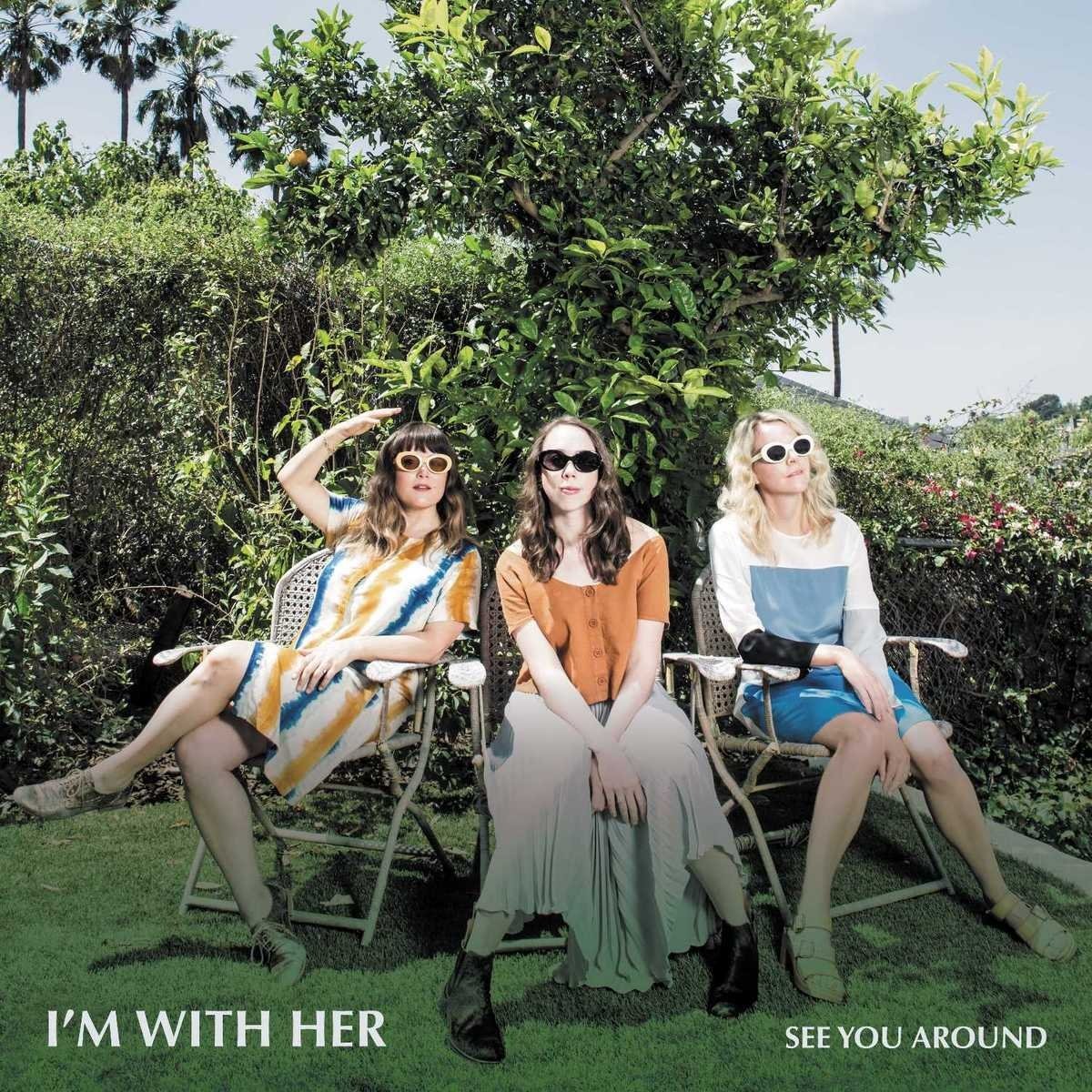 I’m With Her: See You Around I’m With Her
See You Around
(Rounder Records)
Rating: 4 out of 5 stars

After several years of one-off singles and teasing covers, the folk-roots supergroup I’m With Her, composed of Sara Watkins, Aoife O’Donovan and Sarah Jarosz, has finally released its debut album of original material after first forming nearly four years ago. See You Around is a sparse, precise collection of fine-tuned acoustic folk, complete with note-perfect instrumentation, warm three-part harmonies and deft songwriting from the trio of triple-threat singer-songwriter-multi-instrumentalists.

Unlike so many disjointed supergroup records, See You Around functions as a unified collaborative project, with its dozen songs seamlessly blending into one another. It’s hard to tell just who wrote each song, with the trio trading off on vocals, joining in on harmonies, swapping instruments, and generally all leaving their mark on each individual number, regardless of who wrote the song or who’s singing lead. These songs never sound like they were discarded outtakes from each songwriter’s solo projects, but rather, fresh compositions from a distinct outfit.

This largely acoustic album is filled with banjo, fiddle, and ukulele, but part of what makes I’m With Her so compelling is their refusal to capitulate to contemporary genre trends and posture as primal Southern roots revivalists. See You Around, produced by Ethan Johns, is an album of precise acoustic craftsmanship and Northwoods folk. Many of these originals, like “I-89” and “Waitsfield” are rooted in Vermont, where the album was partially written. Here, “Crescent City” refers not to New Orleans but rather, the Northern California beach town.

I’m With Her close out their impressive debut with an nearly a capella cover of “Hundred Miles,” an unreleased song written by Gillian Welch performed in an alternating series of two and three-part harmonies. It’s a stunning end to an album that should establish the trio less as a one-off supergroup and rather as a necessary, urgent voice in modern acoustic roots music.