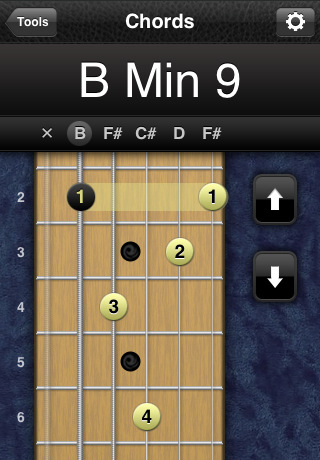 When I was 16, my guitar teacher gave me some esoteric chord book. There was a freaky-looking hippie on the cover and inside I found a smorgasbord of guitar fingerings and concepts that I really wasn’t able to get much out of. The book was probably called something like “Chord Alchemy” and not even Thelonious Monk would have had much fun with it.

On the other hand, the new “Guitar Tools” iPhone and iPad app from D’Addario’s accessory brand, Planet Waves, is full of useful, easy to navigate information. The app was developed by Audiofile Engineering, who have previously developed apps like the FiRe field recorder.

There are eight tools in the app and these range from “Teachers Near Me” and “Stores Near Me” at the bottom of the list to “Chords” and “Scales” at the top of the list. In between, ever-useful tools like metronome and tuner are included. While I can’t imagine needing to use an iPhone app to find a teacher suddenly on a whim – the Internet itself or a trip to a guitar shop is usually suffice for that – using the app to find a nearby store, especially if you’re a gigging guitarist on an off day in Wichita, Kansas, would be a nice touch, considering how often Google maps can lead you astray. (Try Phil Uhlik Music on East Douglas.)

The app’s digital tuner works great for on-the-go tuning. You can toggle between a strobe and needle view and also easily dial up presets like 1/2 Step Down Standard, or pull from a list of options like Open G, D Modal 1 (DADGAD), plus quirky additions like “Nick Drake” (CGCFCE) – though the English guitarists used dozens of esoteric tunings – or “Guinnevere” (EBDGAD). The metronome is just as easy to handle, and you can adjust BPM (beats per minute) numerically or by using tap tempo. You can select tempo by vocabulary too, where 71 bpm is adagio and 144 is allegro, and dial in time signatures (5/4 accents on 1 + 3).

The real bevy of info in Planet Waves’ app, though, is the 7,000-strong chord library now neatly housed on your phone. You can scroll through chord options with a slot machine-style three-window viewer, selecting the root note, type of chord (major, minor, dominant, diminished) and then  additional chordal elements such as 7th, b7th, 7 add 11, ad infinitum (9 #5 b5, 13 susb9), and can also shift up the neck of the guitar to see inversions. A neat interactive feature is the “Chord Finder” tool, which lets you use the touchscreen to select notes in a chord, sounding each tone when when you hit a note, then plays the chord you’ve created and names it. (D maj7 #5 #11/ F# – take that hippie chord guy!)

If you’re a scale nut, there’s plenty to froth over in the “Scales” section. You can go from “basic” scales like pentatonic, major, minor, and melodic-minor, to modes (Dorian, Mixolydian), advanced (whole tone, Lydian b7) and arpeggios. Again, you can even set up scales in various tunings and hear tone values when you click on a note on the screen.

Planet Waves and Audiofile have done a great job creating an app packed with complicated features that never seems overwhelming. It’s hard to imagine any guitarist not being able to find something useful in the app. Usability for guitar tools really has come a long way since Chord Alchemy. 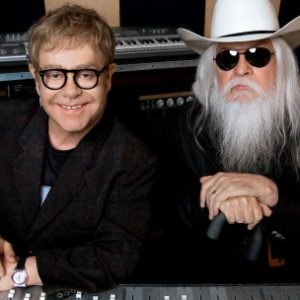