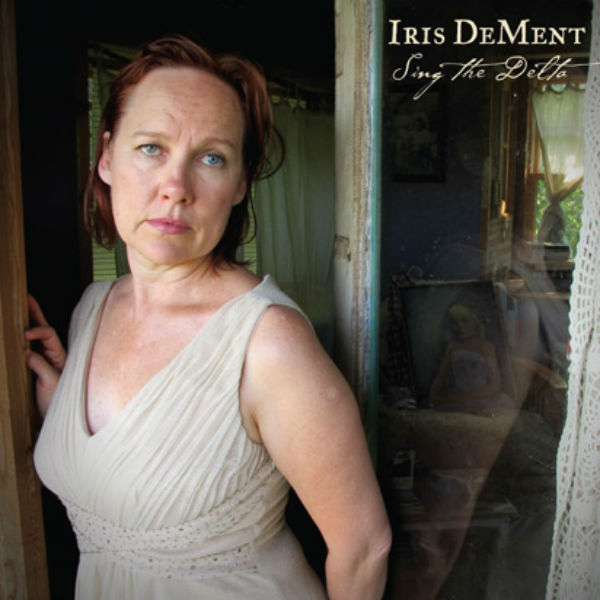 Iris DeMent
Sing The Delta
(Flariella)
3.5 stars out of 5

As the Americana movement that she helped to initiate back in the early-to-mid 90’s took off in popularity, Iris DeMent for the most part watched from the sidelines. In the past sixteen years, the only album she released was 2004’s Lifeline, a gospel record with no originals. That hiatus is over, thankfully, as DeMent returns with both her vocal and songwriting acumen intact on Sing The Delta.

Just the title of the new record should let everybody know that DeMent, as always, is going to be singing about the South. She not only nails the sights, sounds, and smells with her vivid descriptions, but she also imbues the characters in her songs with emotions that feel honest and hard-earned, partly because you get the feeling that she knows them all so well. The music, usually driven by Dement’s piano, is expertly played as well, although at times it’s too tasteful and not rollicking enough to capture the singer’s restless spirit.

The first two songs, both fare-thee-wells, set the two extremes musically and lyrically. Opener “Go On Ahead And Go Home” sends someone into the Great Beyond with a jaunty Fats Domino melody that suggests a party is waiting, while “Before The Colors Fade,” all mournful chords and DeMent’s Arkansas twang in quivering vibrato, suggests a parting where the sorrow will be anything but sweet.

God and family play a big role in DeMent’s narratives. Her nuanced questioning of her faith on “The Kingdom Has Already Come” is sharply contrasted by the harrowing “The Night I Learned How Not To Pray,” where the narrator witnesses tragedy at a tender age and can’t reconcile why her entreaties to heaven weren’t answered like she’d been taught that they would be.

Her family gets a much more uniformly positive spin. On “If That Ain’t Love,” DeMent sings the praises of her hard-working father. Even better is “Momma Was Always Tellin’ Her Truth,” which works not just as a tribute to her Mom but also as an ode to speaking up for what you believe no matter the consequences.

DeMent also shows she can get introspective on the unassumingly devastating “Living On the Inside,” and she sings a worthy love song to her home on the beautiful title track, where she talks about her heritage being “still in her blood and it’s still flying strong and wild.” That latter phrase could apply to Iris DeMent herself, making a return with Sing The Delta that is as well-executed as it is welcome.