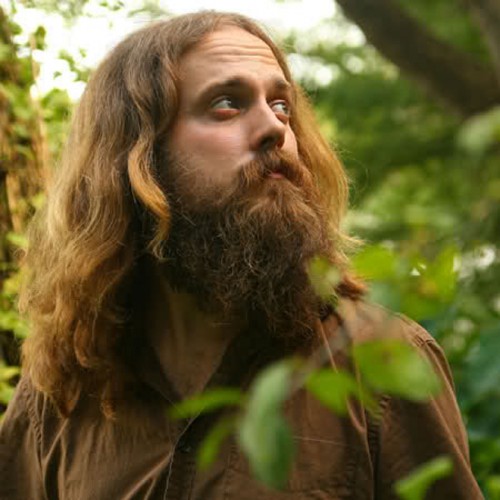 If Sam Beam ever went to Sunday school, he must’ve been the teacher’s worst nightmare.

The Iron & Wine frontman has been filling his songs with religious iconography for more than a decade, but you wouldn’t file them alongside tunes by Michael W. Smith or DC Talk. There’s always been something different about Beam’s references to the Bible — something skewed and scholarly, and perhaps a bit controversial, too.

Take “Jesus the Mexican Boy,” a song about a Latin American Jesus who was born in a truck bed during the middle of July (not a manger on Christmas morning) and happily shares his secret stash of nudie photos with the narrator. Or “Evening on the Ground (Lilith’s Song),” in which the Garden of Eden gets heated after Adam’s first wife, Lilith, refuses to sleep with him. Beam sings the second song from Lilith’s point of view, trading his usual whisper-soft croon for something urgent and raspy. “We were made to f**k each other one way or another, but I’ll only lie down by the waterside at night,” goes the chorus.

Put all of Beam’s religious songs into a ring and have them wage a gladiatorial battle for supremacy, though, and “Jezebel” (from 2005’s Woman King) would emerge victorious. Here, Beam turns an old Bible parable on its head, transforming Jezebel from an evil pagan into a misunderstood, murdered woman. It’s one of the most beautiful songs in the Iron & Wine catalog, and the lyrics — full of homophones, double entendres, pastoral images and allusions to the Old Testament — pack as heavy a punch as the music itself.

In the Bible, Jezebel is depicted as a self-serving Phoenician beauty who marries King Ahab, converts him to her own religion and begins murdering any Jewish prophets who refuse to give up their old God. Since this causes problems for Israel, a revolt is formed to overthrow King Ahab. Jezebel is eventually thrown out of a window, trampled by horses and eaten by wild dogs. A new king takes the throne — the same man who rode his horse over the former queen’s body — and Jezebel lives on as a cautionary tale about the dangers of idolatry and sexual promiscuity.

In Beam’s hands, though, she becomes a different sort of woman. “She was certainly the spark for all I’ve done,” he sings at one point, exalting her memory rather than cheering her death. The rest of the song follows a similar bent. Beam switches between snapshots of her murder (“The window was wide / She could see the dogs come running”), regrets that she died before he could confess his feelings (“She was gone before I ever got to say / ‘Lay here, my love, you’re the only shape I pray to, Jezebel’”) and his own pledges to keep her memory safe. The entire song rests on the chorus, which promises, “We’ll love you more and wholly / Jezebel, it’s we, we that you are for only.” Or does it say, “We’ll love you more / And holy Jezebel / It’s we, we that you are for only?” The song makes sense either way.

Iron & Wine’s “Jezebel” dovetails with 21st century reinterpretations of the Jezebel story, which claim she wasn’t villainous as much as a threat to male-dominated society. Jezebel convinced her husband to lose his religion, after all, a move that made her as powerful as the King himself. Perhaps all this vilification — the claim that she was promiscuous, the accusation that she ordered Jewish prophets to be stoned to death, even the rumor that she was a prostitute — was drummed up years ago, right after her death, by those who wanted to restore order to the patriarchal system.

It’s hard to know what kind of role Beam plays in the song. Maybe he’s King Ahab, pining for his wife from the afterlife. Maybe he’s an Israeli citizen who genuinely loved the queen. Or maybe he’s just Sam Beam, singing about a girl who’s gotten a bad rep for unfair reasons. If his Jezebel was half as beautiful as the song itself, she must’ve been a babe.

Who’s seen Jezebel?
She was born to be the woman I would know
And hold like the breeze
Half as tight as both our eyes closed

Who’s seen Jezebel?
She went walking where the cedars line the road
Her blouse on the ground
Where the dogs were hungry, roaming

Who’s seen Jezebel?
She was born to be the woman we could blame
Make me a beast half as brave
I’d be the same

Who’s seen Jezebel?
She was gone before I ever got to say
“Lay here my love
You’re the only shape I’ll pray to, Jezebel”

Who’s seen Jezebel?
Will the mountain last as long as I can wait
Wait like the dawn
How it aches to meet the day

Who’s seen Jezebel?
She was certainly the spark for all I’ve done
The window was wide
She could see the dogs come running