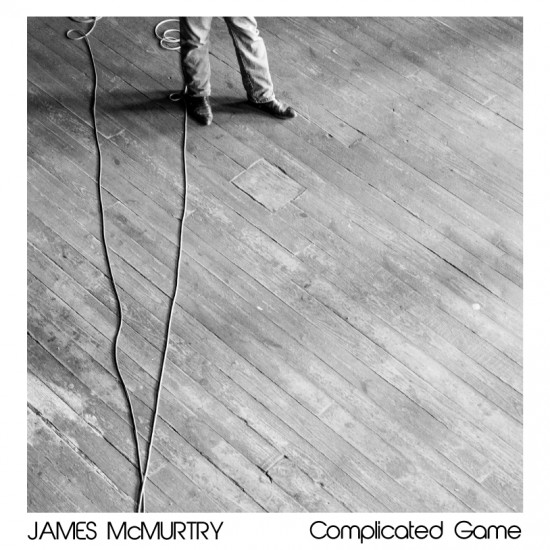 “Honey don’t you be yelling at me while I’m cleaning my gun.” In lesser hands, an opening line like that might signal a shallow, stereotypical piece of country-rock bombast was on its way. Good thing then the line in question is the kick-off for James McMurtry’s new album Complicated Game, which trades in honesty, humor, eloquence, and integrity every step of the way.

Those qualities are what folks have come to expect of McMurtry, whose literary background rarely shows itself via ten-cent words or elaborate metaphors.  Yet read between the lines of his songs and you’ll notice how he tells seemingly simple stories that both resonate on a personal level and manage to touch on larger themes and social issues as deftly as any protest singer.

In the case of the line mentioned above, it begins “Copper Canteen,” a sneakily moving meditation on marriage. Accompanied by brooding strings, McMurtry crawls inside an ornery narrator through lived-in details: chopping wood, shoveling sidewalks, and marking time “through a series of Chevys and Fords.” Amidst the routine, he watches his local store marginalized by “big boxes” and laments the unknown future. For all his tough talk though, the embrace of his wife in the dark is the one thing that keeps him pushing against the tide.

That’s just the first of the effortless epics that McMurtry spins on Complicated Game, his first full-length since 2008’s Just Us Kids. If there is a twist this time around, it’s that he spends a bit more time than on previous releases on romance, even if that word seems far too flowery for the hard truths and small victories that characterize most of the relationships depicted here.

McMurtry prefers to undercut any creeping sentiment with bittersweet touches. “You Got To Me” doesn’t skimp on the adulation, but it comes on behalf of a girl who’s long since departed the narrator’s lonely life. “She Loves Me” may seem from the title like a flat-out love song, and it’s even embellished by some doo-wop flavor, but the swooning is mitigated by the fact that the “she” in question is carrying on another tryst while the protagonist is away. And while it’s not for sure that the stone-faced and chilling closing track “Cutter” references a failed relationship, the inner demons it displays seem to negate the benevolence of love in any form.

While Complicated Game tends to be a somber, contemplative musical affair, it leaves room for some feistier romps. “Forgotten Coast” is a bluesy boogie featuring Derek Trucks on slide guitar. And “How’m I Gonna Find You Now” is a banjo-fueled adrenaline-pumper reminiscent of Bruce Springsteen’s “Open All Night”; both feature half-cocked heroes on an all-night ride to possibly find their girl and definitely find some trouble.

McMurtry gets to flash some fast-talking lyrical skills on that track, but he’s just as affecting when he’s playing characters struggling to stay resilient in the face of the unbearable pressure. Those characters include the war vet who finds the futility of farming life pushing him back to reenlistment in “South Dakota”, or the put-upon fishermen scraping to get by in “Carlisle’s Haul.” As much as despair would seem like the most sensible option in these songs, hope persists, or, as McMurtry puts it, “At the end of the rope there’s a little more rope most times.”

McMurtry brings all of the album’s disparate themes together on the beautiful “Long Island Sound.” Over traditional Irish instruments like Uilleann pipes and low whistles, McMurtry intones a chantey about a Tulsa native who finds himself, much to his bemusement and ambivalence, living with his kids in the New York City suburbs, a soccer Dad buying rounds for the “strangers, the Mets and the Rangers” while musing about a long-ago love singing hymns in an Oklahoma church. Life is indeed a Complicated Game on James McMurty’s latest. It’s an album that shows again and again that very few songwriters on this planet illuminate the oft-unfair rules of this game or the inner workings of the players quite like he can.