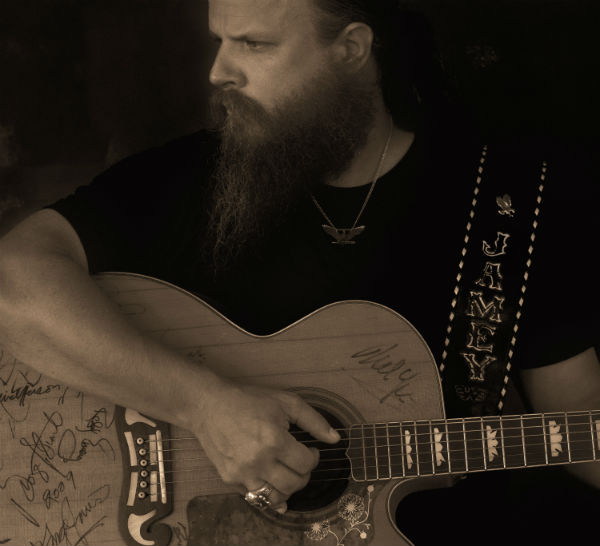 Jamey Johnson: Living For A Song: A Tribute To Hank Cochran Born in rural Mississippi during the Great Depression, raised in an orphanage in Memphis, and traveling the West as an itinerant worker in his teens, Hank Cochran was an unlikely country music legend. Once he finally settled in Nashville and took a songwriting gig at Ray Price’s Pamper Music publishing firm, Cochran penned huge hits for Patsy Cline, Burl Ives, Eddy Arnold, and too many others to list. He’s also responsible for wrangling a job for his friend and frequent collaborator Willie Nelson. When he died in 2010, his plainspoken and often devastating songs had been breaking and mending hearts for generations.

To say that Cochran casts a long shadow over Nashville would be a criminal understatement. In many ways, he helped define country music as it made its way out of the holler and into the city, out of the backwoods margins and into the American mainstream. In terms of influence and even quality, he may be second only to Hank Williams, and his compositions are marked by a graceful, often disarming economy of language that allows singers to convey immense heartache with insight, dignity, and even humor.

Country and even rock musicians have been singing Cochran’s songs for decades now, but Jamey Johnson goes one further: Corralling an embarrassingly impressive roster of duet partners, he has recorded a full album of Cochran tunes – some that should be familiar to anyone with a pulse (“I Fall To Pieces”) and a few that will impress even the heartier Cochran fan (“The Eagle”). At a time when Johnson could be cementing his career as a country music maverick with another ambitious double album of original compositions, he’s chosen to boot-scoot out of the way and turn the spotlight on some of his heroes for Living For A Song: A Tribute To Hank Cochran. Willie Nelson was contractually, perhaps even existentially obligated to show up, Elvis Costello is a nice surprise, and Merle Haggard is barely distinguishable from Johnson (which is a compliment to both men).

But it’s really the womenfolk who illuminate this album, not only adjourning this meeting of the boys’ club but also softening up Johnson’s old-growth voice. He’s never better than when he’s making up with Alison Krauss on “Make The World Go Away” or trading barbs with Lee Ann Womack on “This Ain’t My First Rodeo.” On the other hand, he sounds positively out of his depth trying to match Emmylou Harris’ supremely breathy vocals on “Don’t Touch Me,” which belie the title’s standoffishness. It would have been nice to get some younger talent involved, to see what someone like Miranda Lambert or Justin Townes Earle or Rhiannon Giddens could have done with a song like “Don’t You Ever Get Tired Of Hurting Me” or “Would These Arms Be In Your Way.” That might have tempered the hero worship a bit and made Living For A Song less like Johnson’s version of rock-and-roll fantasy camp.

While the album is too long by at least four songs (Johnson has never been the best editor of his own material), he and his crew do well by Cochran. They treat these songs gingerly, even going so far as to gently re-create the countrypolitan arrangements of the originals. If that makes the album sound overly familiar at times, it also means Johnson never strains to update these songs or argue for their relevance. Instead, he lets them speak for themselves.

And they speak volumes, evoking the excitement of love and the horrors of heartbreak with compassion and intelligence. Has Nashville ever produced a better song about the emotional power of a song than “A-11”? “If you play A-11,” Johnson sings with Ronnie Dunn, “there’ll be tears.” It’s a gorgeously understated line, but it packs a powerful punch and leaves the listener reeling. And that’s the key to the success of Cochran’s songwriting and Johnson’s tribute: Both men understand that a broken heart transcends generations and genre trends. By feting his hero, Johnson reassures us that the future of country music might just be its own past.