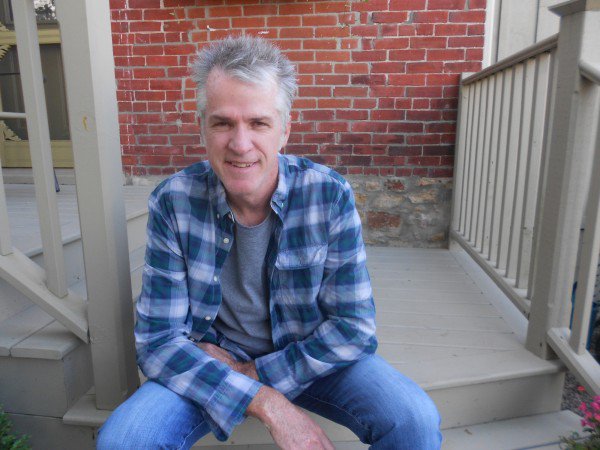 This song started with the title. I think I was listening to Joan Osborne’s cover of the classic Motown song “What Becomes Of The Broken-hearted” when the phrase “language of the broken-hearted” sort of popped into my head and I thought I might have something.

When did you write it? How long did it take to write, start-to-finish?

The original version of the song was probably written over year ago. It was slightly different, with each verse ending with the title. But I was not happy with the phrasing. So I switched some lines around and came up with this version, which is only a month or two old.

I have come up with a basic C-F-C-G sequence. But, I need someone to come up with a nice hook or bridge to take it to the next level. Something to give it the punch it needs.

I am partial to the opening two lines. Maybe because I have had them kicking around for a while. I actually lifted them from another piece I wrote called “Built On The Blues”.

Is this song based on a personal experience of any kind, or did you inhabit the headspace of an imagined character?

It is not based on any personal experience, but grew from the single title phrase. To me song lyrics are like the shortest of short stories. And they can be works of fiction or non-fiction. Writers of non-fiction will always be accountable to the truth. Fiction writers are not bound by that reality, which is why I like writing from that perspective. The hard part is making the work believable and relatable. Inhabiting the headspace of an imaginary character pretty well nails it.

This song references Leonard Cohen, whom we lost in late 2016. How did his death affect you?

When I hear of an artist’s passing I always eulogize them by listening to their music. When Leonard Cohen died, my wife (whose name happens to be Suzanne) and I listened to the 1995 tribute album, Tower Of Song. When you listen to the lyrics it is easy to see why, since the late ’60s, so many people have covered his songs. And they will be covered for years to come. But his passing, though sad, was also a cause for celebration. Only because he lived such a full life. One that really did seem to be filled with wine, women and song. And, much like Dylan, all that he achieved he did so on his own terms. How many other ordained Buddhist monks are in the rock and roll hall of fame?

I do not have a process as such. When I was young I would not write a song down until it was basically fully-formed. Sometimes I would carry it in my head for days. Now I need to write the ideas down pretty well right away, or I will forget them. The other aspect that has changed for me is the editing stage. I now know it is a crucial part of the process. The fine tuning is important.

You were our first place Lyric Contest winner in 2015. How does it feel to be recognized again a year later?

Surprising, rewarding and humbling. I have been reading American Songwriter for a long time. So it is great to see my work within its pages. I was glad to hear that being the 2015 Grand Prize winner did not preclude me from entering again. It is a great platform for lyricists.