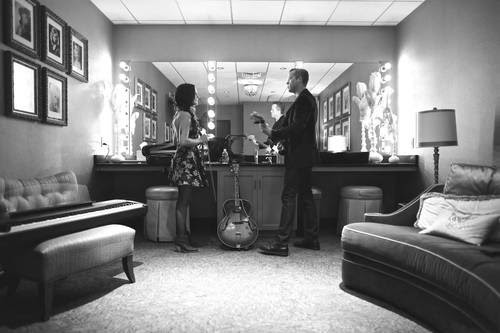 Jason Isbell and wife Amanda Shires have released an acoustic duet titled “The Color of a Cloudy Day” for Amazon’s Amazon Acoustic playlists, which features exclusive songs written by some of today’s top songwriters. The song is a rare collaboration between the pair, who frequently join each other on stage but almost never co-write.

“Usually we only help each other edit songs that we write individually,” Isbell said. “This song deals with crime and punishment. The protagonist isn’t exactly innocent, but he isn’t guilty of the crime for which he’s being punished.”

Listen to “The Color of a Cloudy Day” below.

0
St. Jude Children’s Research Hospital is pleased to announce that acclaimed Singer-Songwriter and recording artist, Amy Allen will be performing at the 2020...
Read more