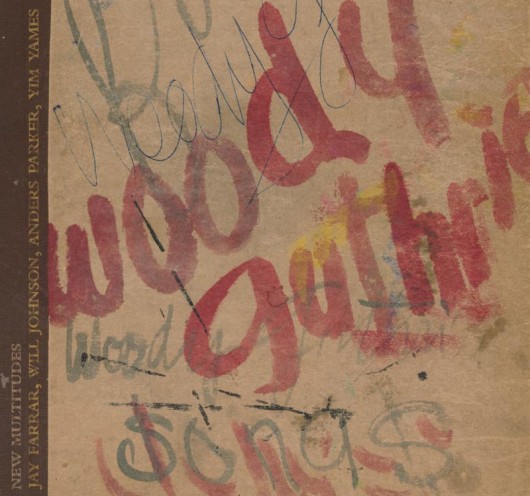 This year represents the centennial anniversary of Woody Guthrie’s birth back on July 14, 1912. Even though the Okie troubadour died on October 3, 1967, he left behind an extensive treasure trove of completed and unreleased lyrics written between 1939 and the year of his death. Daughter Nora has guarded her father’s legacy by overseeing the Woody Guthrie Foundation, a non-profit organization that is the administrator and caretaker of the late singer-songwriter’s extensive archives. Since it opened to the public back in 1996, Guthrie’s daughter has invited musicians to dig through this wealth of aforementioned lyrics and set them to music. Over time, a wide array of artists from the worlds of folk (Ellis Paul, Slaid Cleaves, Janis Ian) and punk (Anti-Flag) have accepted the invitation. And while Jonatha Brooke and The Klezmatics have recorded whole albums solely made up of original Guthrie lyrics set to newly-composed music, (2008’s The Works and 2006’s Wonder Wheel respectively), the most high-profile participants have been the combination of Billy Bragg and Wilco. This union yielded 1998’s Mermaid Avenue and the 2000 sequel, Mermaid Avenue Vol. II, both of which also spawned the 1999 documentary Man in the Sand, a cinematic chronicle of this collaboration.

The latest gaggle of musicians to undertake this same journey is the quartet of Jay Farrar (Son Volt), Anders Parker (Varnaline), Will Johnson (Centro-Matic) and Yim Yames (My Morning Jacket). Cherry-picking material written during Guthrie’s time living in California during the 1930’s, the subject matter is more in a non-political/non-protest vein. (Although Yames’ psychedelic take on “My Revolutionary Mind” includes the plea for the company of a leftist/progressively-minded paramour.) The foursome each sing lead on a trio of tunes with the other three taking on a supporting role. As such, the creative personalities of each participant are effectively imprinted on each song. Yames’ aforementioned trippy readings do flair up. They not only transition out of the more traditional acoustic arrangements of the Spanish-flavored “Talking Empty Bed Blues,” but tinge the Ladysmith Black Mambazo-ish choruses of “Changing World.” Johnson may heap on the echo throughout the ethereal “”Chorine My Sweet Queen,” but he also employs heavy-handed acoustic guitar (“No Fear”) and indulges in heavily distorted riffage (“V.D. City”), both reminiscent of Steve Earle and Crazy Horse respectively.

Parker’s honeyed vocals add some sweetness to the proceedings whether it’s on the gorgeously wistful “Fly High,” toe-tapping rock of “Old L.A.” or “Angel’s Blues,” infused with blues as they might have been played by Richard Thompson. As for Farrar, an outspoken admirer of Guthrie’s, his lot is more of a mixed bag. He sandwiches everyone else’s songs with epic opener “Hoping Machine,” and its epic combination of layered piano, acoustic strum and ringing harmonies that noticeably swell on the choruses. And while the combination of voices here is as glorious as it is on the remainder of the album, the closing title track still comes off sounding like a more repetitious mix of jangle and rigid cadences. The Uncle Tupelo founding member does redeem himself with “Careless Wreckless Love,” tossing off his usually dour phrasing and instead singing with a carefree breeziness coupled with a number of hooks sprinkled throughout this arrangement. In the end, these four alt-folkies honor their idol’s legacy, providing a gateway for a younger generation of fans to further experience and explore the importance of Woody Guthrie.