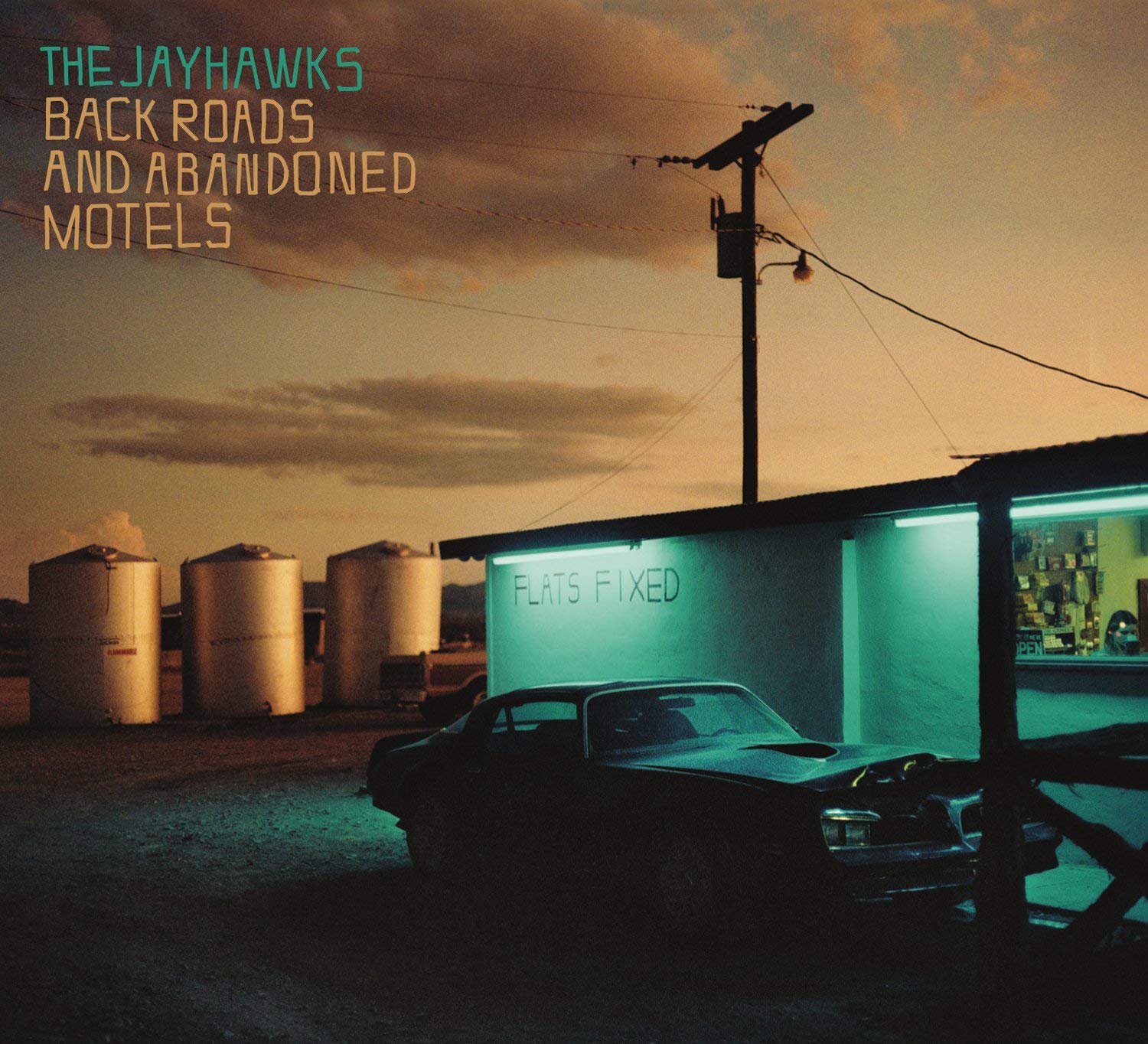 The Jayhawks: Back Roads And Abandoned Motels

The Jayhawks
Back Roads And Abandoned Motels
(Legacy)
Rating: 3.5 out of 5 stars

Gary Louris didn’t spend much time composing songs for the Jayhawks’ newest album. That’s because he had already co-written most of them.

On the intriguingly titled Back Roads And Abandoned Motels, the Jayhawks frontman collects nine tunes he penned in conjunction with other artists, both well known (the Dixie Chicks, Jakob Dylan) and more obscure (Wild Feathers, Scott Thomas), most of whom performed them on their albums. He gives those songs, along with two new ones, a whirl with the Jayhawks backing band, recording all 11 in just two sessions.

Louris must be feeling particularly generous these days because he steps away from the mic to let drummer Tim O’Reagan sing lead on two selections and keyboardist Karen Grotberg gets a few more. Her vocal contributions are the first on a Jayhawks album, and, based on her performance of the ballad “El Dorado” (originally recorded by Carrie Rodriguez) and the Memphis-styled opener “Come Cryin’ To Me” (first heard on Natalie Maines’ 2013 solo project Mother), will hopefully not be the last.

Perhaps not surprisingly, this makes for a pretty great Jayhawks album. Louris rescues the impossibly catchy “Backward Women,” written with the Wild Feathers yet never previously recorded, which becomes one of this disc’s highlights. The Thomas co-write “Need You Tonight” gets a well-earned second chance and becomes a sturdier song in this updated, tougher version. Two Dixie Chicks tracks receive the Jayhawks treatment with “Everybody Knows” and “Bitter End” dusted off and sounding as fresh and inspired as when the Chicks recorded them. And kudos to Louris for liberating his and Jakob Dylan’s seldom heard contribution to the True Blood series “Gonna Be a Darkness,” which sounds like a terrific Simon & Garfunkel b–side.

Two new compositions close the album and are the only ones on which Louris didn’t tap collaborators. They’re both solid Jayhawks songs even if neither the strummy love ballad “Carry You To Safety” nor the piano tinkling “Leaving Detroit,” which addresses an abusive relationship with chilling candor, are quite up to the quality of what preceded them.

At this late stage, Gary Louris doesn’t need to rehash older music. He has proven his talents as a moving songsmith and distinctive, emotional vocalist with his three decade and counting work for the Jayhawks. He’s rightfully established as an integral component of the Americana genre. Regardless, it’s terrific to hear these Louris co-composed songs interpreted by the band. Even though they were assembled from different years and with other artists’ input, Back Roads And Abandoned Motels feels as cohesive and organic as the best Jayhawks releases.