When the world shuts down, what else is there to do but make music. A few weeks into the COVID lockdown in New York City, singer and songwriter Jeff Slate set up his East Village apartment and studio for a weekly concert series, #StayHome, which kicked off on Facebook and Instagram on April 9, and has continued every Thursday since (4p.m. ET) to help raise funds for multiple humanitarian and social justice causes.

As the weeks went by in lockdown, Slate decided to compile the live content from the sessions and filtered down hundreds of songs from the Stay Home shows to 43 tracks on Lockdown Live, out Aug. 14.

Originally, Slate says he wanted to record the weekly shows and share them on streaming services and social media. When he started getting requests to purchase the “Lockdown” versions, he decided to use the weekly show to raise funds for some charitable causes and partnered with the series’ sponsor, Hill Country, a New York venue where Slate has played monthly for nearly seven years.

“I never intended to release them [the tracks],” says Slate. “I didn’t worry about mic placement or levels or any of that stuff, so they all sound a bit different, and there’s a little variation on each track.”

Mixed in with acoustic covers of everything from The Rolling Stones’ “Wild Horses” to George Harrison’s “Give Me Love (Give Me Peace On Earth)” and The Psychedelic Furs’ “The Ghost in You,” Slate also sprinkled in some of his own music, tapping two songs from 2013’s Imposters and Attractions, including “My Dolly,” five tracks off his debut solo album, Birds of Paradox (which featured former members of The Who, Wings, and The Byrds), including “Lucky Day Sunset” and San Francisco Days,” a song Slate says he never performed live before January of this year, when he played with Echo in the Canyon in Los Angeles. “Letter From Paris (Showed Me The Way),” one of two Lockdown songs plucked from Slate’s 2016 release Secret Poetry, originally features former David Bowie guitarist and longtime collaborator Earl Slick.

For Slate, covers were never on his agenda, until about a decade ago when he noticed more requests from fans and started to dip into them live. “I never played a lot of cover songs,” says Slate. “It just wasn’t my thing, but in the last five or 10 years, I’ve gotten into it more because people like to hear them live.”

The Beatles, The Kinks, and some ’50s renditions managed to trickle into early setlists as Slate was cutting his teeth performing live, but a renewed appreciation of covers came much later. “It sort of gave me the formative tools to play a rock and roll show and write my own songs and do my own thing,” says Slate. “As you get older and you’re performing, it becomes less about the physicality of it and more about the sheer performance. You’re in a moment with the audience.”

When covering songs, there’s no imitation. For Slate, it’s about choosing the song, honoring it, and spinning it into his own piece. “If you can find your way into performing those songs, without it being imitation, where you’re playing a Tom Petty song or a George Harrison song and you’re doing it in your own way, or you’re doing a Dylan song and trying to make it your own, I think that’s the ultimate challenge.”

Slate was up for the challenge every week tearing through Dylan fan requests, and some personal favorites. On the Lockdown Live Dylan “side,” Slate pulls tracks from 1975’s Blood on the Tracks, including “Tangled Up in Blue” and “If You See Her, Say Hello,” and moves through the artist’s career with his versions of “Mr. Tambourine Man,” “Lay Lady Lay,” and “The Lonesome Death of Hattie Carroll”—the latter, something Slate rarely played live prior to his online series.

“It’s a particularly timely and poignant song right now,” says Slate of Dylan’s 1964 The Times They Are A Changin’ track. “I haven’t played that song since I was 20 years old, so part of it was relearning songs, not just remembering the words but performing them and doing them justice.”

A CD devoted to Dylan was a given from the start for the Lockdown Live project. Slate has already dived deep into his work over the years, and even penned the liner notes for Dylan’s The Bootleg Series, Vol. 14: More Blood, More Tracks in 2018. When live music was the first thing to go, Slate decided to perform Blood on the Tracks during one of his weekly shows. “I intimately related to that record and people want to hear it,” says Slate.

“It’s a great exercise for any songwriter to dip into those songs from all different aspects of his career,” he says. “It’s like you’re going to the library and reading the sacred texts. You’re learning something in the process, not just remembering the words and the chords, but trying to perform them and convey some sense of the stories in there. It’s really a remarkable experience.”

To gain greater reach with his weekly series, Hill Country Live! cross streams the show to thousands of additional viewers. “Doing this online, the audience is global,” says Slate. “People who had never seen me perform or wouldn’t have been able to come to a show, or just know of me from the internet, can tune in.”

Slate has already performed 79 shows at the Chelsea-based venue, a monthly residency that all started with a Dylan birthday show, then shifted into a regular slot each month, blending Slate’s own music with themed nights tied around artists like the Traveling Wilburys, Tom Petty, or David Bowie and the songs or artists that inspired them. “If we were doing Bowie,” says Slate, “we also did Little Richard since Bowie was inspired by Richard.”

Coincidentally, he was recently scheduled to perform a Dylan birthday tribute show at Hill Country—prior to the artist’s 79th birthday on May 24—which would have also marked Slate’s 80th show at the venue. “It’s a home away from home,” says Slate of Hill Country. “It’s a great venue.”

Now five months into his weekly concert series, Slate isn’t slowing down. In exchange for donations, Slate sends donors signed CDs, signed copies of the Roy Orbison book he authored along with the late artist’s son, liner notes he has written for dozens of albums, T-shirts, and other giveaways, covering shipping himself.

“It’s a moment in time,” says Slate. “I started it off just to keep busy. Back in early April, New York City was pretty grim, so it gave me something to look forward to every week and then people were watching and requesting songs, so then I hit on the idea of raising money for charities. People donated a lot of money and I was shocked.”

So far, the weekly performances have supported Meals Of Gratitude, Black Lives Matter, Justice For Julius, the Black Artist Fund, the North Star Fund, and more.

“I enjoyed it so much and people responded so positively to it,” says Slate, who is in the middle of several projects, and was originally supposed to be in the studio making another album, among several other projects.

Slate hopes the compilation of tracks resonates with fans and new listeners since the performances were created directly out of lockdown.

“Some of the songs on there were just recorded a couple of weeks ago, so it represents a really weird and uncertain time, but it was something that made people feel good,” says Slate. “It’s for charity, and it’s also my little thank you to the people who who’ve watched every week.”

To purchase Lockdown Live or other merchandise, go to jeffslatehq.com/store. 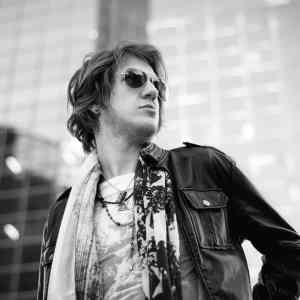 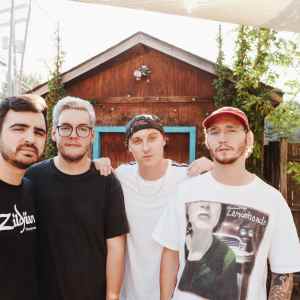