For Jenna Torres, the heart is where home is. Every song is a vessel driven by love, people, places, experiences, and all matters of the heart.

“If you bury me deep enough, that’s where the diamonds are,” says Torres. “Push me down far enough and restrict me, at some point I’m going to break out. I just don’t know how deep I have to go, but I’ve gone pretty deep.”

Torres unravels some of love’s pulsations and tribulations on “All Heart,” a fragile ballad traversing heartache and acceptance. “I really am an experiential writer,” says Torres. “I don’t sit in a coffee shop and watch a couple talking and then go home and write about what I saw. I need to get my own heart broke.”

The title track off Torres’ upcoming album, “All Heart” was initially written in two parts, covering the opposite ends of love as she experienced it. “I was in love and I really thought that things were going to work—and then they didn’t—but it has a bright side and a dark side,” says Torres. “I explored trust and love and then disappointment, but one of the colors of the spectrum that’s important for me to express is hope. Even at my darkest or lowest, there’s some enduring hope that I have, but sometimes I have to really dig for it.”

Admitting that she’s a natural-born “feeler,” which sometimes works for or against her, Torres says songwriting helps her process all these emotions. “There’s a beauty of being able to express it in a song and stitch myself back up again,” says Torres. “Songs are magical that way. In three minutes and 30 seconds you’ve created this holographic experience, a picture of life, and how it made you feel.”

Produced by Stephen Leiweke, All Heart follows up Torres previous release, 2017’s Wild Sugar, and was written and recorded in Nashville prior to the pandemic. Effortlessly maneuvering through heartache, redemption, and everything in between, All Heart is a reflection of Torres’ true musical essence because she has lived it. Digging deep and building up on opener “Better Boots” and the freer spirit of “Wild Thing,” All Heart navigates the ebb and flow of love in Torres’ raw lyrics and in its affecting balladry of “‘Till Forever” and “Tell Me Your Story,” and into the soulful stir of “Rose of Jericho,” and more empowering “Half Hearted Man” and closer “Where the Love Is.”

Splitting her time between Nashville and her hometown of New York, where she has remained since the lockdown earlier this year, Torres can’t help reflect on the music she’s already made and the collection of songs she will eventually release into 2021, despite the unavoidable isolation.

“I naturally attach my self to people, places and things,” says Torres. “Without them, there was always this idea that the music isn’t going to be this or that. This level of isolation and change in our world has caused me to really become aware of the power that lies within. It’s what we have going on inside of us that will make a difference in how we live our lives right now, because we can’t depend on the stuff that was working for us just a few short months ago.”

When Torres first signed to Warner Music in 2006, she was a single mom who found herself going back and forth to Nashville monthly to write songs. “When I got signed, she said to me, ‘I’m signing your heart,’ so I thought that was amazing, because that’s home to me,” shares Torres. “That’s what I know. That’s how I function. That’s the place through which I filter everything.”

Nashville is still Torres’ “other” home, and where’s she’s explored different avenues of songwriting and built her “musical family.” Still, she says she’s not one to stick to any specific formula when writing.

“I’m not a formulaic writer” she says. “I’m going to do it my way, no matter what, even if I might be more successful doing it another way. I’ve just always been a free spirit and very organic doing my own thing. I can write under pressure, but I still have to write the truth, my truth.”

She says that this time of reflection has made her stop chasing a song.

“I stopped chasing what it is that I think I’m supposed to be doing,” says Torres. “I don’t think we have the option to avoid heartache. It’s our responsibility as songwriters and as performers to transmute the pain and the hurt into something that has the power to actually help somebody else through their experience. That’s my absolute goal. You have to surrender the goal in order to be true to yourself.”

After releasing All Heart, Torres says she has enough material for two additional albums and for the first time, she doesn’t feel like she has to jump back and forth from New York to Nashville to share her music.

“What I learned is that wherever I am is where the music is,” says Torres. “I had this feeling that if I’m not in Nashville, surrounded by the tribe of people who understand what this whole thing is all about, then I can’t really do what I do, but I can do it from where I am and that’s exactly what’s happening. From my little spot right here, I’ve been able to feel free, which is an amazing feeling.” 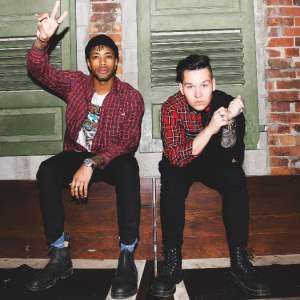 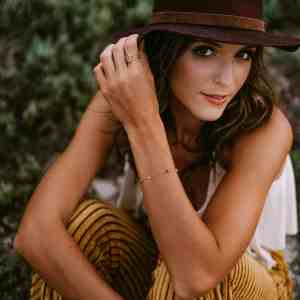