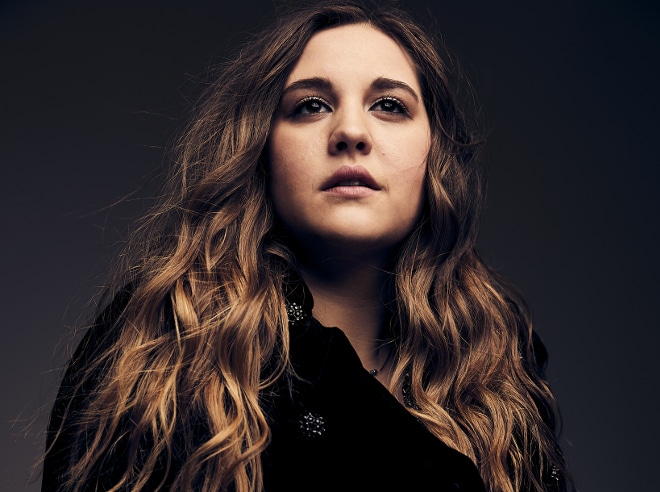 Post-breakup songwriting has been a staple of the music industry and the get-it-off-my-chest release of emotion is one that often drives some of the best songs.

For Jessie Clement those beaten paths were followed with the new track, “Palace of Pride”, the second single off of her forthcoming album, ‘Slow Motion Philosophies.’ The song has a groove that makes your shoulders sway involuntarily but allows the song to breathe, so that you have time to listen to the details of the song which chronicle a cathartic story.

Writing from the personal experience made this a quick turn for Clement.

“Heartbreak does weird things to you, and I learned that pretty early on,” she said. “I’m not good at expressing how I feel, and when that relationship ended, I had to get all of that anger out before I could get over him, so I picked up my guitar and it all just came out.

For the 20-year-old Clement the songwriting across the entire album illustrates a coming of age lyrical journey. It is one that mixes uptempo songs with slow burns, all the while never turning its back from the shining light of her voice.

Perhaps more impressively is the completeness of the package.

Clement is the focal point — as she should be — but is backed by an all-star cast of performers that included guitarist Mark Trussell (Maren Morris, Blake Shelton), bassist Rich Brinsfield (Brothers Osborne, Drew Holcomb), and drummer Evan Hutchings (Kelsea Ballerini, Rascal Flatts), which elevated the finer touches that aren’t always seen early in career efforts.

“I think that this record is uniquely me,” Clement said. “I got more involved with the production side of things for the first time here, which really enabled me to bring the music to life exactly the way I always envisioned it.”

0
It is the fourth single to come out in anticipation of the band’s debut LP.
Read more