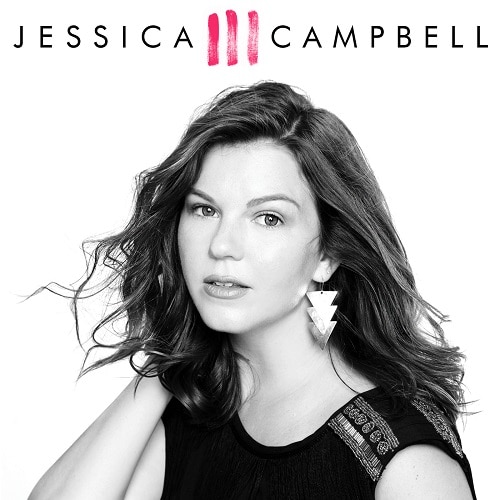 Those that contributed to the Kickstarter program to help fund the making of Jessica Campbell’s third album (she’s also released a few EPs) need not worry. The money was obviously put to good use on the glossy, multi-layered and vivid production that moves this from the introspection of her previous music to a more chipper lyrical and musical outlook.

Everything is in its place on these pop leaning singer-songwriter tracks that aim for concert sing-alongs, chart action, slick videos and radio airplay. The Nashville based Campbell has a lovely, lilting voice that rises above the crisp production and also drives the more stripped down tunes such as the guitar/voice dominated closer “My Heart Says Go.” Most of the album though aims for a commercial middle ground. Unfortunately it also occasionally trips over its own impulses as on the frothy “Painkiller” that eliminates any discomfort with a sugar overdose (sample lyrics “Oh yeah it felt so good/ You fixed me up like a doctor would”) and the lighter-waving chorus of “Homesick For A Heart,” custom made for a dramatic moment in … name-your-favorite-Grey’s Anatomy-styled-TV-show here.

Generally this is a well-intentioned pop/country project that’s seldom overly generic due to Campbell’s soaring vocals and hooks that display real craftsmanship. Still, you get the feeling that songs such as the widescreen “Break Me Down” and the easy rolling ballad “Losing Your Mind” would be more satisfying if stripped of the radio-ready sheen slathered over most of the album’s tracks. As rootsy crossovers go, Campbell has the voice and easy-on-the-eyes look to attract a larger audience while maintaining the fans she acquired on her previous work; those that helped fund this one. It’s doubtful any of those financial supporters to lll will clamor for their money back.