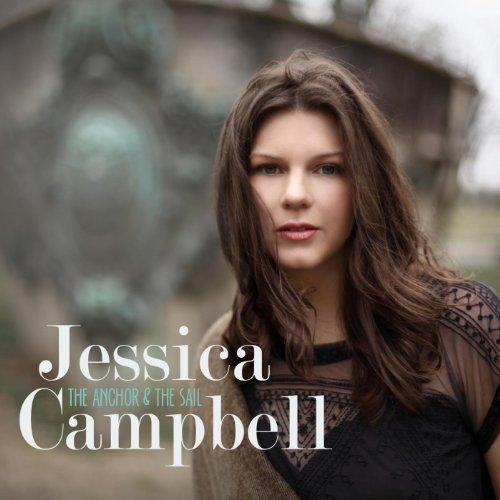 Jessica Campbell: The Anchor & the Sail Jessica Campbell
The Anchor & the Sail
(Little London)
Rating: 3.5 out of 5 stars

There’s lots of motion in Nashville singer-songwriter Jessica Cambpell’s sophomore release. From the title track to “Something about Trains”  and “Mississippi,” travel plays a substantial part in her sweet but never syrupy rootsy pop. These songs boast predominantly bouncy melodies such as the opening “Time” and especially the impossible to resist “Sunnyside” which, in a more perfect world, would be blasting out of every radio this summer. Even the more pensive tunes of loves lost or philosophically finding yourself after a broken relationship sport positive vibes due to Campbell’s clear, bright, innocent vocals. We could probably do without the after school special-isms of “Be You” (“Be exactly how you were made”) and “Time”’s opposites attract metaphors are laid on pretty thick. But there is never an indication she doesn’t truly believe this stuff, as clichéd as it may often be. That makes even the album’s weakest material go down easy. And when she hits the mark on the title track where the sentiments and consistently clean production dovetail, Campbell fills the bill when all you want is a hummable tune, some playful, occasionally witty words and bubbly vocals from someone who could be the girl next door.