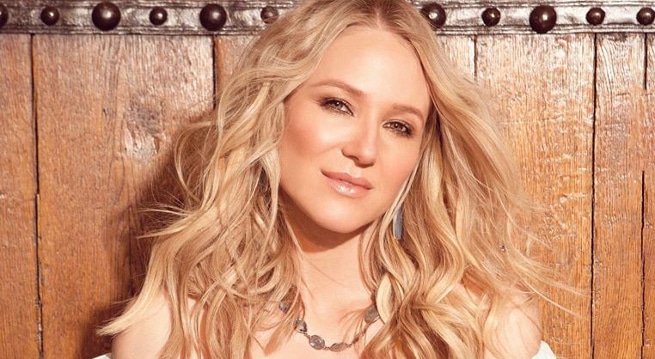 It had been a while since Jewel released new music. Four years to be exact. But the famed singer-songwriter recently broke that streak when she dropped a moving ballad titled, “No More Tears.”

The song was recorded for Lost in America, a documentary that follows director Rotimi Rainwater on his journey to shed light on America’s homeless youth epidemic. The award-winning singer, who executive produced the film, wrote the track after being inspired by the backgrounds of the individuals featured in the documentary.

“Most of these kids are living on the street because it’s safer on the street than in their homes,” she told American Songwriter. “They were abused, extremely neglected or disowned because they were LGBTQ. And just building empathy around these kids, helping shed a light on a really invisible story, I was very moved to write the song.”

The tune also incorporates themes from Jewel’s own personal bout of living on the streets early on in her career. A story that was part of her rise to fame but also continues to shape her point of view.

“I was homeless for about a year when I was 18 because I turned down the advances of a boss and he wouldn’t give him my paycheck and I couldn’t pay my rent,” she said. “I was living in my car while I got a new job and then my car got stolen and it just ended up being a really vicious poverty cycle.”

Those days were tough but Jewel is grateful to have come out the other side stronger than ever. “My life changed at first for the worst, but ultimately for the better because I refused to be leveraged by that boss. It led me to really dark times, but also really forced me to get real and fight for my own humanity in ways I don’t know if I would’ve come to had that not happened.”

Thus, she says, the song is about “hope and coming from the depths and the bottom to believe there’s room to grow.” She also reveals that “No More Tears” is not just the theme of the documentary but also the first track off of her new album.

Jewel, is in the process of wrapping up her forthcoming album and this time around, she’s been doing things very differently. “I’m singing in a way people probably haven’t thought of me as a singer. I’m writing for my voice more and it’s still very lyric driven and singer songwritery, but in the soul vein,” she reveals, of the direction she’s currently in musically.

The songstress, who admits to typically following an album making process of tapping into her back catalog of unreleased tracks, sat down and wrote this time entirely from scratch, a first for the versatile performer who has 12 prior studio albums to her name, which run the gamut of the pop, rock, country, and folk genres.

“I’ve always been prolific. I have thousands of songs in my back catalog that have never been released so I’ve never actually had to write a record per se. I’ve always been able to pick songs out of a really large back catalog but I didn’t want to choose from them for this record,” she says.

Jewel, essentially, started from scratch and admits to finding the process to be fairly difficult.

“I had to fight really, really hard to get to a place that I felt was new and fresh, that I felt was innovative artistically for myself. And also to strip away,” she explains, noting that she pushed herself into a raw and wild state. “To get back to that place was definitely a real process of discovery and it took some time,” she states.

Jewel says her process to accomplish this was “really just a personal insistence” and almost like self-therapy.

“There were days when I thought, ‘What am I doing? I can’t do any better than this.’ But it wasn’t good enough and just refusing to settle and really struggle internally with getting to a rewilding of myself, learning how to write in a different way as a 45-year-old, as a mom,” she says. “Being a mom, finding time, relating to myself creatively, differently — the whole thing was different,” she explains, joking that she can see why people do drugs to tap into a shortcut to get themselves through the creative process, as she found the journey extremely emotionally taxing. “Everything about it was different and it definitely took a tremendous commitment and patience,” she said, adding that she probably wrote a 200 songs to get down to 12 that she liked and that this was the first time in her entire career where she’s written from ground zero. “Even by the time I got signed when I was 18, I probably had 500 songs to pick from. So this was definitely a unique process,” she explains.

Having gone through this method of writing, Jewel is on the fence as to if she would do it again. “I guess I’ll just see when I get there,” she replies. But she did enjoy the freedom to just let whatever came out of her creatively fly and not attempting to put together anything genre-specific. “I didn’t really know what it would be like. It’s turned out to be a full record, which I haven’t done before. But it felt fun and new and fresh and very heartfelt. What the next one is? I have no idea,” she says.

Next year, her 12x platinum debut album, Pieces of You will turn 25. And she is finding that upcoming milestone to be extremely surreal.

“It’s a trip! It feels like twice as long and also a blink of an eye,” she proclaims. Jewel calls the album “the beginning of a journey” and recalls that she’s still proud of herself for being strong enough to turn down the million-dollar signing bonus that she was offered early on in her career before finding the right medium to release her early tunes. “I knew that it was a loan and that if I didn’t sell a lot of records quickly, I’d probably be dropped. And so I turned it down and really just fought for my authenticity,” she explains. Jewel calls the iconic album “very simple and honest” and is still grateful to this day that people have connected to well to. “It’s a pretty surreal experience to be so neglected and abused as a child, to fight for your authenticity and to actually have it be rewarded in such a public way was satisfying in a way that’s probably hard to even comprehend for myself,” she adds.

Jewel has no title yet for her upcoming studio album, joking “I’m the worst with titles! I could use help there.” But, according to the singer, fans can likely expect it in the first quarter of 2020. In the meantime, her followers can pick up a copy of her platinum selling holiday album Joy: A Holiday Collection, which was recently released for the first time on vinyl.