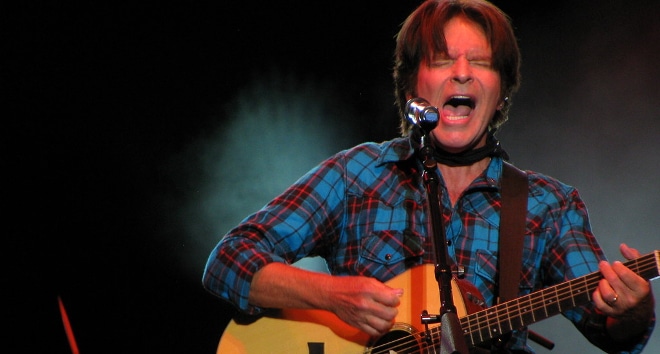 John Fogerty Sturdy if Not Stellar in ’50-Year Trip’

It would seem that John Fogerty will never live down his legacy. Then again, that’s to be expected considering that the band he helmed, Creedence Clearwater Revival, is still considered one of the archival American outfits, and one of the most influential American bands of all time as well.

So, if it seems that Fogerty is still treading on former glories, who would blame him? Creedence’s canon boasts so many enduring anthems, there’s no reason not to feel fortunate that this material is given a relentless reboot. After all, his fan base encompasses not only ardent admirers, but also younger appreciative audiences that were weaned on records that stand the test of time.

Nevertheless, Fogerty was reluctant to revive them early on. When he started out on a solo career after the band’s break-up, he refused to perform any of the music from their storied catalog due to a feud with his former label boss. It was a stunning affront to fans and a source of constant consternation to the critics. Fortunately, that era of omission eventually passed and the Creedence catalog is now well represented in his live set lists. Sadly there’s been no such reconciliation with his surviving bandmates however. Bassist Stu Cook and drummer Doug Clifford opted to reinvent the band’s brand under their own aegis, Creedence Clearwater Revisited , even going so far as to draft a ringer to recreate Fogerty’s trademark vocals. A failed lawsuit and years of mutual resentment preclude any possibility that there will ever be a CCR reunion.

No matter. As Fogerty demonstrates throughout this stellar celebration, 50 Year Trip — a performance that was preserved and recorded at Colorado’s famed Red Rocks Amphitheater — there’s really no need to offer Cook and Clifford any returning roles. At age 74, Fogerty is as commanding and compelling as ever, evidenced by his gritty, grainy vocals and the energy he imbues in every one of the 19 songs shared here. Drummer Kenny Aronoff, a longtime mainstay of Fogerty’s solo ensembles, demonstrates why he’s still the go-to player for any artist needing a sturdy backbeat. Likewise, keyboardist Bob Malone adds his own flourish, no small feat considering that Fogerty mostly focuses on a guitar-driven delivery. He also enlists his two sons, Shane and Tyler, for back-up on guitar and vocals, a tack taken by any number of senior rockers anxious to allow their offspring a stake in the family business.

Still, the ace band aside, the set list really speaks for itself. Any album that can boast such songs as “Born on the Bayou,” “Green River,” “Who’ll Stop the Rain,” “Up Around the Bend,” “Down on the Corner,” “Born on the Bayou,”“Centerfield,” and of course, “Proud Mary,” already ensures the accolades.. No matter that Fogerty has revived these staples countless times before. Consider this a well-deserved victory lap, one he owes himself as well as his audience.  After half a century, it’s clear that he still retains an eternal energy and enthusiasm. It’s little wonder then that this 50 Year Trip proves such an exhilarating journey at every stop along the way.