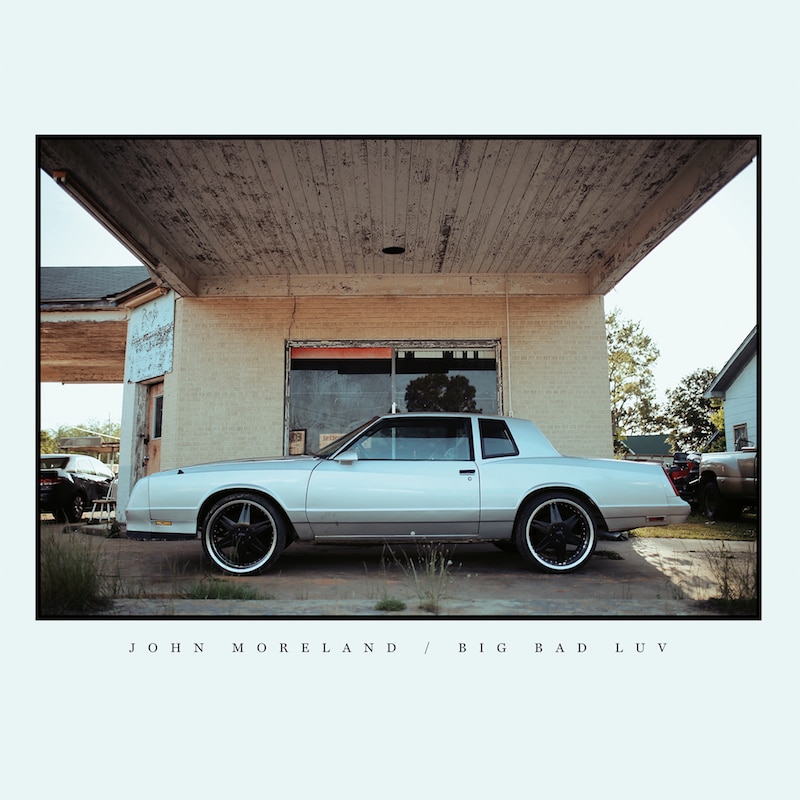 Following up the breakthrough is a tricky business. The easiest thing for John Moreland to do following the success of his 2015 album High On Tulsa Heat would have been to deliver a sequel-like rehash of the acoustic glories of that album. Instead he beefs things and takes a full-band approach on Big Bad Luv, which contains almost as many hooks as it does Moreland’s hard-earned kernels of truth.

You can sense the difference right off the bat with “Salisaw Blue,” which delivers some serious heartland crunch. “Ain’t We Gold” flirts with funk, while “It Don’t Suit Me (Like Before)” locates a chugging, Allman Brothers-style groove. Even mid-tempo numbers like “Lies I Chose To Believe” and “Amen, So Be It” find ways to engage the listener rhythmically as Moreland does his typically astute job with lyrics.

While Moreland isn’t exactly copping a rosy outlook on these songs, there is more of a positive vibe that’s in keeping with the upbeat music. “Old Wounds” doesn’t avoid talking about the hard times, but it also advises to “find the heaven following the hurt.” On “Salisaw Blue,” a noose hanging down from the sky is balanced out with a neon sign flashing out the album’s title phrase. The feeling overall that you gather from these songs is that the difficult struggle undertaken by Moreland’s characters against the darker elements of life is absolutely worth it in the end.

Moreland does take a few moments here and there to go down the more harrowing roads of the previous album, as on “No Glory In Regret.” But even in that song, there’s somebody by his side to help him face his demons. On closing track “Latchkey Kid,” Moreland sings, “I don’t feel the need to prove myself no more.” Big Bad Luv benefits from that attitude, even as it proves this singer-songwriter hasn’t let down at all.

0
Written by Russell Dickerson, Parker Welling, and Casey Brown Do you feel like you’ve hit a creative stride with...
Read more
Album Reviews

0
There are country artists who dutifully go to bed, set and double check their alarms and wake up shortly after the sun...
Read more