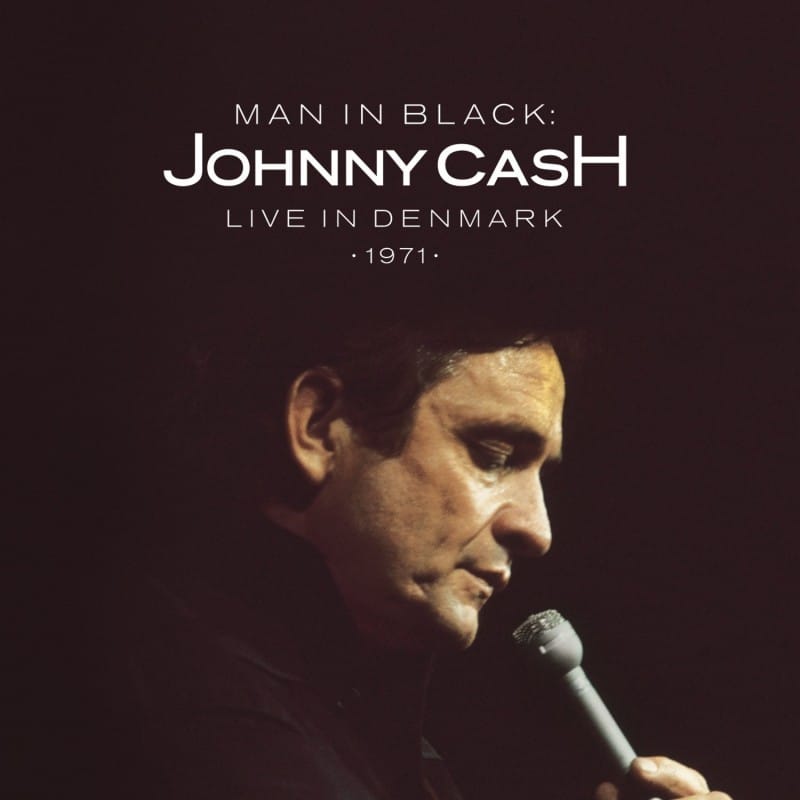 Johnny Cash
Man In Black:Live in Denmark 1971
(Columbia/Legacy)
Rating: 3 out of 5 stars

In 1971, Johnny Cash was hitting a peak of popularity. This was not just in America where he hosted a weekly variety TV show and had just won a Grammy with wife June Carter for their studio version of Tim Hardin’s “If I Were a Carpenter” (a live one is included here), but also as a sort of international ambassador for American country music.

This CD (it’s already available on DVD), documents a standard Cash gig of the time. It was recorded for overseas broadcast in a Denmark TV studio and finds him and his touring group — which included Carl Perkins, the Statler Brothers and June with the Carter Family — going through the paces on a typical set with no real surprises other than Cash gamely attempting a few introductions in Swedish. The star is nothing less than cordial and warm, singing many songs he had sung dozens of times even at this relatively early stage. He doesn’t dismiss nuggets such as “A Boy Named Sue,” (still his only Top 10 charting hit), “I Walk the Line” or “Folsom Prison Blues,” but neither does he deviate from their basics in either energy or arrangements.

The same applies to the Statler Brothers (“Flowers on the Wall”) and Perkins running through both “Blue Suede Shoes” and “Matchbox” with verve and economy but not much else. Three then-new covers of Kris Kristofferson tracks and one from the Lovin’ Spoonful provide a change of pace and show that Cash had his ear open for new talent.

It takes until the closing “Children, Go Where I Send Thee” traditional gospel, with the entire cast contributing, to generate sparks that are missing from the rest of the 60 minute gig. Cash is in terrific booming voice and upbeat spirits acting as host for this family styled revue. Being on foreign soil, the musicians stuck to the basics for ears that may have never heard these songs live. Due to TV time constraints, some of the selections are rushed (“I Guess Things Happen that Way” is clipped to under a minute), and the claustrophobic live-in-the-TV-studio setting may have sapped the spontaneity and organic vibe.

There is enough quality live Johnny Cash from this era available to make this pleasant but hardly remarkable item essential only for completists or those wanting a tame taste of the Cash family touring show. He’s a consummate entertainer but this performance doesn’t display the edge that made him such a legendary figure in country music.