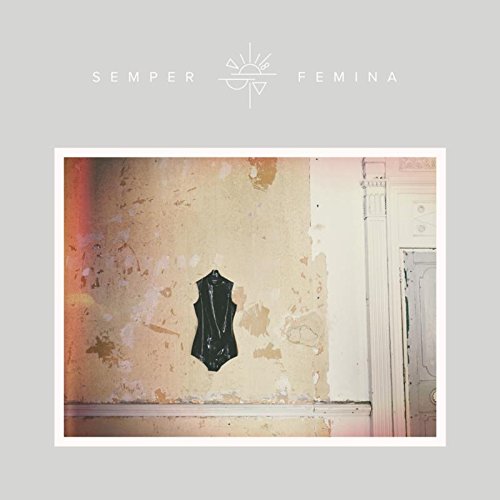 Laura Marling refuses to stop evolving. Over the past half-decade, the English folk standard-bearer has managed to subtly tweak her approach on a series of excellent albums, from the intimate intensity of the adventurous song suite that begins her 2013 album Once I Was An Eagle, to 2015’s Short Movie, which found Marling plugging in and taking feedback-laden nods from Lou Reed.

On her stunning sixth album, Marling once again embraces reinvention, this time via her collaboration with producer du-jour Blake Mills. Like on the similarly left-of-center Mills collaborations with Dawes, Alabama Shakes and John Legend, Semper Femina deconstructs Marling’s acoustic instrumentation, and songs like “Wild Fire” and “Next Time” are straight out of Mill’s playbook with their percussive minimalism.

Semper Femina is a concise, dynamic statement from the English singer-songwriter, mixing breezy 70’s country-rock melodies with claustrophobic, fingerpicking folk, often on the same song. The album derives much of its narrative force from its sonic dynamics: “Don’t Pass Me By,” for instance, is a densely produced declaration complete with a programmed drum beat and a string section.

Marling has stated that her latest album began as an experiment of writing about women from a newly intimate perspective, and the result is a record with the type of easy emotional accessibility that some of her more cloistered earlier work hasn’t always contained so readily.

“Always This Way” is the emotional highlight, a clear-eyed mission statement from a quarter-life crisis survivor: “25 years/ Nothing to show for it/ Nothing of any weight,” Marling sings with hopeful grace, keen to put the past behind. Indeed, the songs on Semper Femina are less self-reflective than forward-looking, full of resolve and guarded determination. “I can no longer close my eyes,” Marling sings in the personal-meets-political “Next Time,” “While the world around me dies.” It’s a declaration from a songwriter at the peak of her creative abilities who, nevertheless, always insists on a fresh beginning.