David Lowery, the lead singer and principal songwriter of indie rock bands Cracker and Camper Van Beethoven, and long an advocate for artist’s rights, made headlines December 28 when he filed suit against Spotify for copyright infringement. The suit, filed in federal court in California, contends that Spotify failed to properly license mechanical rights.

Now, is Lowery suing the streaming giant on your behalf, given that this is a class action lawsuit?

Well, if Spotify is reproducing and distributing your song(s) without obtaining a license, he very well may be. But, given the procedural requirements of a class action lawsuit, we are a long way away from knowing whether this is the case.

Evaluating the merits of the class is difficult at this stage, especially since we don’t know who the class represents. Lowery appears to have a solid case for himself as an individual. He owns his publishing, Spotify has failed to properly obtain a license for his songs, and, most importantly, he secured his copyright registrations for the songs he alleges Spotify infringed. (A damages issue could turn on whether he secured the copyright registrations before or after the alleged infringement began.)

The act of filing a class action lawsuit alone does not give Lowery the legal right to represent a “class” of other people. To proceed as a class action, federal law requires Lowery to meet several prerequisites. Class-action suits allow people with relatively small claims to band together to hold corporations liable for wrongdoing that would not be worth the time, effort, or attorneys’ fees if each case had to be pursued separately. Lowery shouldn’t have a difficult time showing that a large number of people have been affected by Spotify’s alleged infringement.

Last week, Spotify came out with guns blazing and filed a motion to dismiss the suit and a motion to transfer the case to New York. In addition, Spotify filed a motion to strike the allegations of a class action, stating that it is “readily apparent from the face of the Complaint that [Lowery’s] proposed class cannot be certified.” Spotify writes that copyright claims are poor candidates for class-action treatment and that Lowery’s sweeping class-wide allegations are a “Frankenstein monster posing as a class action.” Through the motion to strike, Spotify is seeking to prevent Lowery from taking the next step of requesting the court to certify the class.  Spotify’s motion to strike is likely to fail, but Spotify will be able advance many of the same arguments and defenses when Lowery seeks to certify the class.

If Lowery survives the initial motions and is permitted to file his motion to certify the class, the court must also find that despite the large number of people, each plaintiff has a common question of law or fact, such that it makes sense for the claims to all be resolved at one time.

The legal claims must also be typical of the class, that is, each member of the class must have the same legal cause of action. Lowery’s lawsuit alleges that Spotify failed to secure the mechanical (or compulsory) licenses required under Section 115 of the Copyright Act to interactively stream a handful of Lowery’s musical compositions.

The court then must determine that the lead plaintiff will fairly and adequately protect the interests of the class. While Lowery has a good chance of satisfying this and each of the other three class requirements, the next obstacle will most likely be the real battleground.

Because Lowery is asking for damages, he must also establish that the common questions of law or fact in the suit predominate over questions of fact or law that are specific to each individual member of the class, such that the class action will still be the most efficient way to litigate all of the claims. If the litigation enters this stage, Spotify will likely argue that the differences among the potential class members (and thus Spotify’s defenses to each individual’s claim) are too great to litigate efficiently the claims in one lawsuit.

We may learn that Spotify tried to license each song prior to distribution. Perhaps Spotify sent in a seldom used “notice of intent” to the Copyright Office prior to its use of some songs but not others. How will the Court treat proposed class members that lack a copyright registration? What if a co-writer or co-publisher is involved and gave approval for the music? What if a class member has accepted payments for three years with no complaints? What if Spotify wants to challenge ownership issues for each proposed plaintiff? Many questions linger. The class certification process must be resolved before the real underlying legal issues are decided.

Spotify can settle the lawsuit prior to the class being certified by the court. If that happens, another party must file a class action. (And interestingly, another artist named Melissa Ferrick filed a separate lawsuit seeking class action status only two weeks after Lowery initiated his case.) But the next plaintiff may not have the star power or the necessary facts of Lowery’s case.

With this case, one of three things will happen, in my opinion. First, the case could settle prior to class certification. If that happens, then someone else must sue and become the lead plaintiff. Second, if this case survives and does indeed have legs, the court will oversee a judicial settlement prior to trial. Third, the case will not be certified as a class, which will force everyone to file individual lawsuits.

An earlier version of this article, written before Spotify filed its motion on February 12, will appear in the March/April print edition of American Songwriter. 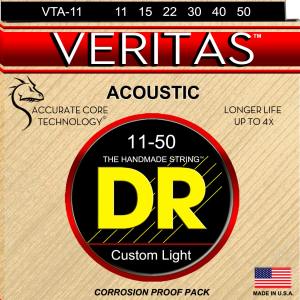 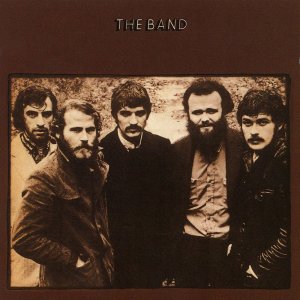