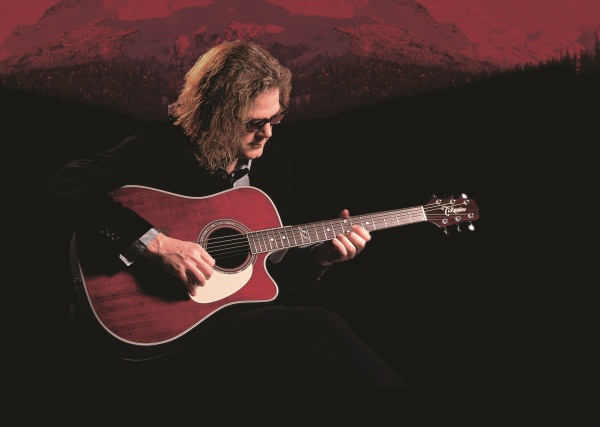 To call John Jorgenson a musical phenomenon is a bit of an understatement. As a founding member of the Desert Rose Band in the late 1980s with Chris Hillman and Herb Pedersen, Jorgenson, who was a Nashville outsider, set the country music world on its ear with his guitar playing and arrangements. Later, as a member of the Hellecasters, Jorgenson absolutely tore it up and help set the standard for up-and-coming Tele players like Brad Paisley and Johnny Hiland.

Jorgenson has excelled at every style he has played and has worked with many of the world’s superstar performers and songwriters. As leader of his own Gypsy-jazz oriented John Jorgenson Quintet and the England-based John Jorgenson Electric Band, Jorgenson plays to packed houses around the world. But as a true journeyman who doesn’t care who gets the credit as long as the band is tight and the artist out front is supported, Jorgenson worked as a member of Elton John’s touring band for six years, where he not only played string instruments including guitar, mandolin and pedal steel, but woodwind instruments including soprano and tenor saxes and clarinet.

Jorgenson has used many different makes of guitars in his career, but for acoustic 6-and 12-string applications he mainly uses the Takamine JJ325SRC John Jorgenson Signature Acoustic-Electric. Designed largely to Jorgenson’s specs, both JJ325SRCs are dreadnoughts with spruce tops and backs and sides made of bubinga, a wood that isn’t necessarily rare but that many are not familiar with. Even though he can obviously play any instrument he wants, he reaches for the Takamine for both live shows and recording.

“I use my 6-string and 12-string Takamines quite a bit,” he says after a recent gig in Minnesota. “I just finished a series of four shows in a duo with Rodney Crowell over in Scotland with the guitars. Really, for any acoustic music other than the Gypsy jazz my Takamine is my go-to guitar. The 12-string sounds fantastic, and I have a couple numbers that I use it on with my Electric Band in England.” In addition to touring with other artists and his own bands, Jorgenson has been doing workshops and clinics for Takamine, sometimes with Brad “the Shredder” Davis.

Jorgenson was no stranger to Takamine guitars before the company created the model named for him, though. “I started using Takamines a lot in the late ‘80s and early ‘90s when I started to do some television work with (former Monkee) Michael Nesmith and some other things where I needed to plug in an acoustic,” he says. “When I started touring with Elton I used a variety of Takamines, including a 6-string and a 12-string, and there was a red cutaway model that I really liked. I kind of based my signature model on that guitar, but I wanted the bracing to be made lighter, and for the finish to be lighter as well so the guitar would be a little more responsive.”

“With Elton I played a fair amount of acoustic,” he continued. “Some songs Davey Johnstone and I both played acoustic on. My role in Elton’s band was as a color player, so I did a lot of different things. I sometimes played in open tunings, things like ‘Rocket Man’ which is in an open tuning, so that’s why I had several different Takamines with me, partially for those songs.”

Jorgenson says that his signature Takamines have been just what he’s needed for many projects because of their flexibility. “They’re just great guitars,” he says, “and they’re the guitars I usually reach for when I’m doing something acoustic.”