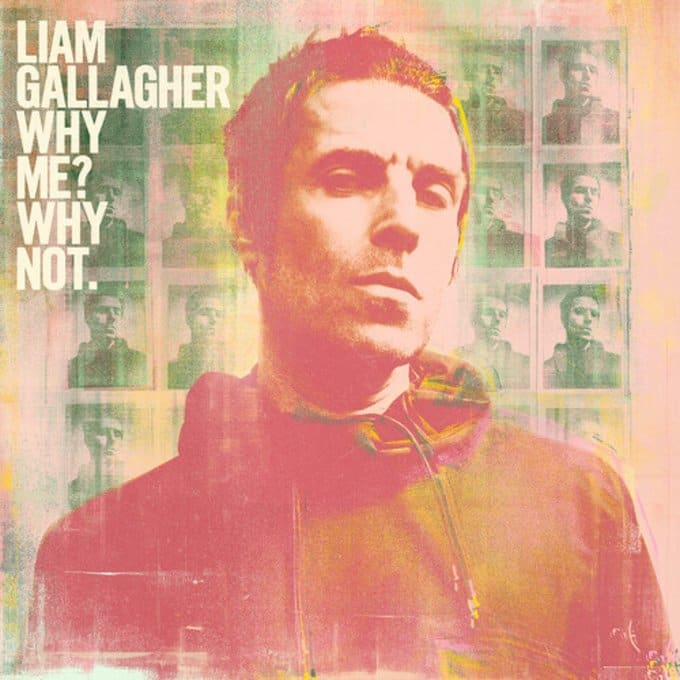 Liam Gallagher: Why Me? Why Not.

Liam Gallagher
Why Me? Why Not.
(Warner Records)
Rating: 4 out of 5 stars

It’s easy to forget just how compelling Liam Gallagher can be singing rock and roll songs. If you only focus on the peripheral stuff, you might have missed out on the fact that Gallagher is building a better-late-than-never solo career about to take a big leap. Why Me? Why Not. builds on its predecessor, 2017’s As You Were, sounding a lot more confident and sure-footed.

Gallagher enlists a bevy of co-writers and producers, most notably do-it-all types Greg Kurstin and Andrew Wyatt. But he is listed as co-writer on every one of the 11 tracks here. However much he contributed, the difference from the previous album is notable. While As You Were sounded like what Gallagher thought people wanted to hear from him, the new record sounds like what he truly wants to say.

His voice, once braying and antagonistic on the Oasis classics, has softened up a bit, showing vulnerability on the nostalgic ballad “Once” and empathy on the character sketch “Alright Now.” He can still summon the old sneer on up-tempo thumpers like “Shockwave” and “Halo.” But he also expertly displays open-hearted cheer on “Now That I’ve Found You” and bluesy menace on “Gone.”

The songs are stronger as a whole the second time around, with some, like the title track and “Be Still”, nicely approximating an Oasis-like combination of bluster and beauty. Speaking of that star-crossed, brotherly band, “One Of Us” could be seen as a message of sorts to Noel; “You said we’d live forever,” Liam sings. But it is not sung with rancor, rather with a sense of disappointment at opportunities lost.

Kurstin has worked recently with Paul McCartney, and Why Me? Why Not. is indeed comparable to one of Macca’s recent solo albums, a little modern, a little throwback, a lot of good stuff. Don’t miss out on the resurgence of Liam Gallagher while you’re hoping against hope for the return of his former band.