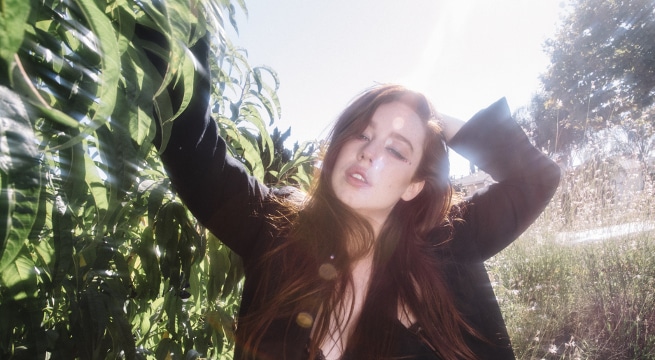 Lily Kershaw Releases Video For “Now & Then” in Support of ‘Arcadia’

Los Angeles singer/songwriter Lily Kershaw released her anticipated full-length album Arcadia, on Friday, Nov. 15. It was the third album for Kershaw and followed right in the impressive footsteps of her critically acclaimed debut Midnight In The Garden (2013) as well as her follow up EP Lost Angeles (2018).

The track “Now & Then” is one of the best songs on the 11-tune offering and Kershaw told American Songwriter that it came from a very emotionally vulnerable place.

“I was suffering from some pretty tremendous heartache and heart break,” she said. “I wanted to help soothe the pain and writing always does that for me. I love this song though because now that I am past that point of deep pain, I feel connected to the nostalgia even more deeply when I sing live remember the rooftop parties/ remember the friends/ remeber the way I love you now and the way that I loved you then.”

In song and spirit, Lily is an old soul, but her personality shines as lively, and kind, quick with a joke and an infectious smile, a juxtaposition is on complete display as the tracks play. As a compulsive creator, Kershaw jots down melodies and lyrics as she’s wandering through her days, but the strongest tool at her disposal is her voice which is remarkably showcased in each song.

Now & Then was the last song written, albeit the first released, off of her new album. It was something that came to be during a session at producer Ben Cooper’s studio, but ended up being one of the best cuts to be released.

It is a vehicle used to showcase the future path for Kershaw, as success is certain to follow.

“I want to be kind to myself, others, and the planet,” she said of her ambitions. “I want to continue to grow as a person and as an artist, and to make music and art that I love, am proud of, and that goes out into the world and is found by those who need it.”