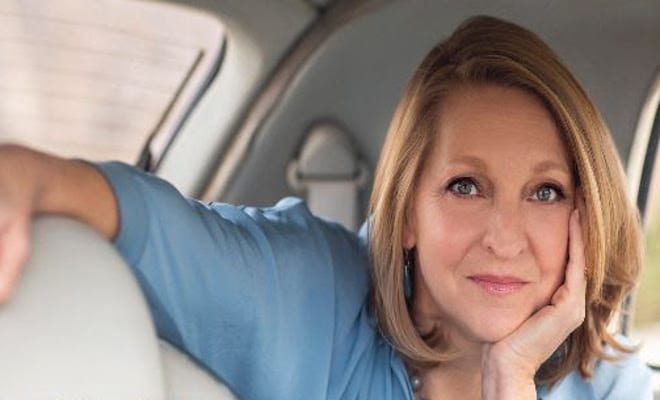 Despite a career that stretches back over the expanse of 20 years and five albums that span several styles and genres, Colorado-based singer and songwriter Lisa Bell has mostly remained below the radar as far as widespread recognition is concerned. That seems surprising, not only given Bell’s ample abilities, but also due to the fact that she possesses a varied template, one that spans the gamut from jazz and swing to Latin music and countrified ballads.

On her new effort, ‘Back Seat’, Bell manages to consolidate her style with a more mainstream approach that ought to allow listeners to form a more cohesive impression of where she’s heading, musically and philosophically as well.

Bell’s thoughts on the new album, which she shared exclusively with American Songwriter, bear that out. “Of my five albums, I’m most proud of Back Seat, as it’s truly a work of the most authentic me,” she says. “Writing in solitude brought all my emotions to the surface and into the lyrical landscape of every song. It’s an anthem to mid-life and all of its struggle and glory. A mature look look at everything from love to the inner demons we all face, from a perspective that can really only be obtained through experience. I hope the songs both inspire others and allow them to know they aren’t alone on what can often be a roller coaster-journey through life.”

That’s a bold statement, but one which rings true given the assertive stance Bell takes in each of the album’s dozen songs. The theme, as stated in the press materials that accompanied the album, “describe real-life stories intended specifically for Bell’s generation of men and women — namely ‘empty-nesters’ who are rediscovering their own identities as well as their dreams.”

Tattered relationships, unfulfilled promises, anxiety and uncertainty are balanced by newfound desires and an open-minded view of future opportunity, acceptance and assurance.

That said, what shines through specifically are the melodies that grace each of these entries, many of which sound like seasoned standards even on first hearing. Granted, “I Can’t Stand the Rain” might be mistaken for the song of the same name by soul singer Ann Pebbles, but in truth it’s an entirely different offering, albeit one that expresses the same sentiments. The soft, sultry title track, the heartfelt emotion expressed in “Take Me To The Other Side” and the eerie ambiance that adorns “India” and “Always Chasing Darkness” appear in marked contrast to the down-home designs of “The Road Is Always Longer,” the spunk and sass of “I Don’t Know What You Want From Me” and the aforementioned “I Can’t Stand The Rain.”
Yet despite the shift in tone, and the varied influences of Americana, soul and brooding balladry, Back Seat is clearly Bell’s most emphatic effort to date, and her most impressive and resolute as well. Two of the songs that come at the conclusion of the set — “Get In The Flow” and “Inspiration” — verify that dedication to purpose in the titles alone. Given this accomplishment, Bell ought not take a backseat to anyone any longer.