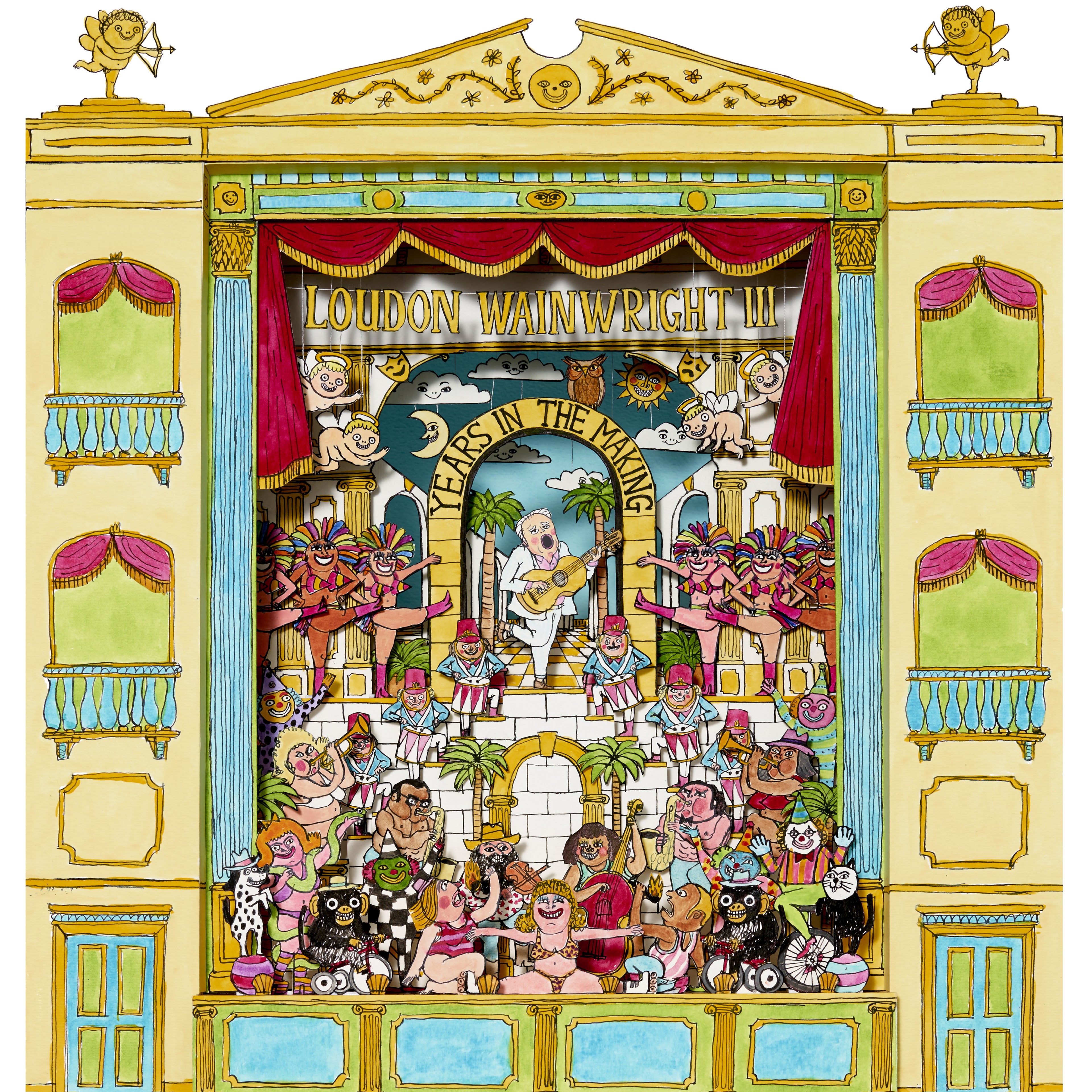 The content of the album spans more than 45 years of Wainwright’s career, showcasing his more rare, offbeat or unissued work. Of the album, Wainwright says: “Years in the Making covers a lot of ground, about half a century’s worth. Sonically it’s all over the place and, at times, noticeably low-fi, but my co-producer Dick Connette and I decided that didn’t matter as much as offering up something that was spirited and representational.” Wainwright’s discography to date is made up of 23 solo albums, 4 live albums, and 5 compilation albums.

The two-disc “audio-biography” will be released along with a 60-page hardbound book (with artwork done by New Yorker cartoonist Ed Steed) divided into seven chapters filled with scans of documents, introspective musings and other artifacts from Wainwright’s younger years, supplemented with paintings and drawings by friends and fans.

Years In The Making Track Listing:

*All in a Family concert, w/ Suzzy Roche and Lucy Wainwright Roche

0
A statement from four female members within the executive committee of the Recording Academy was released to members and the media on...
Read more
Los Angeles

0
By JOHN KRUTH John Kruth is a songwriter-musician-writer and author of many books on music. Since he's in the midst of completing...
Read more
News

Dangerous Hippies Shine Light on New Single “Like a Ghost”

0
When Hinder drummer Cody Hanson and singer Marshal Dutton worked on a song for a commercial back 2011 they had somewhat of...
Read more