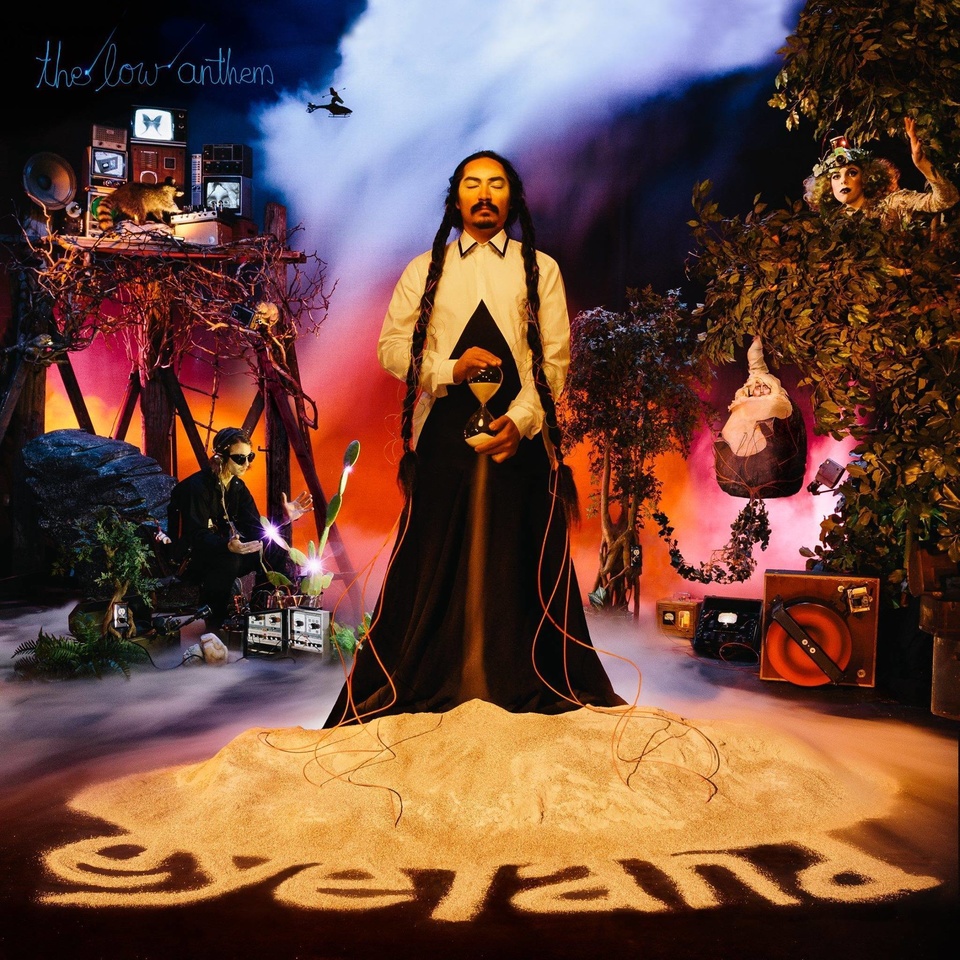 The music of Providence, Rhode Island quartet The Low Anthem has never adhered to trends and has progressively expanded boundaries since its 2007 debut. But this album, apparently a soundtrack to a stage production of the same name, finds the band occasionally pushing itself off a sonic cliff.

This eclectic mix of meandering folk and oblique, obtuse, avant-garde sound collages seems like the work of two or more bands colliding together. The result is a directionless set, sure to lose the act more followers than it gains them. In some cases, that spirit of experimentalism is admirable. But on Eyeland the end product is an incoherent jumble of occasionally pleasant soft folk with mind-numbingly aimless pieces that seem arbitrarily constructed with little direction or focus.

Certainly the listener isn’t privy to what is going on in the narrative with hopelessly askew, stream of consciousness lyrics like “behind the airport mirror masturbating border guards with their automat and their aphrodisiacs” that make little sense, especially without the structure of the play to reference. Musically the approach shifts from the languid, soft folk-pop of the opening “In Eyeland” (sample bizarre lyrics “in the dens of her body her fleshy red treasure/what cannibals crave what scientists measured”) where softly innocent vocals sound like a young Art Garfunkel, to the oddly muted garage rock of the next track “Her Little Cosmos.” The latter seems beamed in from a different band, or at least a different album, as it shifts from rock to an ethereal, synth pushed hodge-podge that changes textures and approaches multiple times over its 3 minutes.

So far, so confusing.

But things really go off the rails on the disc’s trio of instrumentals. These have the incomprehensible titles of “Waved the Neon Seaweed,” “The Circular Runs in Euphio,” and “Wzgddrmtnwrdz” (whose unpronounceable name is an indication of its unlistenable mashup that inexplicably includes the whistling of the Beatles “Yellow Submarine” chorus) that few listeners will have the patience to sit through twice. Add that to the extended six minute, mostly instrumental “Am I the Dream or Am I the Dreamer” with its lugubrious prog rock undertow and you have over a third of the album lost in a bad trip, psychedelic dream state, completely at odds with the disc’s more melodic moments. What exactly the rocking “Ozzie,” about the golden glove winning shortstop Ozzie Smith, has to do with anything is unclear especially when its midsection deteriorates into a hellish soundscape.

Those willing to tough out this 43 minute slice of confusion may find solace in the relative serenity of some songs such as the sweet “The Pepsi Moon” that brings in shimmery trumpets but stays pleasant and even enjoyable. The latter however is not a word most would use to describe this perplexing and impossibly dense mish-mosh even The Low Anthem’s existing fans will find head-scratching and often impenetrable.