I’ll start with a disclaimer: I’m an LR Baggs fan… my Para DI has saved me countless times from weak output, tricky room acoustics and monitor feedback. I was, however, a little curious when the company announced they were dipping into the effects arena with the Align Series. The first set of pedals included the Session DI, Active DI, Reverb and Equalizer, which we reviewed here. Their newest additions for 2019 are the Chorus and Delay pedals.

I discovered that if the Align Series Chorus and Delay are characteristic of the company’s effect strategy, it’s about acoustic subtlety and texture rather than sounding like affected instruments. While both pedals have plenty of effect on tap, the range of controls is geared toward nuance so that acoustic instruments sound like themselves, and that’s a good thing.

After some controlled listening at home, I took the units on a couple of gigs where I knew there’d be fellow guitarists ready to offer feedback.

Even acoustic purists will recognize the sound of a chorus effect… when playing instruments like mandolins or 12-string guitars, there’s a slight 3D effect that comes from unison strings picked slightly out of time and imperfectly in tune with each other. This is what electronic chorus effects are built to emulate. If you listened to radio in the ‘80’s, chorus was often taken to an extreme, a swirly, thick-sounding cliché on electric pop and rock guitars.

The Baggs chorus is a bit different. In fact, if you’ve used chorus before, you might be confused by the unit’s lack of a Rate or Speed knob. That’s not an omission; this design creates depth and texture without the periodic “cycling” associated with chorus and other modulation effects. Of the four controls, Volume controls overall (wet plus dry) level, Tone affects the wet signal only, the Chorus knob controls the amount of affected signal mixed with the dry, and Size controls the “depth”.

By tweaking the Chorus and Size knobs you’ll find a wide range of textures ranging from subtle to spacey. You can get an over-the-top effect if you want, but with acoustic instruments most of us prefer delicacy, and that’s what this chorus is meant to deliver.

I found a potential “always on” setting that may make this pedal worth the price of admission all by itself. With Volume, Tone and Size all at noon and the Chorus knob at 8 or 9 o’clock, I got nicely understated 3D-like depth.

I know what you’re thinking, but this was not about artificial, eventually annoying “affected” sound. With the pedal set up this way (and with plenty of guitarists in the room ready to comment) nobody asked about effects. Instead, more than one mentioned how great my guitar sounded. To me, it was reminiscent of very high-end acoustics I’ve heard and mentally put on my “if I ever hit the lottery” list. That’s not a bad “secret weapon” in my book.

Like the Chorus, The Align Series Delay is not designed for the craziness that might be desired by an electric player. In using it on two gigs, I was able to recreate the old studio trick where a delay that seems obvious on a soloed track is imperceptible in the mix… until you turn it off and notice something suddenly missing.

The four-knob form factor is much like the Chorus, but with added “tap” and “div” buttons as well as a tap tempo input (more on these later). As on the chorus, the Tone knob affects only the wet signal. Rather than a Speed or Rate control, the pedal has a Time control which works in the opposite direction… turning clockwise increases the time between repeats, effectively decreasing the rate.

An LED continually blinks to display the delay frequency, but the Time knob is not the only way to set this rate. The “tap” button lets you manually tap the button in time, a feature often used to sync delays to a song’s tempo or for guitar runs where the delayed signal harmonizes with the dry. If you plan to explore this in live performances, you’ll want to invest in an external tap tempo footswitch (connected via a quarter-inch jack at the pedal’s back). If you want to explore more ambitious use of delay, the “div” button delays signals per dotted eighth notes rather than in sync with the blinking LED, so notes and chords will appear between the notes you’re playing (ala “slapback echo” used in some rockabilly recordings).

The most important thing is always sound quality, and with the Tone control turned up the pedal delivered clean-sounding copies of the original signal. For my purposes, I set the Tone at 10 o’clock, intentionally “burying” delays to create analog-sounding texture rather than perceptible copies. This may be the intent for most acoustic users, and the pedal worked well here.

Both the Align Series Chorus and Delay can enhance acoustic guitarists’ arsenals without detracting from the sounds of our instruments. Signal quality (both wet and dry) were always good and the control ranges seemed just right for acoustic players.

If I have to find a fault, I’m wondering whether the Delay could have integrated a tap tempo footswitch. However, this might only be a concern to the most avant-garde acoustic experimentalists and besides, the solution (an external footswitch) is widely available. My overall impressions were positive… kudos to Baggs for letting acoustic guitarists in on all the fun of messing with our sonic signatures. 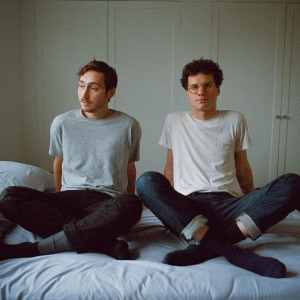 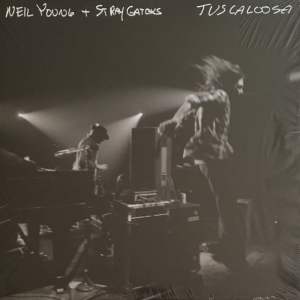