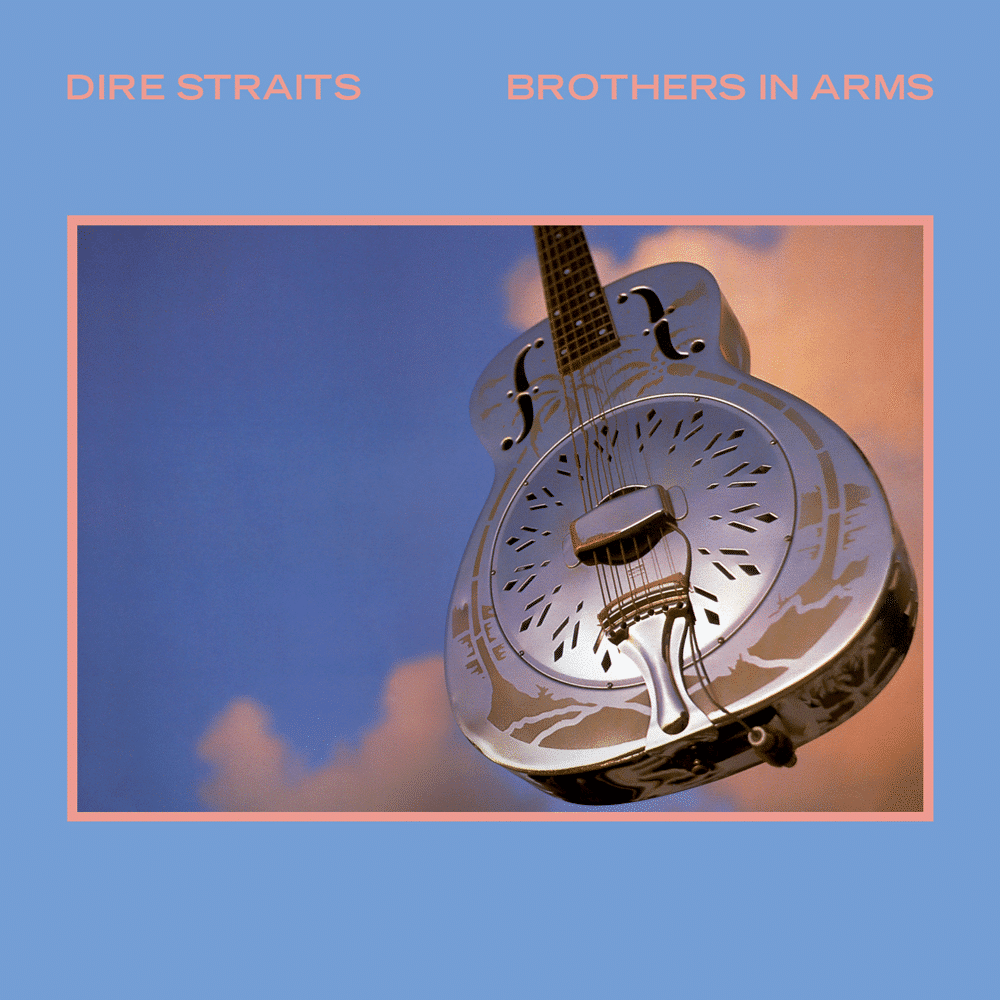 Lyric of the Week: Dire Straits, “Brothers In Arms” “Money For Nothing” was the big hit, capturing the zeitgeist of the moment by both pandering to and making fun of the video-making process that had overwhelmed pop music at the time. And “Walk Of Life” was the crowd-pleaser, a song that soared up the pop charts on the force of its sheer goodwill.

But the song from the album that cuts the deepest today, some thirty years since Dire Straits released  their huge smash Brothers In Arms, is the title track. The song’s touching depiction of comradery and stinging criticism of war-mongering are as relevant now as they were then. As songwriter and frontman Mark Knopfler told Salon magazine this year in response to a question about his older songs, “One or two I just go on doing. ‘Brothers In Arms’ is one of those songs. It’s just a loaded moment, and it means an awful lot to me.”

What’s striking about “Brothers In Arms” is just how much Knopfler manages to convey in a minimum of words. With startling efficiency, he inhabits the soul of a wounded soldier who muses on his surroundings and waxes philosophical as his life ebbs out. It seems likely that Knopfler had the Falklands War, which took place in 1982 between the United Kingdom and Argentina, in mind when he wrote the song. But by keeping specifics out of the narrative, he makes the song a timeless treatise on the senselessness of war.

In an interview with Bill Flanagan, Knopfler spoke about the need to get inside the character as a songwriter to do the story justice. “’Brothers in Arms’ is sung by a soldier who is dying on the battlefield,” he said. “You can’t just write off the top of your head; you have to dig deep to get those things. You have to experience, if a thing is really going to be realistic, if you’re gonna try and get whatever you feel across. So, in a sense you’re an outsider, but you’re also digging inside to do it properly. I don’t think you can get away scot-free with these things; otherwise, it’s just not going to work. If you stay outside of these experiences, they’re just not going to translate to people.”

“These mist-covered mountains/Are a home now for me,” the narrator begins, contrasting that with the “lowlands” where he grew up. He foresees a time for his cohorts when they’ll leave the battlefield and return to their “valleys and their farms”, a fate he won’t enjoy. He also admires and cherishes his fellow soldiers’ bravery amidst the war’s chaos and tumult.

In the bridge, Knopfler makes subtle criticism of the man-made borders that prevent a universal brotherhood: “We have just one world/But we live in different ones.” The elegiac final verse sets the scene for the soldier’s final hour: “Now the sun’s gone to hell/And the moon’s riding high/Let me bid you farewell/Every man has to die.” With his closing words, he speaks a truth simple, profound, and, sadly, often ignored by the powers that be: “We’re fools to make war on our brothers in arms.”

All the while, Knopfler’s lyrical guitar releases the emotion pent up by the moody musical atmosphere and his controlled vocal. This gorgeous contrast makes the song a durable choice for movie and television soundtracks. (Children of the 80’s likely remember its memorable usage in the closing moments of the classic Miami Vice episode “Out Where The Buses Don’t Run”, featuring Bruce McGill as a crazed ex-cop.)

Thanks to Knopfler’s sensitive songwriting and heartfelt guitar heroics, “Brothers In Arms” has proven malleable enough to fit just about any setting. But it ultimately brings us back to that lonely mountain where we marvel at the humanity of soldiers even as we’re confronted with the inhumanity of war.