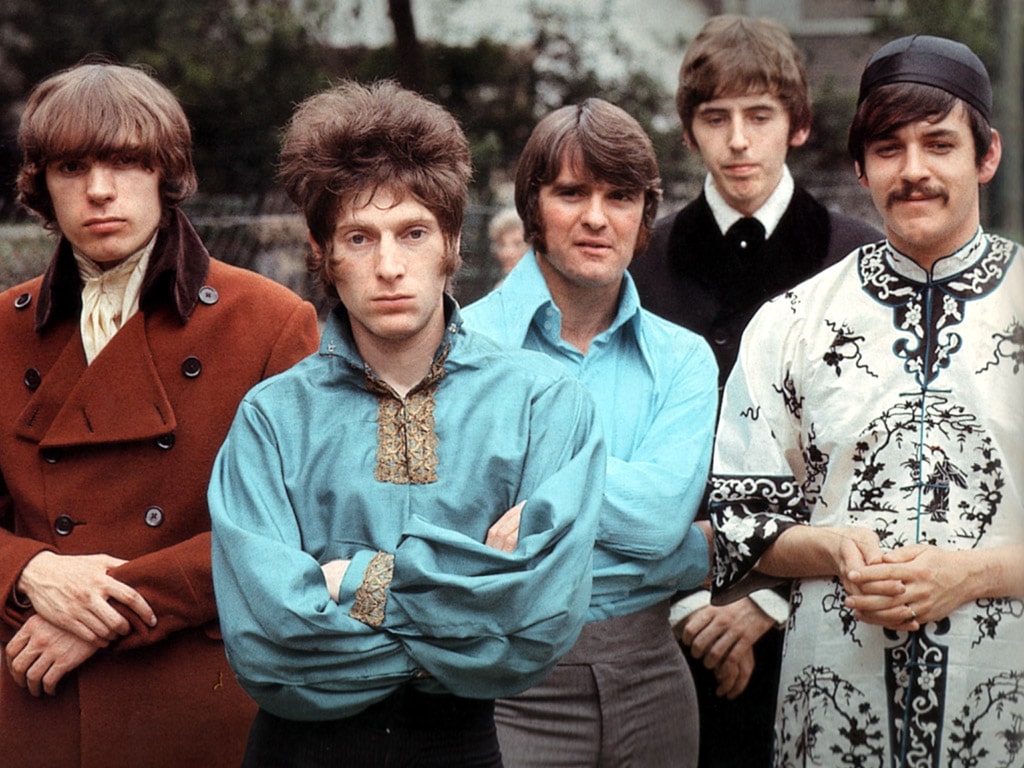 Behind the Song: Procol Harum, “A Whiter Shade Of Pale” The familiar adage, oft-repeated by musicians who have had hits and those who long for one, says that if anyone knew what exactly constituted a hit single, that formula could be repeated every time. But when you consider some of the concoctions that sounded ridiculous on paper and yet turned out to be pure magic when recorded, it’s clear that hit songs are produced by a combination of talent, inspiration, luck, and some sort of pixie dust that floats around recording studios but only alights on certain musicians at certain times, like it did for Procol Harum when they recorded “A Whiter Shade Of Pale.”

After all, who could have possibly predicted the success of “A Whiter Shade Of Pale,” which went to #1 in the UK in 1967, #5 in the US, and has outlasted so many other flower-power and psychedelic-flavored tracks from that era to be one of the most enduring songs of the 60’s? It was the first single released by a relatively unknown British band, it was driven by a classical organ part derived from Bach, and it featured some of the most inscrutable lyrics of the era.

Yet the moment that Matthew Fisher’s Hammond organ pierces the air, “A Whiter Shade Of Pale” is utterly mesmerizing. Procol Harum’s singer Gary Brooker was responsible for writing the music, although Fisher’s organ part was so prominent that he also eventually received a songwriting credit after a protracted court battle. Keith Reid, who served as the band’s chief lyricist, wrote the words that have confounded generations of fans who still can’t help but singing along.

In an interview with Uncut magazine, Reid shed a little light on the song’s origin and meaning. “I had the phrase ‘a whiter shade of pale,’ that was the start, and I knew it was a song,” he said. “It’s like a jigsaw where you’ve got one piece, then you make up all the others to fit in. I was trying to conjure a mood as much as tell a straightforward, girl-leaves-boy story. With the ceiling flying away and room humming harder, I wanted to paint an image of a scene.”

The general consensus is that “A Whiter Shade Of Pale” is a snapshot of a drunken sexual escapade gone awry. Yet the song defies a specific interpretation, instead conjuring various shades of melancholy which are embellished by the mournful music and Brooker’s pained delivery. Even when you can’t quite understand their meaning, Reid, who was clearly influenced by Dylan’s surreal story songs from the mid-60’s, writes lines that leave a lasting impact, right from the immortal opener: “We skipped the light fandango.”

Attempts to wrangle these lyrics into linear coherence are thwarted at every turn, in part by red herrings (Reid claimed that the line “As the miller told his tale” has nothing to do with Chaucer) and by the demands of pop radio (Two extra verses were excised to keep the running time low.) Don’t let it bother you. If you spend too much time trying to figure out Procol Harum’s “A Whiter Shade Of Pale,” you might miss out on its majestically-rendered sorrow.