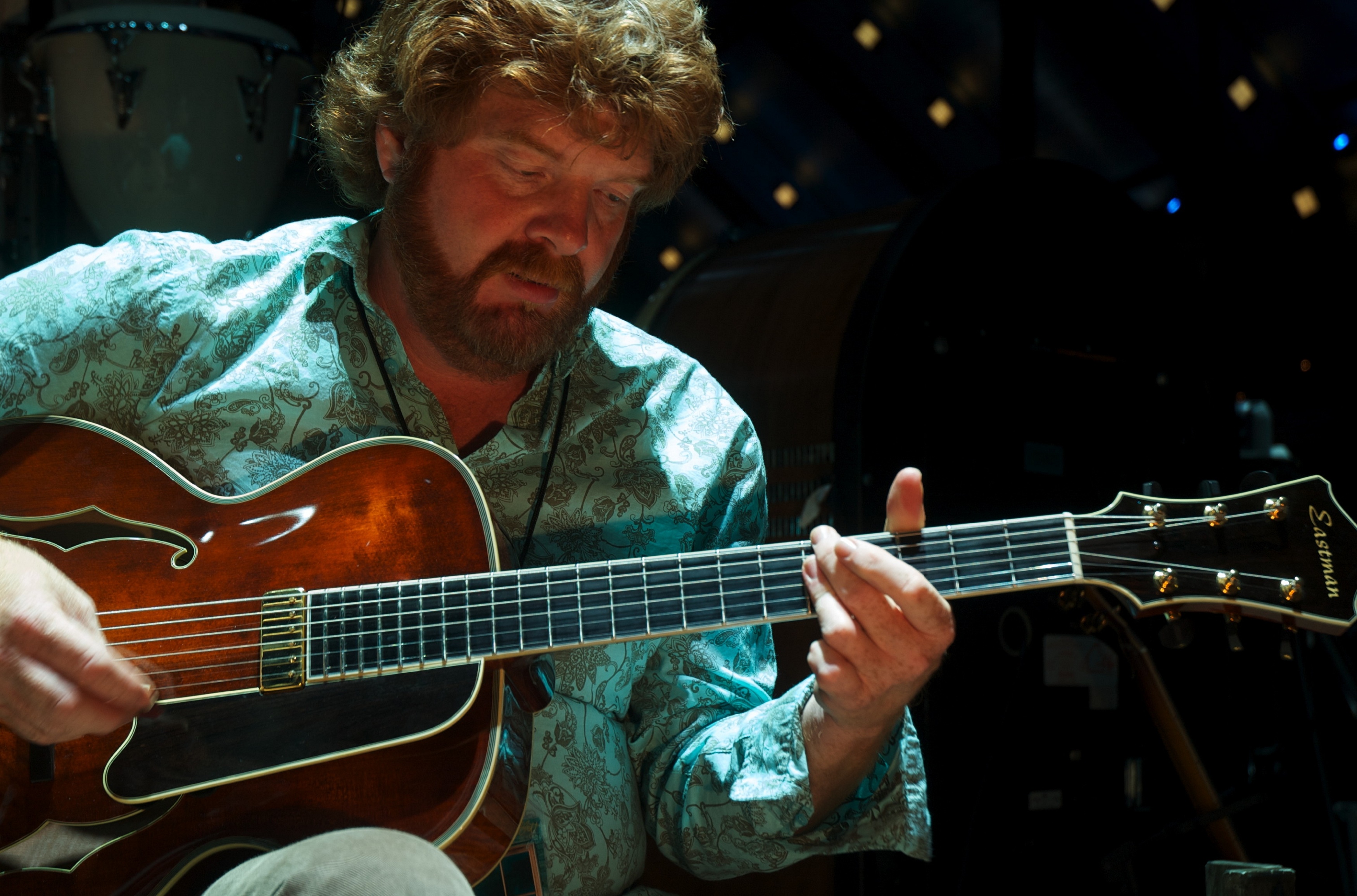 For more than three decades Mac McAnally has been a part of the music scene in Nashville and Muscle Shoals. Whether as a writer of hits like Alabama’s number one “Old Flame” and Kenny Chesney hits “Back Where I Come From” and “Down the Road,” as a producer of such acts as Sawyer Brown and the late Chris LeDoux, or as a longtime member of Jimmy Buffett’s Coral Reefer Band, McAnally has been in constant demand for one skill or another since his recording career began in the mid-1970s.

McAnally recently released a new live album, Live in Muscle Shoals, recorded in the historic Alabama music town where he maintains a studio. American Songwriter caught up with him during a couple minutes he had free in between writing, playing his own shows, working with Buffett, doing Nashville sessions with the likes of Lee Ann Womack and who knows what else on any given day.

You were signed to David Geffen’s label in the ‘80s, back in the day when Geffen was signing acts like John Lennon and Donna Summer. How did a Muscle Shoals guy like you fit in on a label like that, and was it difficult for you to get a deal with your own material?

As for fitting in on the label, I was certainly honored by the company on an artistic level. I probably wouldn’t have had the nerve to consider myself fitting into that group. David Geffen however told me something that I haven’t heard any other time in my life. He said he considered me a true artist and wanted to act as an old fashioned “Patron of the Arts” and support whatever I chose to do. I took a great deal of confidence from that and have benefited from his trust to this day. With regard to the material, I’m not any big deal as a singer and certainly was no matinee idol type so I can only imagine that my material was the primary reason I got the deal at all. I’m a writer first by choice and necessity.

You’re known as a great storyteller, both lyrically and in your live show. Was there any particular writer or performer coming up that inspired you to be the storyteller you’re known as today?

I’m sure that I was a sponge and was influenced by almost everything I heard musically. But the storytelling probably comes from two places. First the church. My mother was the piano player at church when I was young and we were always going to Baptist “association,” which was like a preaching competition with endless sermons over a two or three day period. I was very young and probably would have chosen to be elsewhere but I did take note of what did and did not work for the men, and a woman or two, in the pulpit. Secondly and probably a more direct influence were the old guys who sat on the “gossip bench” at the courthouse downtown and whittled and told stories. I was told not to hang around these guys and sat at their feet and listened to them for a big chunk of my early time. The new live CD is a response to years of being asked to record the stories that accompany the songs.

You’ve had cuts by Alabama, Kenny Chesney, Jimmy Buffett and many others. Do you have a song that was particularly hard to let go of?

When I wrote “Back Where I Come From” I thought that it was a hit, but also that it said something that I personally wanted to be the first to say. As a publisher I knew I was devaluing the copyright by singing it myself instead of passing it onto better and bigger singers, but I did it anyway. One of many of my classically bad business choices, but thankfully Kenny Chesney was kind enough to bail me out and cut it again. Thanks again KC.

You’ve co-written with folks like Jeff Hanna and Steve Wariner, but co-writing isn’t something that you’re known for, at least not in the traditional Nashville sense. You aren’t always in Nashville, but when you are, do you make a point to set up co-writes with others who have publishing or artist deals? Or is co-writing just something you do more spontaneously?


I still consider myself an apprentice as a co-writer. I have struggled at times to get to the proper concentration level in the company of others. It’s my own fault, I know, but I’m just naturally going to turn into the Southern farm boy and worry whether they need anything. I would say I’m a better host than co-writer. But in no way do I discount the method and I continue to give it a go. Most of my collaborations are project specific and I do like having a tangible goal. And with close friends like Jimmy we can just talk through the idea and trust each other to knock out our respective tasks after lunch. Or a few lunches.

You’re probably known as a guitar player more than anything, but you also play several instruments as well as anybody around. Do you write primarily on guitar, or do you sometimes write on piano or mandolin?

I’ve always said that any way in the door to a song is a good way to go. I write maybe a third of the time on piano and a third on guitar. The last third is either just writing in my head or an instrument I’m less familiar with, like mandolin or ukulele or bass or harmonica. I’ve been at this so long I enjoy being tricked into the notion that my standard moves are fresh so any new sound is stimulating. I remember writing a song at a Laundromat to the rhythm of my Converse tennis shoes in the dryer. An early drum machine prototype.

You’ve been around Nashville for the better part of three decades now and have seen a lot of changes and a lot of careers explode and die. What would you tell someone who is pulling into Nashville, especially someone who thinks they’re going to be a songwriter, to concentrate on his or her first 90 days in town?

My best advice would be to strike a balance between the wide-eyed fascination with Music City that is inevitable when you first arrive, and the task at hand, which is making the best music you can make. A lot of people err in favor of networking and make great connections but don’t have the goods to make use of the opportunity. I’ve heard more folks regret over-socializing than over-writing.

It may be hard for some to imagine after all your successes, but there must be someone you want to have cut one of your songs before you get to the end of the road. Who would that be?

It’s a long list. But people I admire as both writers and performers would be on top of it. Merle Haggard and Willie Nelson have always impressed on both levels. Emmylou Harris and George Strait. But I must say these are wishes for more icing on an already fine cake. I have been blessed with so many things I wouldn’t have known to dream of that I can’t with a straight face ask for anything. That doesn’t mean that I won’t be beating the ground trying to do it all better and differently.